One class of Alphabet shares costs more than the other, and the premium is not justified.

It's now been over a year since Alphabet (GOOG -2.57%) (GOOGL -2.45%) conducted its stock-split and implemented a triple-class share structure. Last year, the company further consolidated voting power among the triumvirate that is Larry Page, Sergey Brin, and Eric Schmidt by creating Class C shares that get no voting rights. These shares are the ones that currently trade under the ticker symbol GOOG, while the Class A shares that trade under the ticker symbol GOOGL are entitled to 1 vote per share.

Class A shares and Class C shares have the exact same economic and ownership rights entitled to them. The only difference between the two classes is a single vote. Now that things have settled down following the split, investors have a little bit more data to analyze. 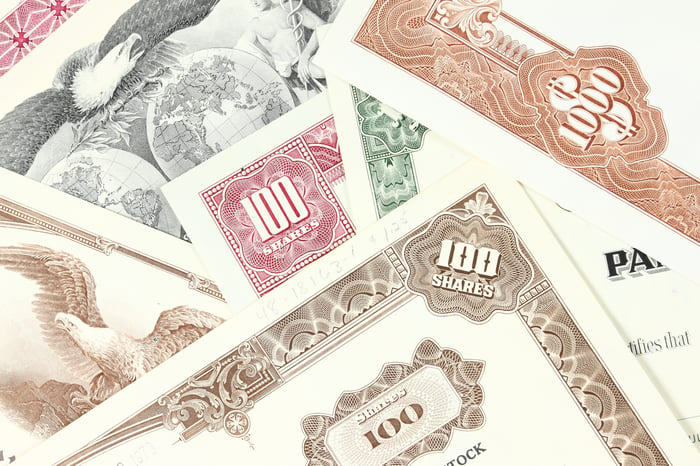 Since both A and C shares have the same economic value, both expectedly trade in lockstep of each other. Both shares trade with comparable volume and liquidity (both trade an average of 2.3 million shares per day), so should be reasonably comparable in terms of pricing efficiency. They rise and fall together, through the best of times and the worst of times. 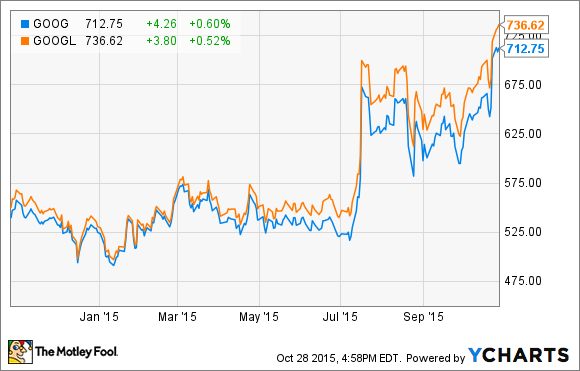 Without a doubt, a vote at Alphabet does have some value, and we can now get an idea of how much: $15. Well, technically, the average difference in the share prices over the past year has been $14.98, but I'm just going to go ahead and round that up to $15 for simplicity's sake.

But is it worth it?

Now we arrive at the real question that matters to investors: is that vote actually worth $15? Sure, any shareholder that held shares going into the split would have received one of each share class, but prospective investors that are considering buying shares will likely choose between one or the other. Shares are still pricey at over $700 a pop for individual investors looking to invest modest amounts.

Without getting into whether or not Alphabet is a buy or not right now, let's say that you've already done the legwork and decided that you want to invest in the search giant turned holding company. In that case, the cheaper Class C shares are the way to go. The lower price gives investors a slight discount to access the exact same earnings power.

Call me a skeptic, but I generally don't believe it's really worth it for individual investors to vote their shares. That's because large institutional investors that have much larger positions will often do so on behalf of their own investors, since instructional players will have more expertise and sway to potentially enact change if needed.

This is a broader trend. Broadridge Financial Solutions and PricewaterhouseCoopers recently released a report saying that collectively individual investors voting at corporate annual meetings has fallen from 31% in 2012, to 30% in 2013, to 29% in 2014, and then again to 28% in the spring of 2015. Meanwhile, institutional investors vote 90% of their shares collectively.

That's all generally speaking. Back to Alphabet, specifically, there's even less point in voting shares. Those super-voting Class B shares that get 10 votes per share easily outweigh any public opinion, and Larry, Sergey, and Eric controlled 60% of all voting power at the end of last year. Alphabet isn't necessarily alone in this regard.

Facebook (META -1.64%) is also controlled by Mark Zuckerberg, who retains nearly 54% of all voting power through his Class B shares. On top of that, Zuckerberg has proxy voting rights for an additional 6.2% (those owned by Dustin Moskovitz), bringing his effective voting power to 60.1%. While Alphabet's control is at least split up among three people, in which case some semblance of consensus is necessary for major strategic decisions, Zuckerberg rules Facebook with an iron fist.

Voting is truly futile for individual Alphabet investors. You might as well save the $15.