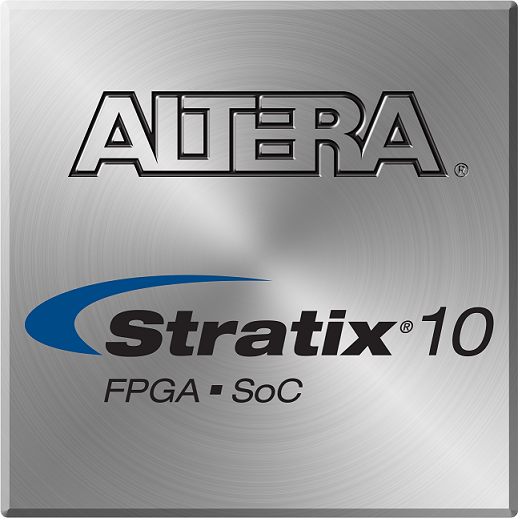 Earlier this year, Intel (NASDAQ:INTC), which is the dominant vendor of chips that go into servers, announced it would purchase programmable logic chipmaker Altera (NASDAQ: ALTR) for a whopping $16.7 billion -- a hefty sum even for a company as large and as profitable as Intel.

From a strategic perspective, I believe Intel's purchase of Altera is an absolutely fantastic idea. FPGAs themselves have been gaining traction in the data center and if Intel can successfully integrate leading-edge FPGAs into its Xeon microprocessors, this should allow Intel to defend its market share and even boost its average selling prices for server chips in the years ahead.

More importantly, though, AMD thought it could create significant value by integrating ATI's graphics technology with its CPUs into a single chip.

The idea ultimately proved to be correct; today, the vast majority of PC microprocessors that ship today feature CPU cores and GPUs on the same piece of silicon. However, AMD's execution of that idea was poor as its integrated parts didn't offer competitive CPU performance.

Today, AMD's share in both PC processors as well as in stand-alone graphics processors is extremely low as its competitors have out-executed the struggling chipmaker on both fronts.

What does this have to do with Intel and Altera?
Although Intel is unlikely to suffer the same fate that AMD did following the ATI acquisition simply because integrated FPGAs and CPUs represent incremental opportunities rather than a fundamental reshaping of its core PC/server businesses, there exists a real risk that Altera winds up exactly like ATI did postacquisition.

In that case, the acquisition could ultimately prove a bust for Intel.

Why bring this potential risk factor up?
The reason I am even bringing up this particular risk factor (which exists any time a major M&A transaction occurs) is that there are already signs out in plain sight that this integration might not go as smoothly as Intel hopes.

The biggest red flag is that Altera's chief rival, Xilinx (NASDAQ:XLNX), has already announced it is sampling next generation FPGAs built on TSMC's (NYSE:TSM) 16-nanometer FinFET Plus manufacturing process. In contrast, although Intel and Altera had originally targeted the completion of the design of their first FPGA on Intel's 14-nanometer technology (known as Stratix 10), neither Intel nor Altera has yet to announce sampling availability of Stratix 10.

This might suggest that Xilinx will beat Intel/Altera to the punch in bringing to market a 14/16-nanometer class high-end FPGA. According to Intel CEO Brian Krzanich, the FPGA vendor that is first to a given manufacturing technology generally enjoys a market segment share advantage over the one that is second to the leading edge manufacturing technology.

Additionally, Xilinx has said that it plans to introduce products built on TSMC's 7-nanometer process at some point in 2017. I suspect this will be sampling availability with commercial availability in 2018. At any rate, Altera will have to fight this part with an FPGA built on Intel's 10-nanometer manufacturing technology.

There aren't too many details available about TSMC's 7-nanometer process yet, but based on public statements from TSMC, it should actually provide comparable, if not better, logic density to Intel's 10-nanometer technology.

Intel will surely talk more about Altera later this month
On Intel's July earnings call, CEO Brian Krzanich said the company will provide a "deeper discussion" of the "value drivers" underpinning its strategy to acquire Altera during its Nov. 19 investor meeting.

As an Intel stockholder, I hope Intel answers the following:

The Altera buy certainly has the potential to open up significant opportunities for Intel, but it's going to be a long while before investors will be able to judge whether the acquisition was successful or not.