Please ensure Javascript is enabled for purposes of website accessibility
Log In Help Join The Motley Fool
Free Article Join Over 1 Million Premium Members And Get More In-Depth Stock Guidance and Research
By Adam Levy - Nov 8, 2015 at 8:00AM

Vine isn't a social network; it's an entertainment platform. 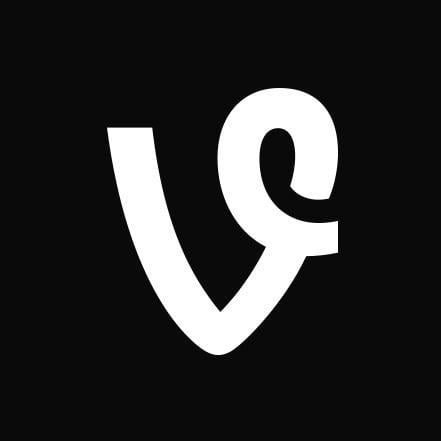 Back in August, Vine -- the 6-second-video platform owned by Twitter (TWTR 1.19%) -- introduced a new feature for users to include licensed music in their posts. Within the announcement, Vine let slip that it now has 200 million viewers every month. While that's still just half of the active user base of the oft-compared Instagram, it's pretty significant for Twitter, which sports just over 300 million active users for its flagship platform.

But Vine doesn't see itself competing with the Facebook (FB -0.49%) subsidiary. Instead, it believes it can compete with another tech giant subsidiary -- Alphabet's YouTube. Vine is becoming more of an entertainment platform and less of a social network.

Pivoting from social to entertainment
In a recent interview with Re/Code, Vine's general manager, Jason Toff, explained how Vine is just now catching up with how people use it:

When Vine started it was a social network. ... But what we've found -- and this started happening a few months within [Vine's] starting, but we've really only started to embrace it this year -- is that the way people are most successful using Vine is as an entertainment network. So if you look at the product releases we've focused on, you'll notice that there's a trend toward this entertainment aspect.

And Toff is one of the best people to nurture Vine's entertainment value. Before joining Vine, he was a product manager at YouTube, which also had a similar experience, shifting from a place to post homemade videos such as "Me at the zoo" to a full-fledged entertainment platform with scripted series and now a subscription product.

Vine currently doesn't monetize any of its content directly, but Twitter recently purchased a company called Niche, which specializes in connecting talent on Vine (and other platforms) with companies. The team at Vine is currently focused on growing Vine's audience and nurturing talent through features in its Explore tab and by reaching out to top contributors.

Room to grow
Toff indicated that most of Vine's views come from within the app or website, although Vines do occasionally go viral, spreading to other platforms. Vine's current growth strategy is focused on what the company can do to bring more people to Vine instead of what it can do to spread Vines to more websites and apps.

Twitter is taking a double-sided approach with its flagship platform's content. It recently updated the product to include Moments, curated collections of tweets about specific events and topics. At its developer conference, however, it released new tools for developers to embed more Twitter content in their websites and apps.

YouTube grew to immense popularity by making it easy to share content on just about any platform imaginable. Vine offers similar sharing tools, but it's not actively working with developers to promote distribution.

As more people access the Web through mobile, Vine's 6-second format lends itself well to the snackable content people crave while standing in line or commuting to work (on public transit -- please don't watch Vines and drive at the same time). Making it easy for people to consume that content however they want could help Vine grow its viewership.

The potential is there
Now that Facebook has opened up Instagram's ads API to everyone, analysts are making bold predictions about the value of the photo-sharing app. While 200 million viewers is still only half of what Instagram has, and engagement might not be as strong on Vine as Instagram, keep in mind that Twitter's market cap is just one-fourteenth that of Facebook's. So Vine could be just as valuable to Twitter as Instagram is to Facebook.

Meanwhile, YouTube sees about 1 billion viewers per month -- five times as many as Vine -- and reportedly generated $4 billion in ad revenue in 2014. Pre-roll ads might not work for Vine since its videos are so short, but it has the benefit of a feed and the Explore tab, where it could insert promoted Vines, similar to Twitter's promoted tweets.

If Vine can monetize its users at just 25% of the level of YouTube, it would generate $1 per viewer per year. That could provide a 10% bump in Twitter's total ad revenue. Add in the potential for growth, and Vine could be a major piece of Twitter's future.