To beef up the security of its ecosystem, Microsoft (NASDAQ:MSFT) recently bought Israeli cybersecurity firm Secure Islands. Microsoft didn't disclose the price, but several reports estimate that the deal was worth $77 million to $150 million. Microsoft plans to incorporate the company, which develops security tools for SharePoint and Exchange, into its Azure Rights Management Service. 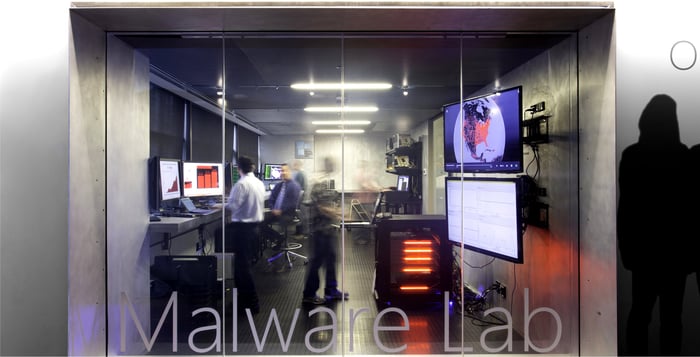 The rise in data breaches
Over the past year, many major companies have been hit by devastating data breaches. The Identity Theft Resource Center reports that as of Nov. 10, 175.7 million records have been exposed in data breaches this year. That's up from 85.6 million in 2014. The average cost of a data breach has also risen 23% over the past two years to $3.8 million, according to a recent report from IBM (NYSE:IBM) and Ponemon Institute.

Faced with those alarming numbers, cybersecurity has become a top priority for enterprise customers. Since Microsoft, IBM, Amazon (NASDAQ:AMZN) and other cloud platform competitors need to tether those customers to their cloud ecosystems, they must prove that their systems are secure. Over the past two years, IBM acquired cloud security firms CrossIdeas, Lighthouse, and Trusteer (another Israeli company) to strengthen its $2 billion purchase of cloud computing giant SoftLayer Technologies.

Why Microsoft needs to fortify the cloud
Various versions of Windows are installed on nearly 90% of all PCs worldwide. Its newest version, Windows 10, has been installed on 8% of all PCs since launching in July. Microsoft hopes to leverage the dominance of its OS to gain more customers for its top cloud services -- Office 365, Dynamics CRM, and Azure.

CEO Satya Nadella believes that these pillars of growth will help Microsoft generate $20 billion in annual cloud revenue by 2018. That would be more than double the annual cloud run rate of $8.2 billion that it reported last quarter. To achieve that goal, Microsoft needs people to trust the deepening connections between its OS and cloud services.

Over the past few months, privacy concerns regarding how Windows 10 backs up personal data to the cloud have surfaced. Considering Windows' track record with viruses has been spotty over the past few decades, it's easy to see why customers are nervous about storing their personal information on Microsoft's cloud. Companies likely have similar reservations about Azure, since hackers took the entire cloud platform down for half a day in 2013. To prevent enterprise customers from switching over to rival platforms like Amazon Web Services (AWS) and IBM's Bluemix, Microsoft must fortify Azure by purchasing firms like Secure Islands.

Why the cloud matters
Microsoft and IBM are both trying to use the cloud to diversify away from their slower-growth core businesses. For Amazon, AWS evolved from its e-commerce platform's backbone into an all-in-one cloud solution which now hosts some of the largest websites in the world. AWS also has higher operating margins than Amazon's main e-commerce business.

Last quarter, IBM reported an annual run rate of $4.5 billion for its cloud services, which are mainly supported by its hybrid IaaS/PaaS platform Bluemix. Amazon's AWS, a similar platform service, has an annual run rate of $7.3 billion. Microsoft's cloud service run rate of $8.2 billion initially seems higher, but most of that revenue was generated by Office 365. Azure, which competes against Bluemix and AWS, likely only generated about a fifth of that total, according to Forrester Research.

More security purchases ahead
Data breaches, demand for cloud platforms, and competition between major tech companies will all likely increase in the near future. Whichever cloud platform has the most features, beefiest security, and the most reasonable price will pull ahead. Microsoft, IBM, Amazon, and other cloud rivals are likely to gobble up more companies like Secure Islands to become the best all-in-one cloud solution for enterprise customers.