Please ensure Javascript is enabled for purposes of website accessibility
Log In Help Join The Motley Fool
Free Article Join Over 1 Million Premium Members And Get More In-Depth Stock Guidance and Research
By Selena Maranjian - Nov 21, 2015 at 9:44AM

It's possible to become a billionaire, but it's not easy. Becoming a millionaire is much easier, though.

If you're wondering how to become a billionaire, it can seem like you need to be born one, but that's far from the case. According to the folks at the Wealth-X research firm, only 13% of the billionaires out there inherited their billions. About 27% did inherit a lot of money and then grew that sum to a billion or more, but about 60% of billionaires became billionaires on their own. Let's explore how you might do the same -- or at least grow considerably richer than you are right now.

How to become a billionaire
It's possible to become a billionaire, but it's not easy. Even if you could invest a whopping $50,000 per year in the stock market for 25 years and earn an average annual return of 10%, you'll end up with less than $6 million. If you turn out to be an incredibly savvy (or incredibly lucky) investor and you average annual gains of 30% (which, by the way, would outpace even Warren Buffett's 50-year average with his Berkshire Hathaway company), you'd end up with only about $150 million.

Still, it's possible to become a billionaire -- perhaps if you start a very successful company. Activision Blizzard, for example, is buying King Digital Entertainment, maker of the Candy Crush game, for almost $6 billion. King Digital traces its roots back to just 2003. Great fortunes can be built in a relatively short time.

Here's a bit more guidance: Per the UBS/PwC 2015 Billionaire Report, there are three personality traits common in billionaires that are key to entrepreneurial success:

Lottery tickets are not a great example of smart risk-taking. Image: Pixabay.

Smart risk-taking: Many of us don't have this quality. We take on a lot risk, by taking chances on penny stocks or by chasing overpriced high-flying stocks or buying lottery tickets. Instead, we need to embrace rational risk, where there's a decent chance of success. We might reduce risk, too, by seeking undervalued investments that offer greater margins of safety.

Instinct for asymmetrical opportunities: This is described as seeing opportunities that others would pass up but that you might profit from because of your unique skills or knowledge. This is often how great businesses are born, when someone dares to tackle a problem or improve the status quo because they can.

Recovery from failure: This is also critical, because too many people just quit after a defeat or two. If you give up on stock investing after a market crash, you're being short-sighted, because the market tends to rise, just not in a straight line. If your book is rejected by a publisher, keep trying other publishers -- or other books. If your business suffers a huge setback, see how you might keep going.

If you're thinking you're probably not going to become a billionaire, take heart: You may be able to become a millionaire instead, which is still pretty good. 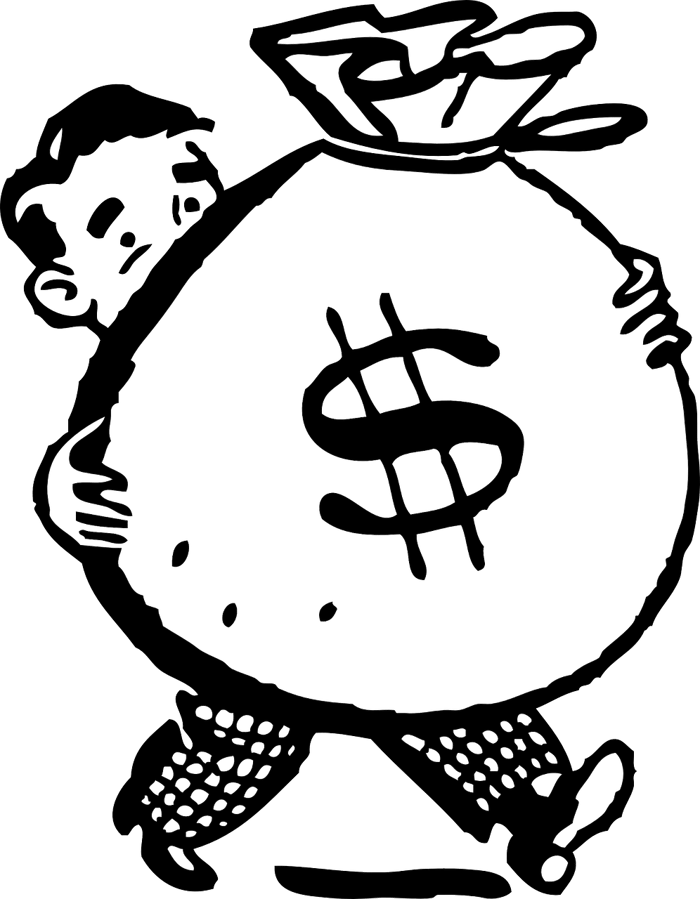 Diligent, persistent investing can turn a few dollars into a lot. Image: Pixabay

How to become a millionaire
Becoming a millionaire is achievable if you have time, patience, discipline, and perhaps a little luck. Consider that the stock market has grown by an annual average rate of close to 10% over many decades. If you still have 25 years to retirement and you can sock away $10,000 per year in a broad-market index fund, you can end up with almost $1.1 million, if the market averages 10%. If it averages 8%, you'll amass close to $800,000, which is still pretty solid. Withdrawing just 4% of that in retirement per year can get you $32,000. Add Social Security to that, which was recently averaging about $16,000 per retiree, and you're at nearly $50,000 in annual income.

One way or another, if you take reasonable risks and don't give up, you should be able to build significant wealth -- enough to provide for yourself in retirement and perhaps even enough to become a millionaire. If you have a brilliant idea or two, along with great perseverance, skill, and a little luck, becoming a billionaire isn't out of the question, either.

Longtime Fool specialist Selena Maranjian, whom you can follow on Twitter, owns shares of Activision Blizzard and Berkshire Hathaway. The Motley Fool owns shares of and recommends Activision Blizzard and Berkshire Hathaway. Try any of our Foolish newsletter services free for 30 days. We Fools may not all hold the same opinions, but we all believe that considering a diverse range of insights makes us better investors. The Motley Fool has a disclosure policy.