Qualcomm (NASDAQ:QCOM) recently bounced back from a five-year low after it signed a new 3G/4G royalty-bearing license agreement with Chinese smartphone giant Xiaomi. In the press release, Xiaomi CEO Lei Jun stated that the license "will play an important role in helping us bring the newest and most innovative products to our growing customer base." To understand why this agreement caused Qualcomm stock to jump 5% in a single day, we should discuss Qualcomm's past licensing woes in China.

Qualcomm's licensing headaches
Qualcomm earns a 3.5% to 5% cut of the wholesale price of every smartphone sold worldwide through its CDMA licenses. However, the Chinese government considered that fee to be anticompetitive. In February, it slapped Qualcomm with a $975 million antitrust fine, then forced it to calculate its fees based on 65% of the wholesale price instead.

Since that new rule only applied to Chinese phones sold in China, critics considered it a protectionist strategy to bolster margins for domestic players like Xiaomi and Lenovo against foreign competitors. But even after that settlement was reached, many Chinese OEMs  continued underreporting shipments to pay Qualcomm lower licensing fees.

To get everyone on the same page and collect back royalties, Qualcomm started pressuring Chinese OEMs to sign new long-term patent-licensing agreements under the new terms. To date, ZTE and Xiaomi have signed new agreements with Qualcomm, but other big players like Lenovo and Huawei have remained silent. Xiaomi was likely an easier target for Qualcomm, since its investment arm, Qualcomm Ventures, owns a stake in the company.

More licensing pain ahead
Last quarter, Qualcomm's licensing business only generated about a third of its revenue but accounted for 86% of its pre-tax earnings. The unit's revenue fell 1% annually as its operating profit dipped 3% due to the aforementioned problems in China.

In November, the licensing unit came under fire again after the South Korean government launched a fresh antitrust probe into Qualcomm's licensing fees. The Korean argument was similar to the Chinese one -- that its domestic OEMs shouldn't be required to pay Qualcomm licensing fees based on the wholesale price of the entire phone. Since South Korea is home to major smartphone makers like Samsung (NASDAQOTH: SSNLF) and LG, an adverse ruling could seriously hurt the unit.

Offsetting its chipmaking blues
Qualcomm needs its licensing business to stabilize to soften the blow from ongoing problems in its chipmaking business. Over the past year, the unit has struggled against rivals like MediaTek, Samsung, and Intel (NASDAQ:INTC). All these companies are trying to displace Qualcomm's application processors and wireless modems with their own chipsets. 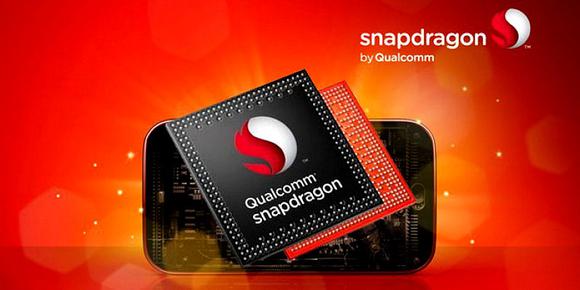 MediaTek and Intel have been targeting low-end markets with cheap reference designs. Intel's Atom X5 recently won a place in Xiaomi's new Mi Pad 2, which could serve as a steppingstone toward winning future smartphone designs.

Earlier this year, Samsung replaced Qualcomm's application processor and modem with its own silicon in its newest flagship devices. That move forced Qualcomm to dramatically slash its sales estimates for the full year. Huawei also makes most of its own chips internally. That's why Qualcomm's chipmaking revenue fell 25% annually last quarter as the unit's operating profit plummeted 73%.

Nonetheless, the agreement shouldn't be considered a silver bullet for Qualcomm's problems in China. Other major Chinese OEMs could keep dodging licensing agreements, while rival chipmakers like MediaTek and Intel might gain ground with cheaper chips. That's all bad news for Qualcomm, which generates about half its revenue from China.

Despite these problems, investors also shouldn't overlook Qualcomm's recent progress in data centers, connected cameras, and Internet of Things devices -- all of which could gradually diversify its business away from mobile devices. The stock also trades at just 16 times earnings, which is cheaper than the industry average P/E of 22, and it still pays a decent forward yield of nearly 4%.