The passage of the Affordable Care Act in 2010 included carrots and sticks designed to encourage people to sign up for insurance, so if you chose to go without health insurance in 2015, you may get an unpleasant surprise at tax time.

Who doesn't pay?
The vast majority of Americans will once again check off the box on their tax returns stating that they had health insurance this year, but those didn't are going to be hit with a fine unless they qualify for one of a myriad of exemptions. These run the gamut from incarceration to participation in a healthcare-sharing ministry, but the ones that people will most commonly claim are the income-related and hardship exemptions.

For 2015, a person can claim an income-related exemption if:

The first of these two exemptions appears pretty straightforward, but don't be tripped up by the details. You'll want to evaluate the lowest cost plans available through the exchange and the cost of any plan that may be available through work or through a spouse. Additionally, this calculation is based on household income, not individual income, so don't forget to include a spouse's wages when running the numbers.

The second of these exemptions is straightforward. According to TurboTax, the cut-off for having to file an income tax return for 2015 is $10,300 for individuals under 65. If a person's income is below that level, then the IRS doesn't require a filing and therefore, they will pay no Obamcare penalty.

The conditions that qualify you for a hardship-related exemption include:

The list of hardship exemptions is pretty long, but all of these exemptions come with caveats, which means qualifying for them won't be as simple as saying these things happened to you.

The Healthcare.gov website offers the details on exactly who can claim these exemptions here, and everyone who thinks that they'll file for an exemption should investigate further, but generally people filing for one of these exemptions are required to provide proof that they qualify.

For example, to qualify for the eviction or foreclosure exemption, a person needs to submit an application that includes an eviction or foreclosure notice dated within six months of the day a person signs the exemption application. Similarly, if claiming the utility exemption, a copy of the shut-off notice must be submitted with the application. Also, documentation backing up spending is required when claiming exemptions related to spending or debt related exemptions too. 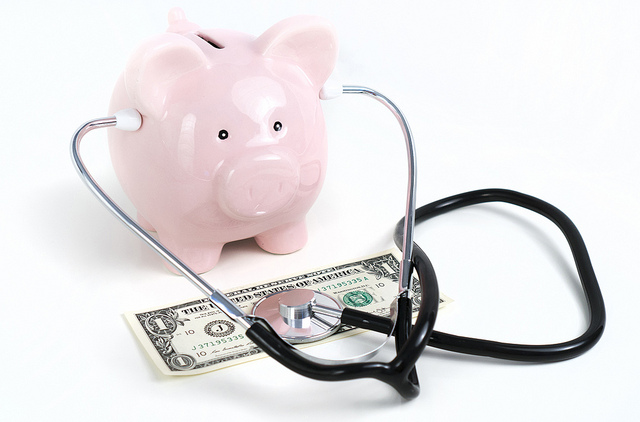 How big is the penalty?
If you don't qualify for an exemption and have to pay the Obamacare penalty, then you'll notice that the cost of not have health insurance has gone up.

Remember, the penalty is the higher of the amounts you come up with when using these two methods, not the lower amount, so don't underestimate how much you may have to pay.

Overall, the best way to avoid the penalty (and sky-high medical costs associated with an unforeseen illness or injury) is to get health insurance, but if you can't, then one of these exemptions may allow you to avoid the penalty when you file your 2015 taxes, so don't forget to see if you qualify.