Star Wars is going to be huge for Disney. Under Armour and Hasbro are two of the other companies poised to benefit, while helping Disney. 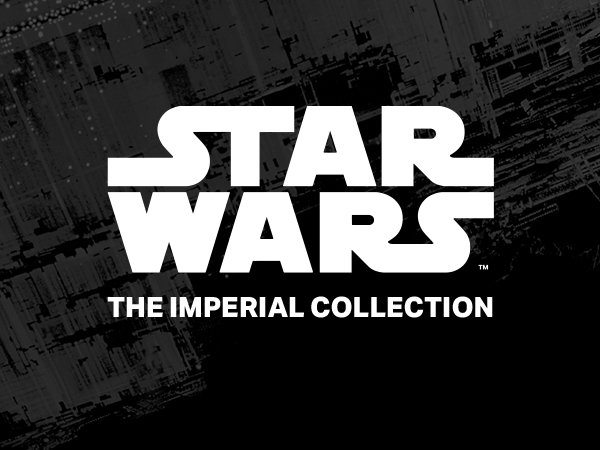 The Walt Disney Company (DIS -0.15%) will soon be releasing its first Star Wars film since it acquired Lucasfilm back in 2012. Pre-sales of tickets for the movie are already breaking records and it's becoming quite clear that CEO Bob Iger has struck gold with an acquisition yet again. With the goal of releasing a Star Wars branded film every year for as long as people will buy tickets, I think it's safe to assume that Disney will make a very nice return on its investment in just the movie space.

Fortunately for Disney shareholders, this is just the tip of the iceberg. The company is planning Star Wars-based theme park additions, will surely create other digital content, and has already been a part of a new video game release. As Disney does better than seemingly any other company, it has also rolled out a bevy of licensing deals. Let's take a look at two of those and examine how they become symbiotic business arrangements.

In 2013, Hasbro (HAS -8.11%) paid Disney $225 million for Star Wars merchandising rights. Last month, there were reports of supply shortages for Star Wars toys produced by Hasbro, which indicates the massive interest in the brand. The company was ramping up production to be ready for the Dec. 18 release of the film.

Having supply issues is certainly a better problem for a business than having demand issues, and I expect Hasbro will be very happy with its investment long before the agreement expires in 2020.

Flash, free advertising, and some differentiation

Under Armour (UAA 2.95%) is another company jumping on the Star Wars band wagon. The company released a line of clothes called The Imperial Collection, which includes compression shirts, graphic tees, and sweatshirts with some of our favorite Imperial imagery. This is certainly less of a needle-mover for both companies than the Hasbro deal, but it also serves an interesting purpose.

Disney is getting paid to let Under Armour outfit athletes, weekend warriors, and trendy kids with advertisements for its films. Under Armour gets a product that may drive Star Wars fans to its site for the first time, generate some free press, or put an Under Armour product in the hands of a new type of customer. If someone loves the quality of her Darth Vader shirt, there's a good chance she'll go back to purchase non-Star Wars branded merchandise as well.

Symbiosis is success in business
These two arrangements that Disney has orchestrated are reference points for what has made Disney such a stellar investment over nearly any holding period in its history. The arrangements help all parties rather than requiring one to beat the other. When the Hasbro Star Wars deal runs out in 2020 (assuming it's not renewed before then), both companies should be in an enviable position.

Hasbro will have seven years of expertise making and marketing toys for the brand and should be in the best position to properly value and win a new arrangement with the House of Mouse. Disney will be able to point to the profits brought in by the toy producer as well as the slate of films still to come and demand a check for far greater than the $225 million it received in 2013. Most importantly, a relationship has been established that ensures quality control, trust, and hopefully billions of dollars of profit for shareholders.

It's been said that you can judge a person by the company that he keeps. This is true in business as well. I own shares in all three of these businesses and plan to for many years to come. Some of the factors that drew me to them surely brought them together as well. These are three companies that are easier to understand than most, touch our day-to-day lives, and will make good long-term investments as part of a diversified portfolio.

James Sullivan owns shares of Hasbro, Under Armour, and Walt Disney. The Motley Fool owns shares of and recommends Hasbro, Under Armour, and Walt Disney. We Fools may not all hold the same opinions, but we all believe that considering a diverse range of insights makes us better investors. The Motley Fool has a disclosure policy.