The need to cut overall response rates in a key trial backing up the potential approval of its lead drug caught investors by surprise.

What: After announcing that the response rate on its lead cancer drug is less than previously reported, shares in Clovis Oncology (CLVS -3.42%) cratered 68.5% in November.

So what: Clovis Oncology had already filed for approval of rociletinib, its therapy for the treatment of lung cancer patients with a specific genetic make-up, when it reported last month that fewer patients were responding to the drug than were thought to be responding earlier in the year.

According to the company, maturing data resulted in overall response rates, including both complete and partial responses, plummeting from 53% to a range of 28% to 34%, depending on dosing.

The most common reason for the lower response rates were either disease progression or the discovery that tumors hadn't shrank by more than 30%.

The company's admission casts doubt on when Clovis Oncology's C-suite knew that the overall response rates were lower than investors had been told and whether any knowledge of these lower response rates should have been communicated to investors sooner.

Nevertheless, Clovis Oncology's revelation may result in a delay to the expected timeline for the FDA's decision on rociletinib, a decision by the FDA not to approve rociletinib, or the FDA requiring additional studies proving rociletinib's efficacy before approving it. 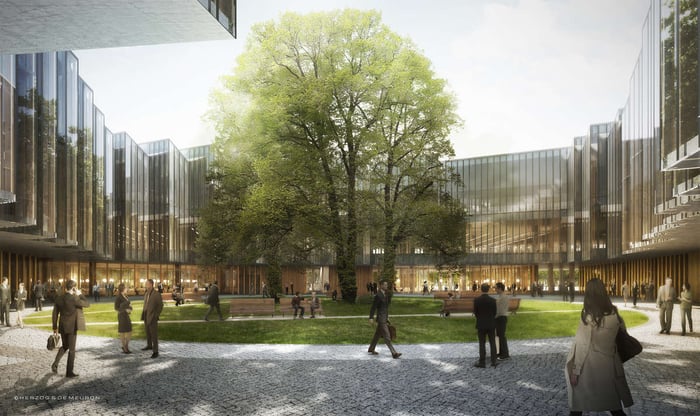 Now what:  None of those scenarios are shareholder friendly, because any delay to market gives AstraZeneca (AZN 0.46%) more time to build up momentum for Tagrisso, a drug that works similarly to rociletinib and that won FDA approval last month.

In trials, the response rate to AstraZeneca's Tagrisso was 59%, and because the five-year survival rate for lung cancer is only about 20%, Tagrisso may now be the best-in-class option for addressing what is a significant unmet need for new therapies for these patients.

However, all might not be lost for Clovis Oncology. Tagrisso won't work for every patient and people with the T790 mutation targeted by these drugs have few treatment options. Therefore, it's possible that the FDA will approve rociletinib for use in patients who fail to respond to Tagrisso.

Clovis Oncology also has rucaparib, an intriguing PARP-inhibiting cancer therapy, in the works. Rucaparib is being studied as a treatment for ovarian cancer patients with BRCA mutations, and results from a late-stage trial that could support a FDA filing for approval are expected next year.

Overall, because the verdict isn't in on rociletinib and we don't have the rucaparib late-stage results yet, this is one risky stock (especially since AstraZeneca has pole position). Regardless, speculative investors willing to accept the risk of a FDA no-go on rociletinib and a rucaparib trial failure may want to keep an eye on Clovis Oncology, because if it does notch approvals for these drugs, it could be generating revenue as early as 2017.