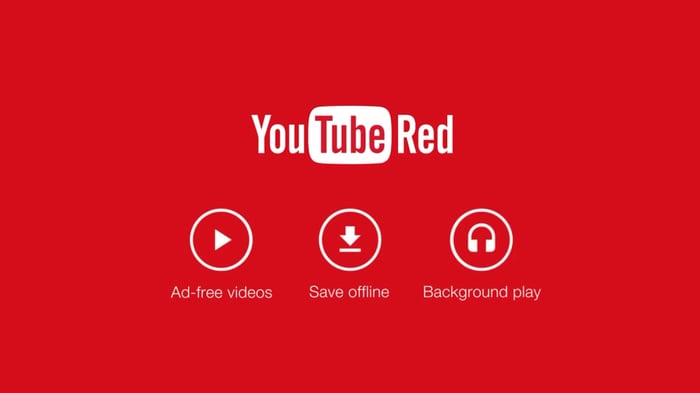 Streaming video-on-demand services such as Netflix (NASDAQ:NFLX), Amazon.com (NASDAQ:AMZN) Prime, and Hulu spend billions of dollars every year to license content from movie and television studios. Over the past couple of years, prices have increased as the competition heats up and all of the major players are vying for exclusive deals.

Now, there might be one more deep-pocketed competitor to bid against. The Wall Street Journal reports that YouTube is in talks with Hollywood studios for the rights to license new television and movie content for its recently launched YouTube Red service. With the backing of parent company Google -- a subsidiary itself of holding company Alphabet (NASDAQ:GOOGL) (NASDAQ:GOOG) -- YouTube will have plenty of cash for licensing content.

Big budgets getting bigger
Next year, Netflix plans to spend $5 billion on content to serve both its huge domestic subscriber base and international expansion efforts. That's more than a 50% increase in content spending over this year's estimated budget. Amazon and Hulu are each expected to spend about $1.5 billion on content this year but don't release details for future content plans. Rest assured, both will spend hundreds of millions more next year to keep up with Netflix.

Netflix already plans a huge expansion in content spending, so it's prepared as new competition enters the market. Part of that expansion will be its licensing deal with Walt Disney (NYSE: DIS), put in place back in 2012. Netflix will gain the exclusive rights to Disney's feature films released in 2016 and beyond, including Marvel, Pixar, and Star Wars releases. (The Force Awakens won't be part of that deal, since it will be released this year.)

Netflix is also investing heavily in original content. The company expanded its original content budget to an estimated $450 million this year, up 88% from last year. With more in-house production starting up next year, Netflix will probably spend even more. The same is true for both Amazon and Hulu, which have steadily invested more in originals to further differentiate their services.

With 1 billion monthly viewers for its free ad-supported video site, YouTube has a huge launching pad to compete with Netflix and Amazon. And with Alphabet's $70 billion in cash and short-term investments, it has plenty of money to spend on content. That makes it a legitimate threat to Netflix and Amazon.

The Wall Street Journal article notes that YouTube is apparently interested mostly in the exclusive streaming rights to new movies and television shows, which would put pressure on Netflix, Amazon, and Hulu to either produce even more originals or spend more to license content.

The impact on budgets
Netflix has been shifting its content budget more and more toward originals, and it already has huge content budget expansion plans for next year and beyond. The entry of YouTube could prevent it from obtaining all of the licensed content it wants within its budget. We've seen Netflix deal well with missing out on content rights before, including its loss of Viacom's content to Amazon and Hulu in 2013 and the recent loss of EPIX content. Ted Sarandos has done an excellent job walking away when the terms don't fit into Netflix's long-term plan or budget.

Amazon, meanwhile, has successfully turned Prime into a real Netflix competitor. While licensing costs would  probably rise with the entry of YouTube, Amazon could certainly afford to pay for them because of the impact Prime subscriptions have on its retail segment. Prime members spend more on Amazon.com.

For Alphabet investors, YouTube's entry into costly licensed content could help it move the needle on revenue, but could fail to do more than keep it chugging along at breakeven profitability. To be sure, it's a long-term bet to take on Netflix and Amazon and keep users interested in everything else YouTube has to offer.