Zillow has created another product that makes it easier for Premier Agents to succeed. This is a prescient business decision for the company. 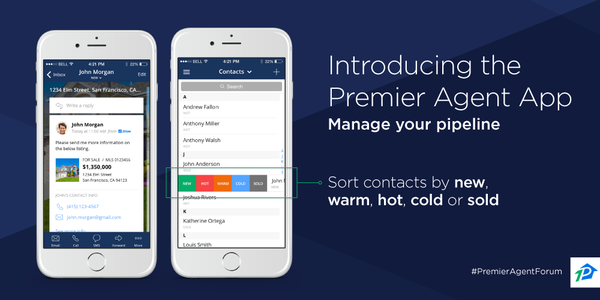 Zillow (Z 3.44%) (ZG 3.32%) captures over 23% of all real estate website visits in the United States and has become one of the industry's major players. A new app that better connects it to real estate agents should allow the company to better monetize this mindshare dominance and lead to increased shareholder returns.

Historically this was a clear distinction. When Hershey's makes a chocolate bar, that's the product; the customer is either the retailer or the end customer if sold directly from Hershey's. But companies like Alphabet and Facebook have made this relationship less clear. With these companies the product is you, the user; the customers are the companies that purchase the advertising that pops up in your searches and on your feed.

To this end, it first appeared to be an innate conflict between Zillow and real estate agents, as Zillow appeared destined to become a one-stop shop that would drive realtors out of business. But quite the opposite has occurred. Instead of driving realtors out, Zillow offers them a compelling service that expands their reach, provides them with tools to increase sales, and at the same time enriches Zillow.

The house price valuation tool, or Zestimate, that often attracts people to the site in the first place is creating and strengthening Zillow's network effect. Agents will gravitate toward the site that offers them access to the greatest number of potential buyers and sellers. Once Zillow shows these agents the benefit of its platform it can then sell them subscriptions.

"Since January, more than 350 MLSs have signed agreements to send listings directly to Zillow and Trulia, providing their members access to the largest audience of home shoppers on mobile and Web," notes a company press release.

Why cater to "premier" agents?
Economist Wilfredo Pareto is well known for being the father of the 80-20 rule, holding that 80% of outcomes generally come from 20% of inputs. It makes sense, in other words, to build great applications for top performers, charge them to be a part of your ecosystem, and help them to become even bigger and more successful.

One bullet point from the company's Q3 2015 press release drives home how successful this strategy has been: "In the third quarter, Zillow Group's average monthly revenue per advertiser, or ARPA, was $402, up 20% from $334 compared to the same period last year on a pro forma basis. The increase in ARPA was primarily driven by high-performing agents buying more advertising inventory from us rather than by increasing the price for existing advertising inventory."

Not being dogmatic is good for business

Zillow didn't enter the real estate space to necessarily put agents out of business or aid in their success. It's just a well-managed company that saw opportunities and has capitalized on them. It is trying to have a hand in all parts of a real estate transaction with their recent acquisition of dotloop, which allows for real estate transactions to be completed through a proprietary online network rather than with physical signatures and documents.

Zillow is competing with regional and local advertising forms such as newspapers, billboards, and television ads for agents' money. The market is massive but has traditionally been fragmented. One who wished to be a successful agent in Tulsa would buy ads in the Tulsa World paper and rent billboards along I-244. Other agents would do the same across the country.

For Zillow to convince local agents across the nation to advertise with them instead it must use its scale and superior technology to provide them with tools that lead increased productivity. Even a partial consolidation of this fragmented market could lead to multi-bagger returns for its shareholders. The Premier Agents App is one more step down this path and I'm happy to be along for the ride.