Please ensure Javascript is enabled for purposes of website accessibility
Log In Help Join The Motley Fool
Free Article Join Over 1 Million Premium Members And Get More In-Depth Stock Guidance and Research
By John Bromels – Dec 19, 2015 at 8:45AM

GE, Honeywell, and Emerson are popular dividend stocks -- for now. What’s ahead for their dividends? 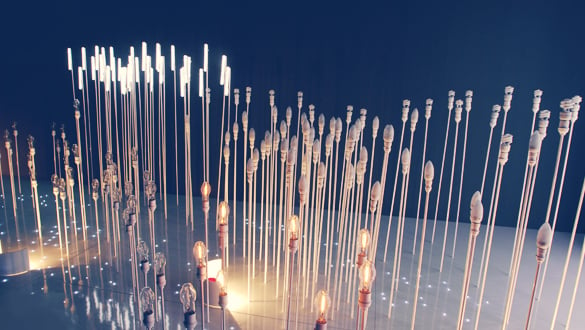 If you're in search of decent dividends, industrial conglomerates are great places to look. They tend to be large, stable businesses paying large, stable dividends. These five, for example, have higher yields than the S&P 500:

But within the industry, there are three dividends that I think are most worth watching.

Best in class
Currently, Emerson Electric's dividend is the highest in the industry, and that's hardly surprising. Emerson has increased its dividend each year for the past 59 years (yes, you read that right). That performance puts it high in the echelon of Dividend Aristocrats -- companies that have increased their dividend for 25 or more consecutive years. It's tied with Procter & Gamble for longevity. Its dividend yield, though, is currently higher than P&G's and other popular dividend stocks, including Johnson & Johnson, 3M, and Coca-Cola.

Better yet, the dividend seems to be sustainable. As Chairman and CEO David Farr put it in his FY 2014 letter to shareholders:

Emerson continued to generate robust cash flow, reflecting the quality of our portfolio, continued investment in our businesses and our commitment to execution. Of the $3.7 billion in operating cash flow, 61% was returned to shareholders through dividends and share repurchase, the fourth consecutive year exceeding a 60 percent payout. This capital allocation performance demonstrates our focus on generating sustainable returns for shareholders, which is further evidenced by another milestone: the completion of our 58th consecutive year of dividend increases. In November, the Board of Directors increased the first quarter dividend by 9% to an annual rate of $1.88.

When take out share repurchases, Emerson's dividend payout falls right in the middle of the range of its peers.

Data by Morningstar. Author's chart.
*GE's current payout ratio has been skewed by its ongoing divestiture of GE Capital assets and share repurchases. Its 2014 payout ratio was 59.3%.

Based on this, investors should expect Emerson's dividend to continue increasing and to remain a best-in-class player for years to come.

The little dividend that could
On the opposite end of the dividend spectrum is Honeywell. You may recognize Honeywell for its consumer product lines, such as thermostats, humidifiers, and security systems, but the company gets more of its revenue from its aerospace division.

Honeywell has the lowest dividend yield in this group, partly because of recent appreciation in its stock price, but also because the company has an extremely low payout ratio compared with its peers -- just 34.6% in 2014. But that's all starting to change.

In 2013, the company released an ambitious five-year plan for fiscal years 2014-2018. One major feature of the plan was a pledge to grow the dividend faster than the company grows its earnings. Honeywell is already making good on its pledge, most recently with a 15% increase in its regular annual cash dividend rate, from $2.07 to $2.38 per common share.

Based on the company's pledge, its history, and its comparatively low payout, investors should anticipate further dividend increases in the near future and will be keeping an eye on how things develop. With a current P/E of 18, the company's valuation is in line with its peers. Now might be an excellent time to buy into the stock to take advantage of future dividend increases.

Stuck in neutral
By far the largest company in this space is General Electric, but its dividend is middle-of-the-road. GE slashed its dividend by more than two-thirds in 2009 as a result of the financial crisis. However, that was the only time it had cut its dividend since the Great Depression.

GE's dividend is currently frozen while it divests itself of its massive GE Capital arm. However, the company has paid a quarterly dividend for over a century, so there's little concern that the payout is going away altogether.

So why is this one on my watch list? Because while GE has frozen its dividend, it has simultaneously committed to returning up to $90 billion in cash to its shareholders through share buybacks and other means. With a massive return like that, I'm not particularly concerned whether it comes in the form of share repurchases, special dividends, or quarterly dividends. The important thing is that it's going to shareholders in some form.

The Foolish bottom line
All three of these industrial stalwarts have an excellent track record of returning cash to shareholders. If you're looking for a strong, low-risk dividend payout right now, consider a stake in Emerson. If you can afford to be more speculative, Honeywell and GE have both made returning cash to shareholders a priority. Investing in either one now, before upcoming dividend increases or share repurchases are announced, could mean getting in at a more attractive price point, and in the meantime, you'll still benefit from dividends higher than the S&P 500.