I've long been an investing disciple of Motley Fool co-founder David Gardner. One of his pet peeves is the false dichotomy between what we typically call "growth" and "value" stocks. Creating that distinction, he says, often blinds us to the long-term potential of companies, and it ignores important nuances that ultimately end up making big differences in the fate of a company.

Having said that, most investors have a general idea of what a typical "growth" stock is. This usually includes a price-to-earnings ratio above 40, and revenue growth that's continually over 20%. The three stocks I'm highlighting today as "The Best Growth Stocks of 2015" definitely fit that bill.

The company's outperformance can be boiled down to three main factors.

First, the company's core e-commerce business has continued to grow at impressive rates for such a large company. It's becoming increasingly clear that CEO Jeff Bezos is using Amazon Prime to draw customers in, and get them to spend as much of their discretionary income as possible on the website. E-commerce sales in North America have grown by 26% over the first nine months of the year, to $42.2 billion.

Second, the company has consistently reported surprisingly profitable quarters. Amazon is known for playing the long game, and having paltry income after reinvesting in itself. In the last two quarters alone, analysts were estimating that the company would lose $0.28 per share. Instead, it has posted a profit of $0.36 per share.

But the most important development has been the growth -- and profitability -- of the company's periphery business -- Amazon Web Services (AWS). Over the first nine months of 2015, revenue for the segment has grown 70%, while operating income has ballooned 180% to $1.2 billion. The fate of AWS, and any improvement in margins, will play a large role in Amazon's 2016.

A company that helps you print stamps? How in the world could that end up being one of the top growth stocks for 2015? Well, it turns out that the death of snail mail has been greatly exaggerated, especially when it comes to businesses.

Think about it this way: An e-commerce company could pay fees and service costs for a Pitney Bowes (NYSE:PBI)-type postage machine that helps send products to their required destinations. Or, they could use Stamps.com's software to print their postage with their own computers, and know that the technology being used to print them is integrated not only with the USPS, but with all of the major private delivery companies as well.

That kind of convenience helps explain why the company was able to grow sales by 37% last quarter, while non-GAAP EPS soared 61%. Not surprisingly, the stock burst 34% on the news and has only increased since then. 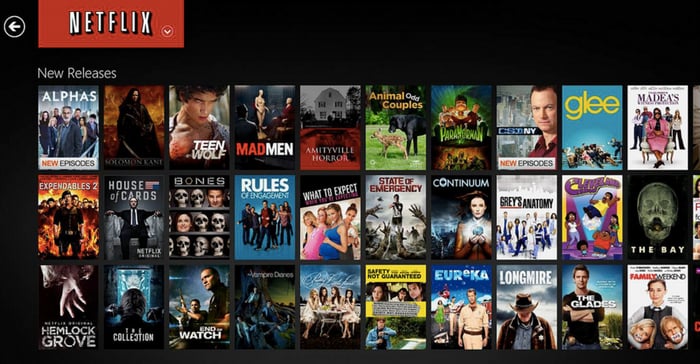 Finally, we have a company that many had thought couldn't go any higher than it already had: Netflix. The DVD-to-your-mailbox-turned-streaming-video provider continued to rewrite the rules of how content is both produced and distributed worldwide.

In January, Netflix announced subscriber additions that far exceeded expectations. More importantly, the company laid out a two-year vision for its international expansion to roughly 200 countries. In April, it followed that up by reporting 4.9 million new subscribers -- with particular strength abroad. And in July, that subscriber growth continued to come in ahead of expectations.

With the company having already announced a price increase for subscribers in the U.S., Canada, and Latin America, and international expansion coming to an end by December 2016, it will be interesting to see what the company has in store for next year.