Please ensure Javascript is enabled for purposes of website accessibility
Log In Help Join The Motley Fool
Free Article Join Over 1 Million Premium Members And Get More In-Depth Stock Guidance and Research
By Timothy Green - Dec 22, 2015 at 11:00AM

GPU sales are booming, but the company has struggled to find outlets for its Tegra mobile chips.

Graphics chip company NVIDIA (NVDA 5.92%) generates most of its revenue from the graphics processing units that go into graphics cards, and 2015 was a great year for that business. During NVIDIA's fiscal third quarter, GPU sales rose 12% year over year despite weak demand for PCs, and gaming GPU sales jumped 40%.

While strong GPU sales drove NVIDIA's revenue and profits higher in 2015, sales of the company's Tegra SoCs slumped. During the third quarter, Tegra revenue declined by 23% year over year, following a 19% year-over-year decline during the second quarter. During the first nine months of NVIDIA's fiscal year, Tegra revenue has slumped by 13.5% compared to the same period last year. That makes Tegra NVIDIA's most-disappointing product of 2015. 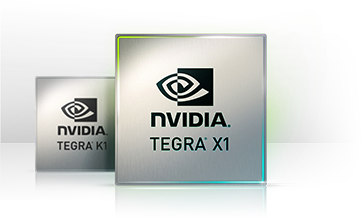 What's going on with Tegra?
NVIDIA's Tegra line of ARM-based SoCs were originally designed for use in mobile devices like smartphones, in addition to automobiles, and NVIDIA's own devices. The Tegra 2, which was launched in 2010, found its way into a variety of mobile devices, as did the Tegra 3, which launched in late 2011. The original Microsoft Surface was powered by a Tegra 3 chip, and Tesla used the Tegra 3 to power the infotainment panel in the Model S. Fiscal 2013, which ended in January of that year, marked the peak of NVIDIA's Tegra business, with annual revenue of $764 million, and a $40 million operating profit.

Tegra 4 was launched in 2014, and while it found its way into some major devices, like the Surface 2, NVIDIA managed fewer design wins overall. The Tegra 4i, a version with an integrated modem, was launched in early 2014, but the product was mostly a dud. NVIDIA acquired modem designer Icera in 2011 in an effort to integrate modems into its chips, but the company shut down the Icera unit this year, marking the official end of its efforts to power mainstream mobile devices.

Two versions of Tegra have been released since then -- the Tegra K1 and the Tegra X1 -- and the focus has shifted toward gaming and automotive applications. The only devices powered by the X1 are NVIDIA's own devices, including the Shield set-top box, with the exception of Alphabet's Google's Pixel C Android tablet, which is not exactly a high-volume device. Progress in the automotive market has been impressive, with about 8 million cars on the road today with Tegra chips, and 25 million in the pipeline, but the Tegra business is both smaller than it was a few year ago, and unprofitable.

This story continued to play out in 2015, as the OEM portion of the Tegra business rapidly vanished. NVIDIA now sells a few different devices that use Tegra chips, and the occasional third-party device pops up now and then, but automotive has become the most important part of the business. Earlier this year, NVIDIA launched two Tegra-powered automotive platforms, Drive CX and Drive PX, aimed at powering in-car screens, and advanced driver-assistance features, respectively.

The good news for NVIDIA investors is that there's nothing really wrong with the Tegra segment. The business of providing app processors for mobile devices has become incredibly competitive, and the superior graphics capabilities of NVIDIA's processors simply don't give the company an edge in the mainstream device market. The company was right to step away from the smartphone market and refocus Tegra, despite the revenue and profit declines that the move caused.

It's always disappointing for investors to see a product with so much potential perform poorly, but the silver lining for NVIDIA is that there's a good chance that Tegra won't be disappointing for too much longer.