Please ensure Javascript is enabled for purposes of website accessibility
Log In Help Join The Motley Fool
Free Article Join Over 1 Million Premium Members And Get More In-Depth Stock Guidance and Research
By Keith Noonan - Dec 22, 2015 at 10:18AM

Can Activision Blizzard keep its winning streak alive as one of its biggest games fades away? 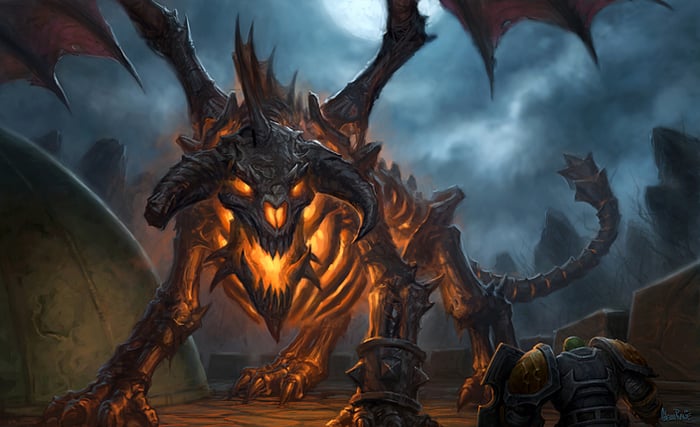 Activision Blizzard (ATVI 0.37%) shares currently trade at all-time highs, but the decline of one of its biggest games presents a notable counterweight to stellar financial and stock performance. World of Warcraft, the groundbreaking online experience that revolutionized massively multiplayer online gaming, is down to approximately 5.5 million subscribers, and a significant resurgence under the game's subscription-based model seems unlikely.

Activision will no longer report subscription numbers for the decade-old title, and the recent move to acquire King Digital (KING.DL) suggests an effort to maintain online gaming strength through other channels.

What does the decline of WoW mean for Activision Blizzard in light of the King Digital acquisition? And how will the weakening of one of the company's most important properties affect its position relative to competitors such as Electronic Arts (EA -1.35%)?

How significant is WoW's decline?
Few games will ever match World of Warcraft in terms of longevity and industry impact. Released in 2004, the title redefined the MMORPG genre and became the highest-grossing game of all time. At the peak of the game's popularity in 2010, Warcraft had over 12 million subscribers.

The enormous player base, combined with the game's subscription fees and expansion-pack purchases, made Blizzard's game a cash juggernaut that regularly generated over $1 billion in annual revenue -- even in years that saw significant player erosion.

At 5.5 million subscribers as of the end of September, Warcraft still has a dedicated and valuable player base. However, the game is on track to lose a significant chunk of its remaining subscribers with each passing year unless Activision transitions the game to a free-to-play model -- a move that would create significant complications for the existing WoW ecosystem.

Why the decline of one of the biggest games ever won't limit Activision
The decline of World of Warcraft would be a lot more troubling for Activision if the company had not gone to the lengths that it did to prepare for the game's inevitable drop in popularity.

Most video games have trouble retaining players even a month beyond release, so the fact that WoW has gone strong for so long is a testament to its appeal. Even so, the writing has been on the wall about World of Warcraft's decline for years, and Activision seems to have planted the seeds for replacement products to fill the void, though these games appear to be far removed from the MMORPG genre.

The recent move to acquire King Digital, the company behind the enormously popular Candy Crush Saga mobile games, was made to give Activision a boost in the still-rapidly growing mobile market that is increasingly being targeted by rival publishers such as Electronic Arts. Activision already has strong mobile titles -- particularly Hearthstone, a free-to-play card game spinoff of World of Warcraft that's doing around $20 million in monthly revenue, and buying King presents interesting opportunities for cross-promotion of current and upcoming titles.

The King is dead; long live King Digital
King's core games have some of the widest reach in mobile gaming, and in-game advertisements for Activision games could create inroads to players with high digital content engagement. Activision paid a premium to acquire King Digital, but with World of Warcraft fading and mobile markets becoming big growth drivers for publishers who have traditionally stuck to consoles and PCs, the move has the potential to pay off in a big way.

Subscription-based MMORPGs like WoW look unsustainable, and strong competition posed by rising stars such as Time Warner in the console and PC space creates added pressure to mine new growth prospects. Combine that scenario with very healthy growth in mobile gaming, and the key emerging arena for big gaming publishers such as Activision and Electronic Arts should be obvious.

Challenges and risks for Activision in a post-WoW world
Activision needs to replace business from a nearly uncontested space (the MMORPG genre, thanks to WoW's dominance) with business from the much more competitive mobile market.

Electronic Arts currently has a stronger position in mobile than Activision, with big console franchises such as Madden and FIFA making relatively easy transitions to mobile devices and the Star Wars license providing plenty of fertile soil for mobile adaptations. EA is also ahead of Activision in non-traditional distribution channels, with its EA Access subscription service, as well as its partnership with Comcast to stream games through X1 cable boxes, creating some attractive diversification that jells with current tech trends.

Activision's core business looks strong, and the company has the opportunity to capitalize on changes in the digital content landscape, even as World of Warcraft is riding into the sunset. For now, opportunities in mobile and strong performance from console games such as Destiny look to make WoW's decline manageable. The biggest WoW-related danger for Activision is that the game could suffer cataclysmic subscriber loss before replacement properties have matured. But with the strength of spinoff game Hearthstone, as well as more expansions and a Warcraft movie on the horizon, the death of World of Warcraft will probably be slow enough to avoid that scenario.