Flipping this article's title on its head, it's safe to say that 2015 was microblogging-platform Twitter's (NYSE:TWTR) worst year yet. 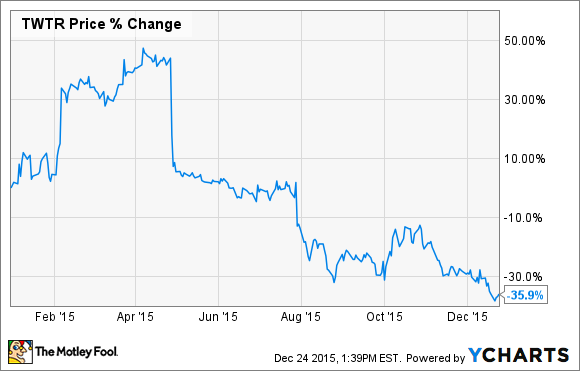 With shares almost sinking nearly as quickly as its executive team was leaving the company, Twitter today is limping into 2016 with a renewed sense of optimism. More importantly, though, Twitter finally appears to have the individuals in place to solve its most pressing issues. And while their ultimate execution will determine 2016's course for Twitter stock, there's certainly room to believe that 2016 could be Twitter's best year yet.

2016: Twitter's year of reinvention?
This year, Twitter's product crisis came to a head. After making commendable progress in evolving Twitter from a cash-burning start-up into an organization headed toward consistent profitability, Twitter's lack of concurrent product innovation finally manifested in a big way in 2015. While Twitter, the business, made strides, Twitter, the product, remained incapable of attracting the mass-market audience necessary to compete with the likes of emerging new media juggernauts like Facebook (NASDAQ:FB) and Alphabet. 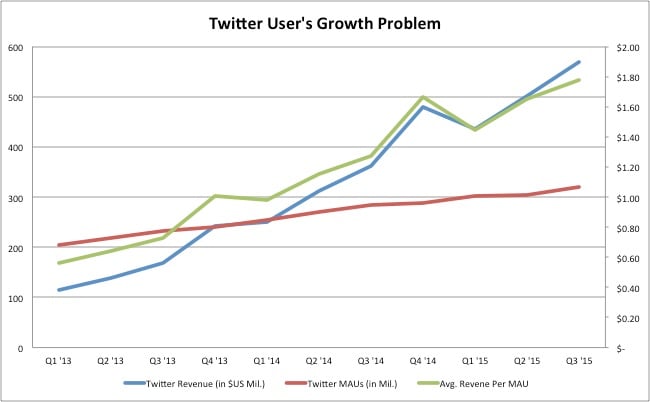 Since his return, Dorsey and his capable core executive team have already notched a number of notable, if not minor, wins, like Moments and third-party advertisement syndication. However, in order to support its lofty 7.8 times price-to-sales valuation, Dorsey and company must find ways to attract entirely new audiences into Twitter's ecosystem, a move that is fraught with risks. 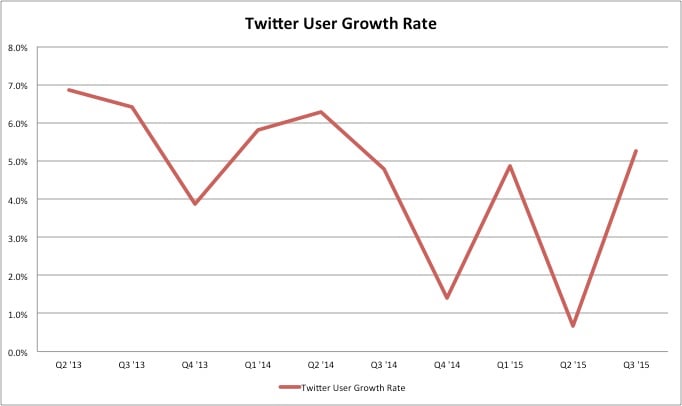 The implication here is that Twitter must invent some kind of entirely new product in order to fulfill its potential to become the communication platform for the 21st century. Exactly what kind of new products Twitter might produce is anyone's guess.

Personally, I think layering some kind of high-quality publishing tool, similar to the red-hot blogging platform Medium, seems like a logical extension of Twitter's current primary value-add as a source of information; but I digress. The silver lining investors should focus on is that Twitter's current management possesses the requisite skillset to solve the most pressing issues facing the business.

Crucially, having the necessary skills to solve a problem isn't the same thing as actually solving the problem in question. It merely implies the stage is set to do so.

Investors researching Twitter today must keep this in mind. The ongoing product evolution at Twitter will almost assuredly drive the company's business momentum in 2016, and its stock-price performance by extension. While that's by no means a sure thing, there's a case to be made that 2016 will be Twitter's best year. I might wait, however, for more concrete evidence of its product reinvention actually coming to fruition before buying.