Forget salaries. These billionaire founders made tens of billions this year as the stocks of their companies rose.

With 2015 quickly coming to a close, the S&P 500 sits only slightly higher than where it was at the beginning of the year. While the popular index is a widely accepted barometer for the broader American market, there were absolutely stellar performances of several companies within its ranks that were hidden by its modest gains.

As the stock prices of these companies rose, so, too, did the multi-billion dollar fortunes of their founders. In fact, despite the fact that the following four billionaires have combined salaries of less than $90,000, their fortunes, as of this writing, have collectively increased a jaw-dropping $67.8 billion this year:

Larry Page and Sergey Brin -- $22.2 billion
First, consider Larry Page and Sergey Brin, the co-founders of Google parent Alphabet (GOOG -0.54%) (GOOGL -0.57%). As CEO and president of Alphabet, respectively, Page and Brin voluntarily receive annual salaries of just $1. But they also hold stakes in the company they built from the ground up worth tens of billions of dollars. 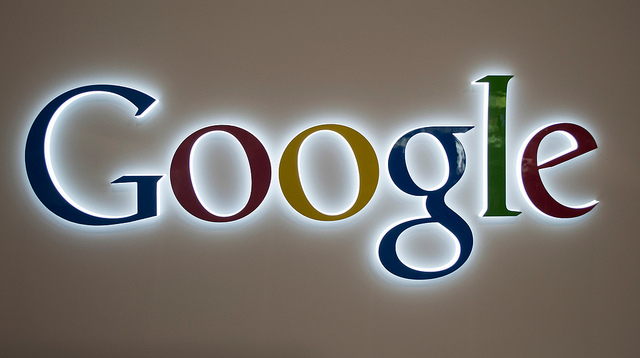 On the heels of two successive quarterly earnings beats -- driven largely by impressive growth and monetization of Alphabet's YouTube and Google mobile-search platforms -- Alphabet Class C and Class B shares have risen roughly 48.3% and 50%, respectively, so far in 2015. As a result, the value of Page's stake has grown by around $11.2 billion this year, to $34.1 billion, while the value of Brin's slice of Alphabet rose almost $11 billion year to date, to $33.3 billion.

With the caveat that these are gains on paper, that means Page and Brin together "made" around $22.2 billion this year as Alphabet stock rose.

Similar to Brin and Page, Facebook's (META -1.01%) founding CEO Mark Zuckerberg collects an annual salary of only $1. But as of December 1, 2015, SEC filings revealed Zuckerberg owned 4 million class A Facebook shares, and a whopping 419 million class B shares -- and through the latter, he holds the majority of Facebook's voting rights -- worth a total of roughly $33 billion at the start of 2015.

Facebook has also made incredible progress this year making the most of its fast-growing base of mobile users; mobile ad revenue climbed 73% year over year last quarter to represent 78% of total advertising, up from 66% of all ad sales in the same year-ago period. And with two-thirds of the world's population still unconnected to the Internet altogether, Facebook has a long runway for growth as it continues to improve monetization of its incredible traffic.

In the meantime, Facebook stock has climbed more than 37% in 2015, leaving the 31-year-old CEO with company holdings worth roughly $46.8 billion as of this writing, or $13.8 billion more than he started the year.

Jeff Bezos -- $31.8 billion
Last but certainly not least, Amazon.com (AMZN -1.13%) CEO Jeff Bezos collected a modest annual salary of just $81,840 last year. But like his counterparts at Google and Facebook, the primary source of Bezos' wealth lies in the shares of the company he founded more than two decades ago.

Amazon.com investors have enjoyed a series of spectacular earnings reports this year, including 23% year-over-year growth in revenue, to $25.4 billion in its most-recent quarter. Within that, Amazon's core product sales rose a solid 15%, to $18.5 billion, while its burgeoning Amazon Web Services (AWS) segment saw revenue climb 78%, to $2.1 billion.

Better yet, investors were pleasantly surprised when AWS generated operating income of $521 million, good for an operating margin of 25%, and higher than the $472 million earned by all of Amazon's global retail operations over the same period. As Amazon's surprising ability to generate a profit becomes more clear, the market is increasingly excited by the company's long-term potential.

Bezos might be even richer than his Amazon.com shares suggest. As fellow Fool Nathan Hamilton pointed out recently, Bezos paid Page and Brin $250,000 in 1998 to help fund their early-stage efforts to build Google, leaving him with an estimated cost basis in Google stock of just $0.04 to $0.06 per share.

Today, however, it's unclear whether Bezos still owns shares of the Internet search titan. But given his $31.8 billion windfall from Amazon in 2015, it's safe to say Bezos doesn't exactly need the extra cash.

Suzanne Frey, an executive at Alphabet, is a member of The Motley Fool’s board of directors. Steve Symington has no position in any stocks mentioned. The Motley Fool owns shares of and recommends Alphabet (A shares), Alphabet (C shares), Amazon.com, and Facebook. Try any of our Foolish newsletter services free for 30 days. We Fools may not all hold the same opinions, but we all believe that considering a diverse range of insights makes us better investors. The Motley Fool has a disclosure policy.