Please ensure Javascript is enabled for purposes of website accessibility
Log In Help Join The Motley Fool
Free Article Join Over 1 Million Premium Members And Get More In-Depth Stock Guidance and Research
By Ashraf Eassa - Jan 6, 2016 at 9:45AM

Intel's server chips are already behind its client chips in terms of manufacturing technology -- it can't afford to have such chips fall further behind in adopting the company's newest tech.

In mid-2015, Intel (INTC -1.20%) disclosed that, instead of launching its 10-nanometer Cannonlake architecture in 2016, it would launch a third-generation 14-nanometer product known as Kaby Lake.

Cannonlake for client systems (i.e., notebooks, desktops, and 2-in-1 systems), per the company, would slip into the second half of 2017.

In this article, I intend to justify the following claim: Intel, from a competitive perspective, cannot afford to put out a third-generation 14-nanometer product -- a "Kaby Lake" -- in the server market.

To put this into perspective, Intel launched the first chips based on its 14-nanoneter Broadwell architecture in late 2014, with significant product availability by early 2014. The company then launched its second-generation 14-nanometer architecture for client systems, known as Skylake, during the second half of 2015.

You can see how this would be a problem, right?
The issue for Intel should it ultimately shift from two architectures per manufacturing technology to three in the server market is that, given the pace at which the semiconductor foundries seem to be moving through process nodes (foundry giant TSMC (TSM -0.86%) claims "risk production" on its 7-nanometer technology in the first half of 2017, with mass production presumably occurring in the first half of 2018), the company risks not having its vaunted "process lead" in its core growth segment. 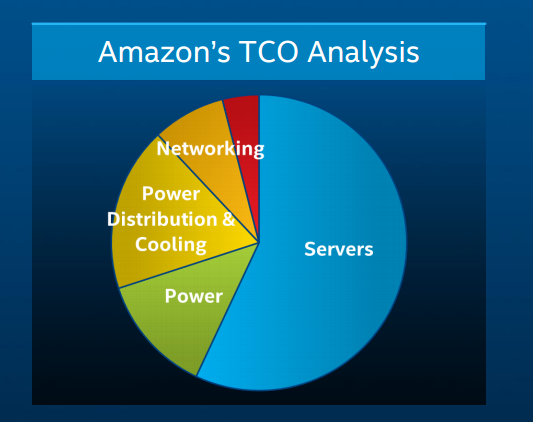 Power, power distribution, and cooling are significant portions of the total cost of ownership of a solution, and if Intel's competitors can even just match Intel in terms of power efficiency, then at the very least, this could serve to drive Intel's pricing -- and ultimately its margins -- down.

Although power efficiency is determined by more than manufacturing technology (architecture is key, too), losing its manufacturing lead in the server market would open Intel up to new material competitive risks.

Is there evidence of a Kaby Lake server chip?
So far, there does not appear to be any publicly available evidence that Intel will release a server processor family based on the Kaby Lake architecture. In fact, all we do have is the following slide from XFastest indicating that the immediate successor to the Skylake-EP server processor is a chip known as Cannonlake-EP: 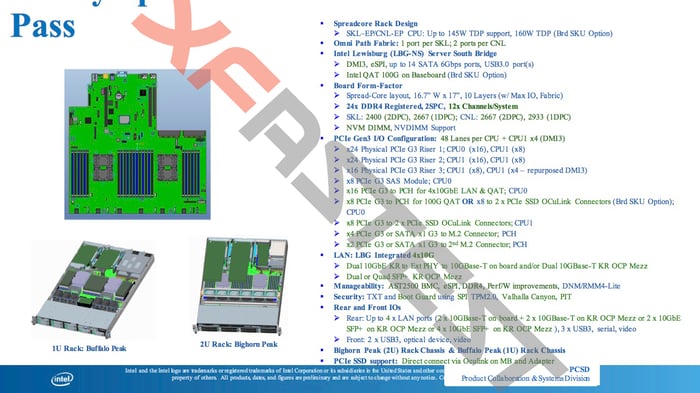 As an Intel stockholder, I hope Cannonlake-EP ultimately winds up as the successor to Skylake-EP, and that Kaby Lake-EP doesn't get "inserted," as Kaby Lake for client systems did.