A class action lawsuit claims that the company's heart rate monitoring technology is wildly inaccurate. The company disagrees, but the stock has taken another hit on the news.

What: Shares of fitness tracker company Fitbit (FIT) tumbled on Thursday, continuing the stock's steep decline in 2016. Contributing to the decline on Thursday was news that some users of Fitbit's products have filed a class action lawsuit against the company, claiming that the heart rates reported by the devices are inaccurate. At 3:30 p.m. EST Thursday, the stock was down about 9%, after being down as much as 11.5% earlier in the day.

So what: The plaintiffs in the lawsuit claim that the Fitbit Charge HR and Fitbit Surge models underestimate their true heart rates. The lawsuit accuses Fitbit of false advertising, heavily touting the heart rate monitoring features of its fitness trackers while knowing that the feature was inaccurate. 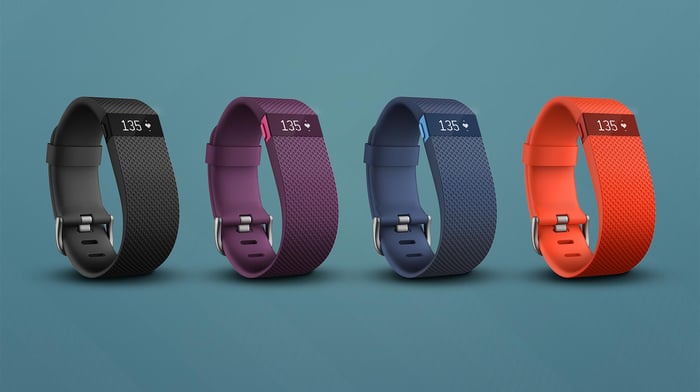 In a statement to Ars Technica, a Fitbit spokesperson explained that Fitbit devices were not intended to be scientific or medical devices. The company stands by its heart rate technology, according to the spokesperson, and believes that the lawsuit has no merit.

Now what: The drop in Fitbit's stock price on Thursday comes two days after another steep drop following the announcement of the Fitbit Blaze, a smartwatch set to launch later this year for $200. Concerns about competition, as well as fitness trackers being a transitory product as smartwatches gain consumer acceptance, have been weighing on the stock since the company went public last year.

It's difficult to say whether this lawsuit against Fitbit will go anywhere, but it adds to the list of problems facing the company.