The long-term opportunity could be huge.

The last few months have not been kind to Under Armour Inc (UAA 4.19%), as the stock has fallen nearly a third on concerns about valuation and slowing sales. Just this week, Morgan Stanley slapped a downgrade on the upstart athletic-apparel company, lowering its rating to underweight.

The investment bank said data shows that the brand is losing market share in apparel for the first time in three years, and that average selling prices are falling at a faster pace, crunching margins. While losing market share is never a good sign for a growing brand, there is evidence that Under Armour is moving in the right direction in another key category. 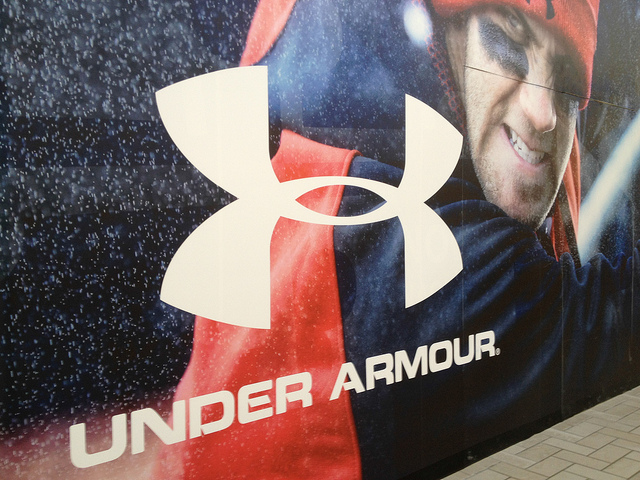 The company grew footwear sales by 61% in its third quarter, and that figure essentially doubled on a year-over-year basis in the week prior to Christmas, the peak of the holiday selling season. Rival Nike Inc (NKE 0.85%) saw a 19% jump in shoe sales that week, while Adidas's sales actually fell.

Under Armour's apparel sector brings in more than 80% of sales currently, but footwear could represent the greater long-term opportunity.

The power of shoes
Nike, the global leader in athletic brands, dominates the footwear market with more than $18.3 billion in sales last year, more than double what it did in apparel. Nike footwear sales also grew faster than apparel last year, by 17%, to 10%, indicating the sneaker market is still rapidly expanding.  Footwear also makes up a majority of revenue at Adidas, the No. 2 sports brand in the world.

Under Armour has already established itself as a major player in the apparel space, on track for more than $3 billion in revenue in 2015. Footwear represents Under Armour's greatest opportunity for long-term growth.

Building a brand
Like its legacy competitors Nike and Adidas, Under Armour has begun to assemble a formidable roster of athletes, signing such talents as golfer Jordan Spieth, baseball player Bryce Harper, and ballerina Misty Copeland, but no sponsorship has been bigger than Stephen Curry, the reigning NBA MVP who is leading the Golden State Warriors to a record season.

It's Curry who likely drove the acceleration in footwear sales this December as the Warriors got off to a record 24-0 start this year. The Curry 2 shoe debuted in October, just in time for the NBA season to kick off, and the new model has also likely been a boon to Under Armour's fourth-quarter sales.

Developing a brand around Curry will be key, not just for growing Under Armour's footwear sales, but also for expanding its margins. Basketball shoes are some of the highest-margin items in the sports-brand universe, and Nike has made a killing off of limited-edition Jordan brand shoes that sell out overnight, and go for hundreds of dollars on the secondary market.

Sales of the Jordan brand are approaching $3 billion a year now, more than a decade after his retirement from basketball. There's no guarantee that Curry will have the same impact for Under Armour, but already he seems to be creating an Under Armour basketball brand nearly out of scratch.

Basketball footwear sales for the company jumped a whopping 754% in the second quarter of last year after it launched Curry's first signature shoe in the beginning of 2015. Curry has proven his marketing appeal beyond Under Armour with sponsorships from brands including JBL Headphones and State Farm Insurance. His winning smile and average stature have made him particularly accessible to fans.

Challenging Nike in basketball will be no easy feat, but Under Armour has the man to do it. Expect another quarter of explosive growth in footwear when Under Armour reports fourth-quarter earnings in February.

Jeremy Bowman owns shares of Nike. The Motley Fool owns shares of and recommends Nike and Under Armour. Try any of our Foolish newsletter services free for 30 days. We Fools may not all hold the same opinions, but we all believe that considering a diverse range of insights makes us better investors. The Motley Fool has a disclosure policy.