Please ensure Javascript is enabled for purposes of website accessibility
Log In Help Join The Motley Fool
Free Article Join Over 1 Million Premium Members And Get More In-Depth Stock Guidance and Research
By Brian Feroldi - Jan 13, 2016 at 7:18AM

What: Shareholders of Idera Pharmaceuticals (IDRA 5.13%), a clinical-stage biopharmaceutical company focused on cancer and other rare diseases, had a rough 2015. The company's shares lost more than 36% of their value in during the year, according to data from S&P Capital IQ. 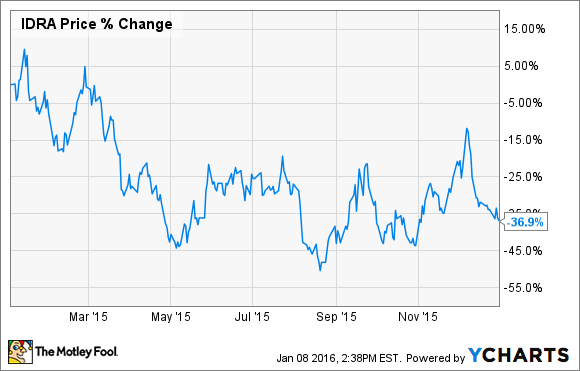 So what: The company's poor share price performance is surprising considering all of the positive news items it released during the year. Here are a few highlights long-term investors should be aware of:

Add it all up, and Idera had a productive year.

Now what: While the clinical updates and its new partnerships with MD Anderson Cancer Center and GlaxoSmithKline are encouraging, I think investors should approach this stock with caution. The value of this company is still heavily tied up in its early-stage pipeline, so even if all goes well, it will still be years before the company will be able to produce meaningful revenue. The company is also on pace to burn through nearly $50 million in cash in 2015, and with only $95 million on its books as of September, it's likely that it will have to raise capital in the next year or two.

History isn't on investors' side here, either, as Idera has been a publicly traded company for nearly 20 years now, and long-term investors do not have much to show for their patience. 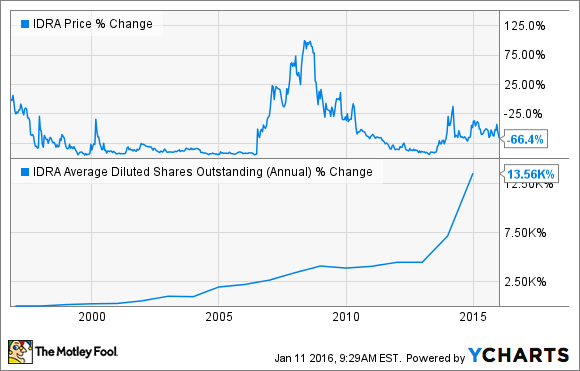 For all those reasons, I would like to see the company move its compounds a bit further along the clinical pathway before I'd even consider putting this company on my radar.