Thanks to a challenging 2015, LinkedIn and MercadoLibre could be poised to surge like the now-infamous FANG stocks did last year.

Whether it's BRICs or REITs, PIPEs or PIIGS, investors love distilling long-winded investment theses into catchy acronyms. And in case you missed it, 2015 was the year of the FANG stocks, shorthand for large-cap tech stocks Facebook, Amazon.com, Netflix, and Alphabet's Google, each of which markedly outperformed the broad market last year. 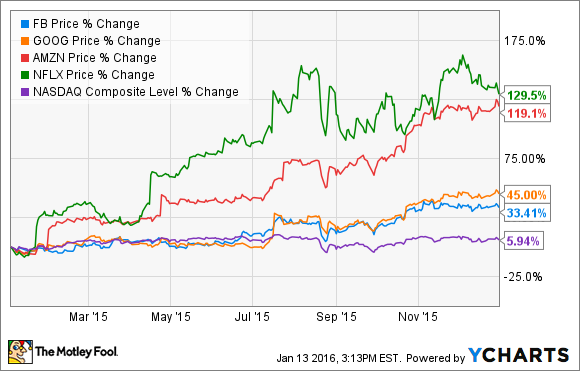 However, as we flip the calendar to 2016, tech investors in particular have spent ample time searching for the stocks poised to soar like the FANGs did last year. And while I might argue that structural reasons still position the FANG stocks to outperform over the long term, one analyst recently suggested investors consider LinkedIn (LNKD.DL), MercadoLibre (MELI -1.29%), and Yelp (YELP 0.00%) as tech stocks poised to soar this year.

And though I don't necessarily have much faith in Yelp at the moment, here's why you should indeed consider adding both LinkedIn and MercadoLibre to your tech investments in the year ahead.

The case for LinkedIn
Though it has handily outperformed the market since its 2011 IPO, professional social-networking site LinkedIn ended 2015 in negative territory. 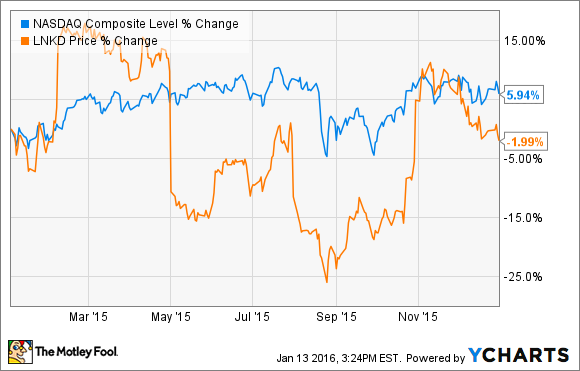 LinkedIn surpassed 400 million registered users as of its most recent quarterly report. The company continues to plow headlong into its international expansion, most notably in China, while also refining its product strategy to better serve its growing user base. Moreover, LinkedIn's three-pronged revenue stream provides the company a diverse set of monetization points throughout the entire professional networking and development process.

Looking to the year ahead, LinkedIn should finally transition to routine profitability. The average analyst estimate calls for its already concluded FY 2015 revenue, which it will report on Feb. 4, to increase 34%. For its current FY 2016, sales are expected to grow another 30% to nearly $4 billion. Wall Street also expects LinkedIn's earnings per share to rise 38% in 2016 to $3.71 in 2016.

Like many growth stocks, LinkedIn does receive criticism, and deservedly so, regarding its lofty trading multiples. Though it remains unprofitable today, LinkedIn trades at a far-from-cheap 55 times its 2016 earnings estimates. However, as the company that dominates professional networking and development like no other, LinkedIn has a long-term growth potential that should be able to offset its rich valuation for shareholders patient enough to hold on for what should be many successful years to come.

The case for MercadoLibre
MercadoLibre often flies under the radar among casual investors because it's in South America. However, those who know what's often described as the eBay of Latin America usually love the company's long-term prospects, and I have to agree with them.

Though its core business remains strong, currency pressures in several of its key markets did place downward pressure on MercadoLibre's stock last year. 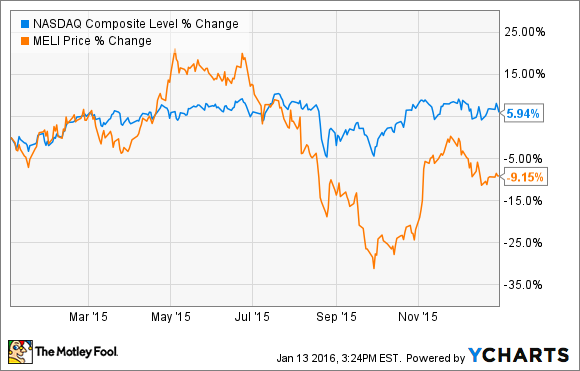 As we've learned with economic turmoil in Brazil, Argentina, and Venezuela in recent years, the path to economic growth in a region whose past is rife with financial turmoil is rarely, if ever, linear. However, with Latin American e-commerce sales expected to grow from $47 billion in 2015 to $85 billion in 2019, according to research firm eMarketer, MercadoLibre's multi-year growth profile remains as compelling as ever.

Of equal importance, MercadoLibre's competitive position should remain defensible against the likely increased regional activity from industry powers such as Amazon.com. MercadoLibre began operations in 1999, and it enjoys broad-based consumer awareness throughout the region. By management's estimates, roughly 28% of all Latin American Internet users access its website on a monthly basis, a number that should increase as Internet penetration rises in the region.

All things considered, there's plenty for tech investors to like with MercadoLibre and LinkedIn as candidates to outperform in 2016 and beyond.