Please ensure Javascript is enabled for purposes of website accessibility
Log In Help Join The Motley Fool
Free Article Join Over 1 Million Premium Members And Get More In-Depth Stock Guidance and Research
By Chris Neiger - Jan 19, 2016 at 8:11AM

iPads are falling out of educators' good graces, while Google's Chrombooks gain ground. 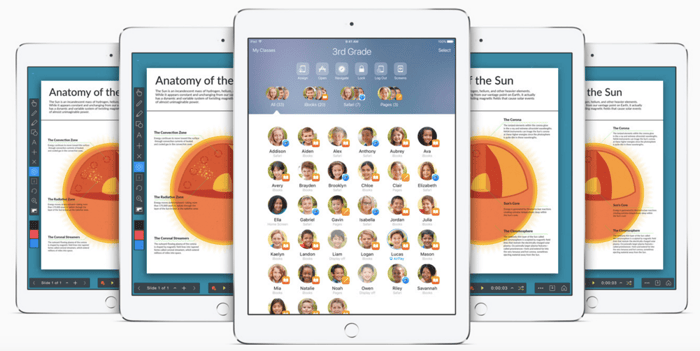 Apple (AAPL 0.03%) recently released the preview version of iOS 9.3 to developers. These incremental updates don't usually add much to the existing operating system, but there are notable changes this time around. Namely, a Night-Shift mode that's easier on the eyes when reading in the dark, Touch ID security for the Notes app, updates to Apple News and Apple Music, and easier discovery of health apps within Apple's health app itself.

But it's the new education features in iOS 9.3 that will likely interest educators in particular. Apple's added the ability for students to login to any iPad in the classroom and use it as their own, and updated the main Classroom app so teachers can guide students through their lessons and track progress. The company also made it easier to issue new Apple IDs and improved how new iPads are setup for school use.

The idea behind all the updates is to make iPads more palatable to educators. Despite all of Apple's efforts, the education market is starting to prefer Chomebooks made by Alphabet's (GOOG -0.54%) (GOOGL -0.57%) Google over Apple's devices. In the third quarter of 2015, Chromebooks made up 51% of devices shipped to K-12 classrooms, according to Futuresource Consulting.

Microsoft still reigns supreme with 47% total market share, Chromebooks take 19%, and Apple grabs 13%. But what's impressive about Google's share right now is that just four years ago it had, at most, 2% of the K-12 market.

Failing to live up to expectations
Apple's education problems all began with a disastrous push into the Los Angeles Unified School District. After winning a $30 million contract to provide iPads into 47 schools a series of disasters arose, including students being able to bypass logins and school administrators underestimating the cost of the program. The school district ended up abandoning the program, and with it Apple's case for iPads being the device for classroom teaching. 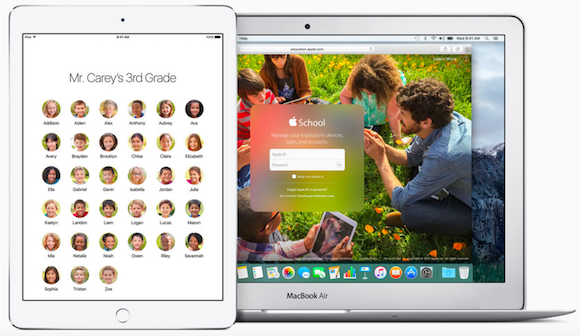 Aside from the LA school district fiasco, Apple has been dinged by other educators for the cost of its iPads relative to Chromebooks, lack of multi-user logins, and, perhaps most notably, the iPad's lack of a keyboard.

Apple sells Macs to schools as well, but the iPad was expected to be a huge step forward for the company's education pursuits, as the iPads could be used and taken home by each individual student.

Making the grade
Apple has addressed some of the iPad's education issues with iOS 9.3, but it's not likely enough. After all, Apple's probably not going to start giving away free keyboards for the iPads, or drop the price of the devices to compete with the Chromebooks' $200 to $300 price range.

Revamping parts of the iOS' Classroom app is a good start to addressing educators' issues with the iPad, but unfortunately the damage has already been done. In the budget-strapped education world, schools are looking for proven results that a device will be the best fit for their school, and come in at a good price. Apple appears to have neither of this at the moment.

If Apple really wants to get back into schools' good graces it needs more than a handful of app updates (which are likely just targeted to schools who already have iPads anyway). Heavy discounts would be a start, but that won't bode well for profit margins.

Apple isn't likely to be pushed out of the education market any time soon, but with Chromebooks' massive market share on the rise, the Mac-maker will have to shift strategies if it wants to lure in more education buyers.

Suzanne Frey, an executive at Alphabet, is a member of The Motley Fool's board of directors. Chris Neiger has no position in any stocks mentioned. The Motley Fool owns shares of and recommends Alphabet (A shares), Alphabet (C shares), and Apple. Try any of our Foolish newsletter services free for 30 days. We Fools may not all hold the same opinions, but we all believe that considering a diverse range of insights makes us better investors. The Motley Fool has a disclosure policy.