Please ensure Javascript is enabled for purposes of website accessibility
Log In Help Join The Motley Fool
Free Article Join Over 1 Million Premium Members And Get More In-Depth Stock Guidance and Research
By Rich Duprey - Jan 22, 2016 at 9:11AM

The department store chain is reintroducing the home goods staple to test markets before rolling it out nationwide. 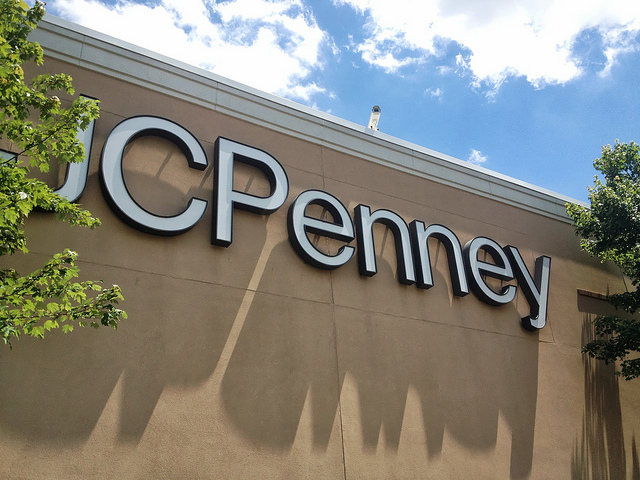 J.C. Penney's turnaround is predicated on strengthening its home department, meaning the reintroduction of appliances after a 33-year absence could help the effort.

It's just a small market J.C. Penney (JCPN.Q) is testing, but the department store's decision to reenter the home appliance market that it abandoned more than 30 years ago could generate big business.

J.C. Penney said it would start selling appliances again in 22 stores in the San Antonio, San Diego, and Tampa markets beginning February 1. Having found out that customers were frequently searching for appliances on its website, the retailer realized it was missing an opportunity to grow sales. Its test markets represent only a tiny percentage of the more than 1,000 stores it operates, and it's already a crowded business dominated by just a handful of companies, but J.C. Penney may just have the chance to steal some significant sales.

Sears Holdings (SHLDQ) is the industry leader in appliances sales, with a 25.5% share of the market according to TraQline, but that's down substantially from the 33% it held almost a decade ago. Between it, Home Depot (HD 1.22%), Lowe's (LOW 2.09%), and Best Buy, the four retailers are estimated to control around 70% of the home appliance market. While that seems like a tough niche to make significant headway in, there's a good rationale for believing J.C. Penney can succeed.

It's no secret that Sears is quickly swirling down the drain. Revenues have fallen from $43 billion in 2011 to under $26 billion over the last 12 months. It's hemorrhaging customers, bleeding sales, and closing stores, all while losses are mounting. Where it was once the leading multi-line department, it's now an empty shell of its former self, and the appliance makers themselves are likely worrying about its decaying position.

A new appliance center in its stores is being designed by J.C. Penney to drive more sales from homeowners. Image source: J.C. Penney.

The do-it-yourself centers have emerged as strong contenders in appliances sales. Lowe's has been the second leading retailer of home appliances, and the category has become one of the home improvement center's biggest businesses. Kitchens and appliances accounted for $8 billion in revenues in 2014, or 14% of the total, larger than any other segment, and last quarter Lowe's said appliances have experienced double-digit comparable sales growth for four straight quarters.

Home Depot itself is no slouch in the appliances department, and like its DIY rival, it also reported higher than average comps in appliances sales as being responsible for its better third-quarter earnings.

There's a reason for that. J.C. Penney's CEO Marvin Ellison is largely credited with focusing Home Depot's attention on appliances and growing the business when he was in charge of the home improvement center's store operations. That he's now bringing that focus to the department store isn't much of a surprise, and given his experience with the market, J.C. Penney would seem to have a better than ever chance of succeeding.

Moreover, where just over half of Home Depot's customer are men, some 70% of J.C. Penney's typical customers are women, a group that typically holds greater sway in making a decision on an appliance purchase.

Sales of home goods accounted for about 12% of J.C. Penney's revenues in 2014, and the home department was one if its strongest performers last quarter. By adding to that a line of goods its customers want (with expertise in marketing them from executives), even as the leading retailer in the space is declining, J.C. Penney may very well experience a triumphant return to the business.

Rich Duprey owns shares of J.C. Penney Company. The Motley Fool recommends Home Depot. Try any of our Foolish newsletter services free for 30 days. We Fools may not all hold the same opinions, but we all believe that considering a diverse range of insights makes us better investors. The Motley Fool has a disclosure policy.