In the classic business book Built to Last: Successful Habits of Visonary Companies, Harvard professor and author Jim Collins researched common practices of enduringly great companies. One of the characteristics he found was that great companies were able to align management, employees, and even customers with the "vision" of the organization.

Collins defines vision as a combination of three elements: "(1) an organization's fundamental reason for existence beyond just making money, (2) its timeless unchanging core values, and (3) huge and audacious -- but ultimately achievable -- aspirations for its own future."

Many companies have an employee handbook or poster on the wall invoking their mission statement, values, and vision. However, few instill these into the culture of the company and live it on a daily basis. 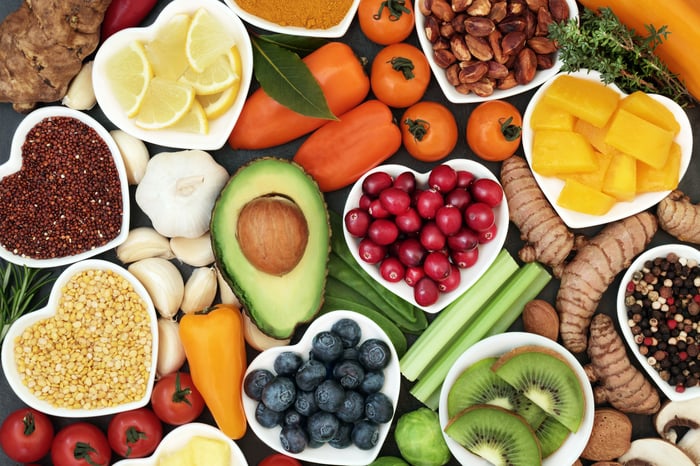 Amazon.com's (NASDAQ:AMZN) Whole Foods Market is a company that has successfully identified its reason for existence and has instilled its vision into the fabric of company. Whole Foods stakeholders are believers that Whole Foods is in the business -- as the company says -- of "helping support the health, well-being, and healing of both people -- customers, Team Members, and business organizations in general -- and the planet."

Let's take a look at how Whole Foods embodies each of its eight core values:

"We satisfy, delight, and nourish our customers"

"We create wealth through profits and growth"

"We serve and support our local and global communities"

"We practice and advance environmental stewardship"

"We create ongoing win-win partnerships with our suppliers"

"We promote the health of our stakeholders through healthy eating education"

Whole Foods Market's focus on its core values has been a key to the company's success to date. However, those values are now being tested more than ever. Much of Whole Foods' competitive advantage is dependent on the trust employees and customers have put in its values. That trust was compromised this past year, when a New York City Department of Consumers Affairs investigation found that Whole Foods was overcharging customers on multiple pre-packaged foods. Whole Foods admitted fault, blamed employee error, and corrected the errors. The negative publicity affected same-store sales, not only in the New York locations that were found out of compliance, but also nationwide. In the quarter in which Whole Foods' management admitted to overcharging customers, same-store sales declined 0.2%, the lowest year-over-year comparison since the Great Recession.

Whole Foods Market has built up a lot of brand equity through the years. Nonetheless, its ability to gain back trust with the consumer will be critical in returning to growth.

Many of Whole Foods' customers are loyal because of how the company cares for people and the environment. Getting away from those values hurts companies such as Whole Foods more than it would a competitor. The current backlash against Chipotle Mexican Grill is a perfect example. When a food retailer's unique selling point is the quality of its food, that quality cannot be compromised. For Whole Foods, it can't compromise its trust with consumers, suppliers, team members, or the environment.

A powerful mission statement and strong core values alone won't get you to the promised land, but companies that stand for something are companies everyone can get behind. Much of Whole Foods' ability to get back to growth will be dependent on how it can stick to to those values.