Last week's lifters include a high-flying airline, an oil refining specialist, and a dividend aristocrat utility.

So far, 2016 hasn't exactly been a banner year for stock investors. Unless, of course, they own shares of some of the growing number of dividend-raising companies. In contrast to the declines registered by the broader indices, a host of stock distributions have climbed upwards, in some cases sharply.

Last week was the second in a row to be stuffed with dividend raisers. Here are the three I consider to be the most notable.

Consolidated Edison
Of my three picks, Consolidated Edison (ED -2.17%) is the group's dividend aristocrat -- one of the rare companies that has hiked its payout at least once annually for a minimum of 25 years in a row. Con Ed keeps that status with a 3% bump in its quarterly distribution to $0.67 per share. 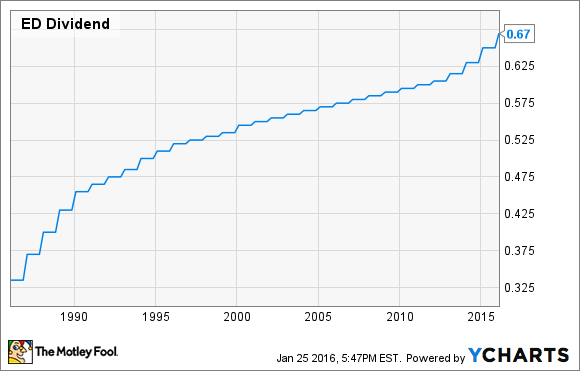 Utilities like Con Ed are popular with income investors because their returns are relatively steady and predictable -- after all, there is much about their business (rates, number of customers, etc.) that is easy to gauge when compared to companies in other sectors.

They also tend to be reliably profitable. After all, who really wants to skimp on heating during a tough winter, or cut their electricity usage at any time? The company saw operating revenues rise slightly in its third quarter on a year-over-year basis, with bottom line slipping a bit -- but not enough to worry about -- down to $428 million.

During the quarter, Con Ed was slightly free cash flow-negative, but that'll probably balance out; on an annual basis, the company tends to land in the black. In my opinion, the company is a rock of an investment for dividend seekers, and I see little reason why its payout would be in jeopardy anytime in the imaginable future.

Con Ed will pay its freshly enhanced dividend on March 15 to shareholders of record as of Feb. 17.

Valero Energy
With crude oil prices still sliding inexorably lower, the energy sector is hardly investors' flavor of the month just now. But somebody forgot to tell Valero Energy (VLO -0.36%) -- the company hiked its quarterly payout 20% to $0.60 per share. And that was its second dividend raise in as many quarters.

In contrast to many energy concerns, the company has been doing very well of late. This is because its bread-and-butter is refining, a nice counter-play to falling input prices. This is because in an environment such as the one we're in now, retail prices typically fall more slowly than those for the raw materials. So Valero Energy's products -- gasoline, kerosene, etc. -- are bringing in comparatively higher profits. 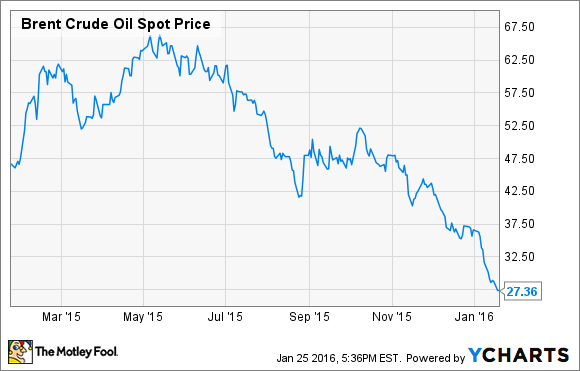 The company's most recently reported quarter demonstrates this. Although operating revenue dropped by 34% on a year-over-year basis (to $22.6 billion), net income surged 30% higher to almost $1.4 billion.

That's helping Valero Energy maintain free cash flow, which at the end of the quarter stood at over $1 billion, well above the $199 million it paid out in dividends in the period. But like the broader energy industry, the refining business can be volatile. There's no guarantee this enhanced dividend will last, despite the advantageous financials at the moment.

Valero Energy's new payout will be dispensed on March 3 to stockholders of record as of Feb. 9.

Alaska Air Group
It's hard to avoid soaring-into-the-sky metaphors after Alaska Air Group's (ALK 0.03%) latest dividend lift. The carrier has declared a quarterly distribution of nearly $0.28 per share, which is a mighty 38% higher than its last payout. That's substantial, but not unusual; since initiating quarterly distributions in mid-2013, the carrier has boosted them by large amounts at the beginning of every year.

There was every reason for Alaska Air Group to do so again now. The company notched new all-time highs for net profit in both its fourth quarter and fiscal 2015, at $186 million and $842 million, respectively. The former, by the way, was nearly 50% higher than in the same quarter the previous year, and on a per-share basis, it comfortably beat the analysts' average estimate. 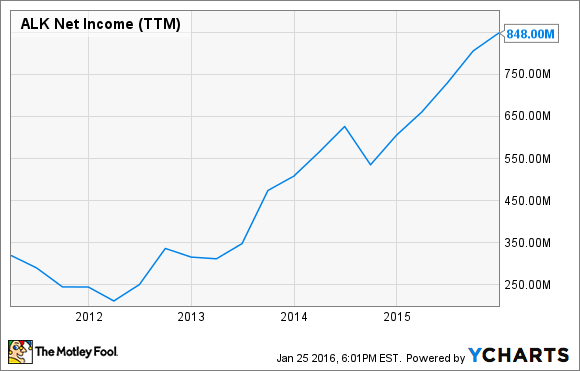 Like its fellow airlines, Alaska Air Group is benefiting greatly from lower oil prices -- in fact, at the moment, jet fuel is the cheapest it's been in over half a decade. Alaska Air Group's spending on fuel declined a whopping 33% in fiscal 2015; hence, the pop in profitability.

Meanwhile, the company's free cash flow nearly doubled on a year-over-year basis in 2015 ... and even back then, FCF covered the total dividend payout many times over. I think this new distribution, then, is quite secure for the moment, even if fuel prices start moving skyward again at some point.

Alaska Air Group's upcoming dividend is to be handed out on March 8 to shareholders of record as of Feb. 23.

Eric Volkman has no position in any stocks mentioned. Nor does The Motley Fool. Try any of our Foolish newsletter services free for 30 days. We Fools may not all hold the same opinions, but we all believe that considering a diverse range of insights makes us better investors. The Motley Fool has a disclosure policy.