Investors can look forward to a critical jobs report from the government, along with a few major quarterly earnings announcements over the next week. 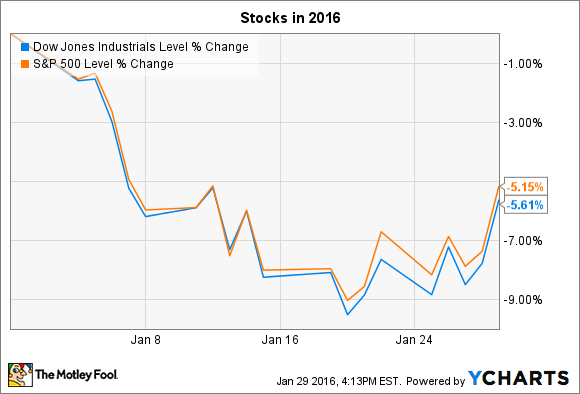 The major economic news of the coming week is due out Friday when the government releases its jobs report for the month of January. Payrolls are expected to rise by about 200,000, marking a slowdown from December's 300,000 job gain. This announcement is especially important as it will inform the Federal Reserve's decision on whether to keep up its projected pace of interest rate hikes.

But earnings updates will likely hold the market's attention ahead of that report. Critical fourth quarter announcements are on deck from Alphabet (GOOGL -0.14%) (GOOG -0.07%), Exxon (XOM 0.56%) and Chipotle (CMG 1.31%) this week.

Monday, Feb. 1 -- Alphabet as the world's most valuable company
Google parent Alphabet kicks things off on Monday when the search giant is expected to post 15% higher sales and a 20% earnings pop to $8.10 per share. Alphabet shares are up over the last three months, bucking the negative market trend and putting it in position to steal Apple's crown as the world's most valuable company. 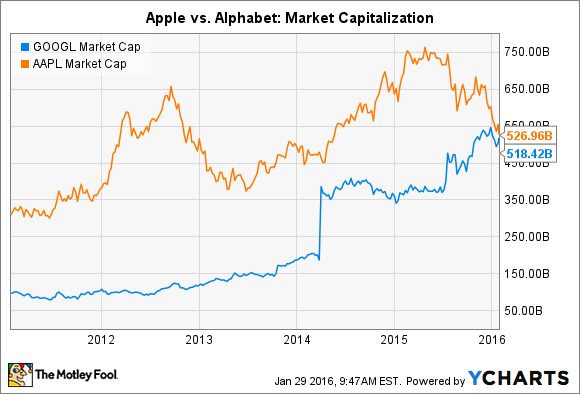 But what really matters are improving operating results, and Alphabet has delivered those in spades. Paid clicks rose 23% year-over-year in the third quarter on strength in mobile search advertising and the YouTube business. The company's operating margin also rose to 33% from 32%, despite significant foreign currency headwinds .

Given the global surge of mobile browsing and digital content consumption evident in Facebook's blockbuster results last week, Alphabet appears to have the wind at its back and should post significant sales and profit gains for its fourth quarter.

Tuesday, Feb. 2 -- How Exxon is adjusting to the oil price plunge
In contrast, Exxon is likely to post an epic operating slump when it announces earnings results on Tuesday morning. Consensus estimates call for the energy giant's sales to have plummeted by 41% as profit sinks 52% to $0.64 per share.

Sharply lower oil and gas prices combined to remove $5.1 billion of profit from Exxon's upstream earnings last quarter, and that's likely to be a major factor in the upcoming results. Oil prices fell 18% in fourth quarter 2015, from $45 per barrel down to $37. Investors will be listening for how Exxon intends to adjust to that sharply weakening operating environment -- especially considering that oil has dipped below $30 per barrel in the past few weeks.

Tuesday, Feb. 2 -- Chipotle's first-ever sales decline
Chipotle is due to announce something that shareholders haven't seen since its IPO in 2006: shrinking revenue. The restaurant chain is expected to post a 6% overall sales decline as customer traffic slumped in the wake of its food safety crisis.

The numbers will be sobering. Chipotle announced in early January that fourth quarter comparable-store sales were likely down 15% after peaking at down 37% at one point in December. Profit was likely cut in half to $1.86 per share .

Management may forecast a lost year of profit this week as the company works to regain consumer trust while bulking up its food safety standards.

Investors have seen indications from executives that they believe Chipotle will overcome this crisis and get back to strong growth. These include bulked up stock buyback spending and no change in the company's aggressive plans for new store openings. We'll find out on Tuesday whether that long-term optimism is backed up by improving customer traffic trends over the last several weeks.