So what: IMAX shares surged in the months before Star Wars: The Force Awakens opened, but gave back those gains since the movie opened on December 18, 2015. This is a classic "buy the rumor, sell the news" kind of reaction from investors. 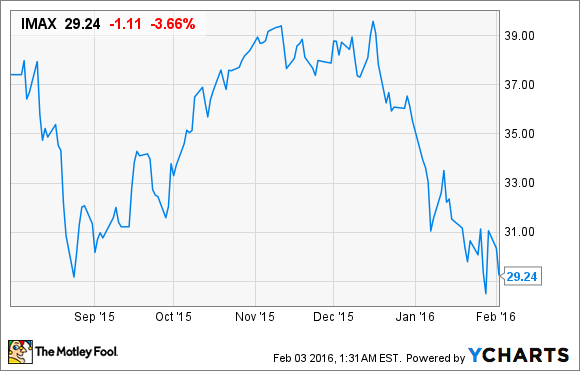 Now what: This was the biggest hit the company has had since Avatar, and it shows that the big screen concept can add a lot of value to studios. What investors should be keeping an eye on rather than the market's mood is IMAX's earnings over the next few quarters. If IMAX can turn the latest Star Wars movie into a big profit, it could continue the good vibes with three more Star Wars movies and three Avatar sequels in the works. I think the dip in shares looks more like a buying opportunity than a sign of weakness for IMAX.