Two recent milestones show the emerging field of artificial intelligence (AI) is a key focus area for Google and its parent, Alphabet Inc. 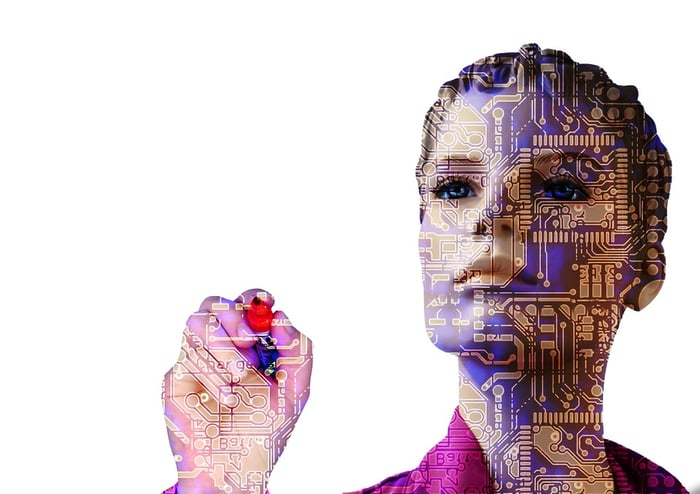 It's rather fitting that Google (or, strictly speaking, Alphabet) took Apple Inc's crown as the most valuable company this week. Within the last seven days, Alphabet has thrown down the gauntlet to its technology rivals with two huge milestones for a burgeoning field in computing. It's not the Internet of Things -- it's bigger than that.

First, in an article published in the science journal Nature on Jan. 28, Alphabet's DeepMind subsidiary announced that its AlphaGo program had beaten the European Go champion 5-0. The victory of a machine over a professional Go player is "a feat previously thought to be a decade away."

Go is a strategy game that originated in China over 2,500 years ago. Two players vie for control of a board, by placing stones at the intersection points of a 19-by-19 grid (as in chess, one player's stones are white, the other's black).

Although the rules are relatively simple, the game allows for extreme complexity in that the number of legal positions -- which was only determined last month -- is roughly 2.1 times 10^170 (the number 10^170 is represented by 1 followed by 170 zeros.) For reference, this far exceeds the number of atoms in the universe, a mere 10^80 (a very rough estimate).

That number puts Go safely beyond the reach of "brute force" attempts to crack the game, which would attempt to examine all positions, by even the most powerful supercomputers.

Fine, you respond, a bunch of eggheads working on a "moonshot" project at Alphabet figured out how to beat a flesh-and-blood Go champion. Big deal -- it sounds pretty far removed from the core Google search business.

Not so. First, it's important to note that Alphabet's DeepMind subsdiary, which developed the AlphaGo program is specialized in artificial intelligence (AI), or "the science and engineering of making intelligent machines, especially intelligent computer programs," according to this Stanford web article.

This brings us to Alphabet's second milestone: Yesterday, the company announced the appointment of John Giannandrea to replace Google's longtime head of search Amit Singhal, who is retiring.

You see, Giannandrea, a Scotsman, is an expert in AI and was most recently Alphabet's head of machine learning. One of the key projects he was overseeing in that capacity was the development of the self-driving car. He will now manage the engineering group that comes up with Google's search algorithms.

The appointment of Giannandrea makes it clear that AI is not a fringe activity at Alphabet. Last October, Fortune reported that more than a hundred teams within the company are working with the machine learning group. The article further added that machine learning code consumed the most power of any computing group at the company in 2015.

Meanwhile, Facebook is reported to be developing a program that uses a machine to play Go called deepforest, but it is said to be no better than the best commercial Go AI systems (in fact, it lags them).