Please ensure Javascript is enabled for purposes of website accessibility
Log In Help Join The Motley Fool
Free Article Join Over 1 Million Premium Members And Get More In-Depth Stock Guidance and Research
By James Sullivan – Feb 4, 2016 at 8:19AM

Zillow's efforts to connect U.S. real estate agents to Chinese buyers should be a major boon for the company.

Zillow (Z -2.93%) (ZG -3.27%) makes money in a number of ways, but no source is more important than the subscriptions it sells to its Premier Agents. A recent move to connect Chinese buyers with these agents should help Zillow continue to grow this recurring revenue stream.

Zillow's most important revenue stream
Zillow's revenue is broken down into two broad categories -- Marketplace and Display. Marketplace consists primarily of subscriptions sold to real estate agents in the company's Premier Agent program.  Over the past five years, Marketplace revenue has grown to dwarf Display revenue, largely on the back of a substantial increase in Premier Agents.

Agents want good leads
Agents are happy to pay a monthly fee if it makes economic sense to do so. Having Zillow collect $402 a month isn't a lot if it brings in solid leads that contribute to even one sale. Even a 3% commission on a $200,000 home is $12,000, or about 30 months of fees paid to Zillow. Getting access to motivated Chinese buyers is a big deal for U.S. agents, and Zillow is using its technology and scale to deliver.

Zillow has partnered with Chinese companies WeChat and NetEase, to ensure that "home shoppers have access to content and market information translated into Mandarin as well as the ability to connect directly with Zillow Group and Mandarin-speaking Premier Agents." The importance of tapping into this buyer base is understandable when analyzing the influence of the Chinese buyer in the U.S. real estate market.

Real estate agents like high purchase prices, a high number of transactions, and cash purchases that shorten the closing period and reduce the risk that a deal will fall through. Chinese buyers spent over $28 billion on homes in the year ended in March 2015, according to The New York Times. CNBC reports, "Forty-six percent of Chinese buyers paid cash for their U.S. homes so far in 2015, up 229% from a decade ago." These are desirable buyers, and Zillow is making it easier for U.S. agents to make the sale.

Technology and scale
It's difficult for a single company or agent to forge the type of relationship that Zillow has built with Chinese buyers. The company first made inroads in 2014 when it made "an exclusive agreement to power the U.S. home search experience for the Chinese real estate website, Leju." Partnering with a Chinese company is a great way for foreign businesses to gain entry into the marketplace. Zillow has built on this success to expand its Chinese presence with the WeChat and NetEase partnerships. 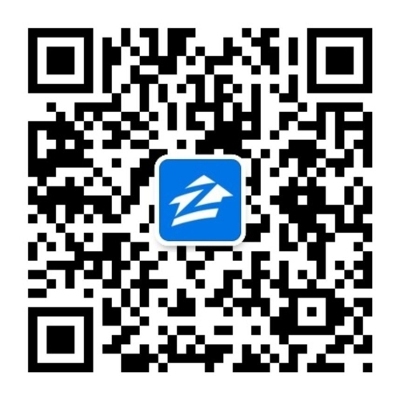 Additionally, Zillow is able to use its scale to commit resources in ways that smaller operations can't. The formation of a special customer-service team is one such benefit of having so many Premier Agents. As a recent Zillow press release notes:

In order to provide Mandarin-speaking buyers with the best experience possible, Zillow Group has created a dedicated customer service team with Mandarin language skills and formed a network of Mandarin-speaking Premier Agents in markets that have been of high interest to Chinese buyers including Los Angeles, New York City, San Francisco and Seattle.

Premier Agents can piggyback off Zillow's efforts to gain access to Chinese buyers as well as the company's ability to offer a level of specialized customer service that would otherwise be out of reach.

Moves like the WeChat and NetEase partnerships make it easier for agents to do their jobs and generate commissions. A happy agent is likely to remain a loyal, paying customer and be amenable to price increases to remain a Premier Agent. In the short run, the stock price will do whatever it wants, but in the long run it will track earnings. If Zillow continues to grow its Premier Agent business the way it has, I see a very bright future for the company and its shareholders.