Please ensure Javascript is enabled for purposes of website accessibility
Log In Help Join The Motley Fool
Free Article Join Over 1 Million Premium Members And Get More In-Depth Stock Guidance and Research
By Dan Caplinger - Feb 6, 2016 at 8:20AM

The specialist narrowed its losses and hit record revenue levels. 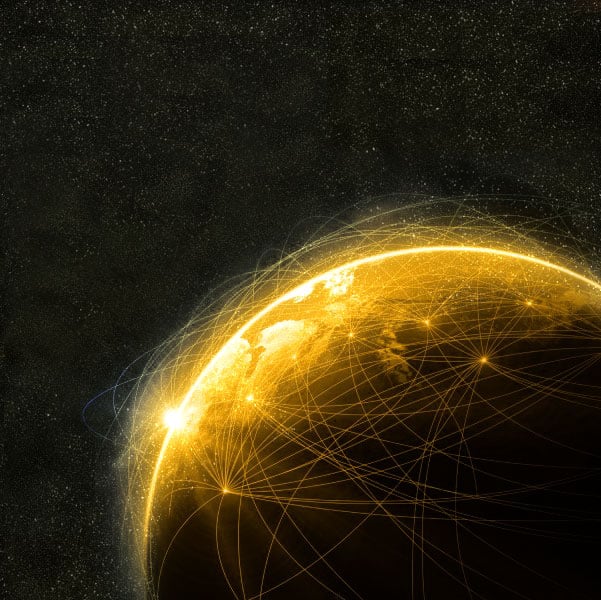 How Interactive Intelligence is still moving forward
Interactive Intelligence's fourth-quarter results gave investors good news on multiple fronts. Revenue climbed 16% to $107.7 million, which was well above the consensus forecast for around $105 million. The company cut its GAAP net loss to just $3.5 million, and even though adjusted earnings of $0.12 per share were down by more than half from the year-ago quarter, it was still nearly a dime per share higher than most investors had expected to see.

Looking more closely at the numbers, Interactive Intelligence continued to impress on the recurring revenue front. Cloud subscriptions and support fees from on-premises licenses jumped 24%, making up nearly 60% of its total revenue for the quarter. In particular, cloud subscriptions were up by more than half, and revenue from the license and hardware segment and the services division were also slightly higher than year-ago levels.

Interactive Intelligence did its best to draw a balance between keeping expenses down and investing in long-term growth. The company spent more than $22 million on research and development during the quarter, up from just $14 million in the year-ago quarter. Gains in sales and marketing and general overhead expenses kept pace with revenue increases, keeping margins relatively stable.

Interactive Intelligence's founder and CEO Dr. Don Brown marked the occasion by talking about the evolution of the business over time. In highlighting the PureCloud product, Brown noted that "this innovative cloud platform was designed as a set of stateless, independently load-balanced microservices running atop Amazon Web services." Going forward, PureCloud should help the company's sales team "encourage the use of monthly contracts that enable organizations to quickly and easily license, configure, and expand their implementations over time."

How will 2016 go for Interactive Intelligence?
Brown sees even better things ahead. "We're focused on becoming a high-velocity cloud company," the CEO said, "not only developing new technology at a faster pace but also accelerating every aspect of our go-to-market and delivery processes." Interactive Intelligence sees itself as the sole company offering high-quality technology for customer engagement in multiple forms.

That said, some have questioned whether the decision to use the Amazon.com (AMZN 2.07%) cloud platform is the best move for Interactive Intelligence. PureCloud benefits from Amazon's load-balancing, analytics capabilities, and network operations center infrastructure. Yet if an Interactive Intelligence client wants to run PureCloud in its own data center, it could create problems that would require potentially extensive work in order to solve effectively.

Interactive Intelligence shares didn't respond dramatically to the news, moving little in after-hours trading following the announcement. After a substantial decline in its share price, Interactive Intelligence needs to demonstrate that it can keep building up its client base and create a platform that will grow in scale for years to come.

Dan Caplinger has no position in any stocks mentioned. The Motley Fool owns shares of and recommends Amazon.com. The Motley Fool recommends Interactive Intelligence. Try any of our Foolish newsletter services free for 30 days. We Fools may not all hold the same opinions, but we all believe that considering a diverse range of insights makes us better investors. The Motley Fool has a disclosure policy.