Please ensure Javascript is enabled for purposes of website accessibility
Log In Help Join The Motley Fool
Free Article Join Over 1 Million Premium Members And Get More In-Depth Stock Guidance and Research
By Brian Stoffel - Feb 9, 2016 at 10:00AM

There's still plenty for long-term investors to love. But you have to take the long view.

Is this the beginning of the end for LinkedIn stock, or is the story just getting started?

Just last week, I wrote an article on three reasons LinkedIn (LNKD.DL) stock could fall. I won't pretend to be omniscient, but my timing couldn't have been better. After reporting disappointing guidance for 2016, the company saw its stock lose over 40% of its value on Friday.

But here's the thing: I'm still a big believer in LinkedIn the company, and the stock. Even after last week's swoon, LinkedIn still accounts for just under 4% of my family's real-life retirement holdings. Here are the three biggest reasons I'm still very bullish on the stock, and why I think it could soar in the years to come.

1. LinkedIn's vision -- and opportunity -- is huge
Ever heard of The Economic Graph? It's the super-ambitious goal that LinkedIn CEO Jeff Weiner has for his company over the long run. The company produced short video available on YouTube outlining the idea. 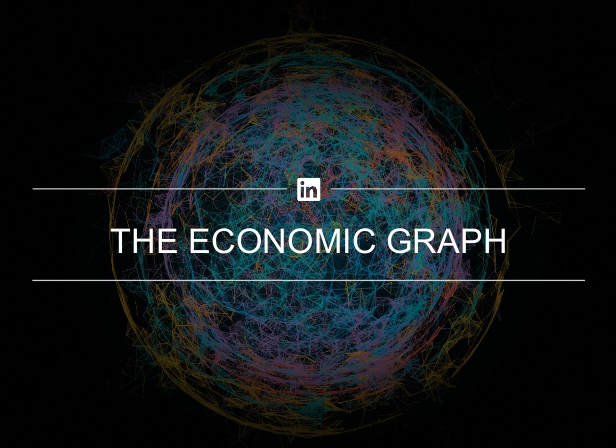 LinkedIn isn't as focused on quarterly results as it is the goal to help ensure 3 billion humans in the workforce find what they're looking for. Photo: LinkedIn.

At its core, it addresses the company's vision: to create economic opportunity for every member of the global workforce. The Economic Graph is LinkedIn's ambitious data project for mapping the world's economy and connecting all individuals with an opportunity fit just for them.

We'll set aside, however, "The Graph" for now -- as it's a decade-long project. That's a timeline Wall Street has no patience for. Instead, all we have to do to see that LinkedIn is improving value for users right now is to look at engagement statistics from the most recent quarter.

The bottom line is that LinkedIn is solidly delivering on engaging users and helping them to find economic opportunities -- which leads to my second main point.

2. Talent Solutions still has a long-tail opportunity
LinkedIn's revenue comes from three divisions. But the one worth focusing on is Talent Solutions -- as it accounted for 62% of revenue last quarter, and it is the area that caused the greatest level of concern during last week's release. Citing weakness abroad, management's forecast called for "mid-20% growth in 2016" for Talent Solutions.

To understand why this was so alarming, take a look at how the division has grown over the past three years.

Obviously, most companies would die for mid-20% growth in a key area. But as I said, LinkedIn was an expensive stock, and investors were hoping for more. Some on Wall Street are concerned that LinkedIn might be saturating its markets -- meaning that there's far less growth left than many had once believed.

On that front, I think there's a key comment from management to take note of. The company recently completed a redesign of its Recruiter platform -- the most important part of Talent Solutions. Weiner said that the "next-generation Recruiter is more intuitive and relevant, and ... will increase a recruiter's ability to find passive talent." Equally important, Weiner said that in 2016, "we will begin our journey toward addressing long-tail hiring by making Recruiter simpler to use."

If the new Recruiter platform is anywhere near as successful in helping companies find talent as the new Flagship App was in engaging users, the results could be huge for investors. Critically, however, revenue contributions from Recruiter -- and the new Referrals program -- were not factored in to management's forecast, as the rollout was expected to be gradual. Next year -- 2017 -- could therefore see a reacceleration of revenue from Talent Solutions.

3. The stock is cheaper than it has ever been
Officially, LinkedIn isn't profitable. But most investors measure the company by its non-GAAP earnings -- which discount the effect of stock rewards for employees. After last week's drop, the company now trades for roughly 38 times trailing non-GAAP earnings.

Take a look at the multiples the stock has traded for over the past four years, and you'll see that its never been anywhere close to as cheap as it is now.

Of course, if LinkedIn isn't able to reaccelerate growth -- or if its investments for the future don't pay off—it may not matter than it's a significantly cheaper stock right now.

But given the company's historical performance, and it's ambitious goals, I believe we'll look back five years from now and realize that this was an opportune time to buy the stock.