Starz (NASDAQ:STRZA) has suffered from not being the leader in any of the categories it operates in.

It's not the top premium cable service, nor is it the top creator of original programming, and it won't be anywhere near the top streaming service when it launches its standalone, no-cable-subscription-required service later this year. There's nothing wrong with Starz, but it's RC Cola in a Coke and Pepsi world. 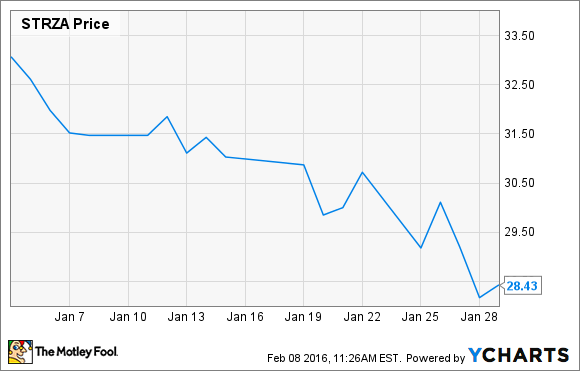 What: Starz had a lousy January losing nearly 14%, according to S&P Capital IQ data. It opened that month on Jan. 4 at $33.05 only to close it on Jan. 29 at $28.43. The drop was not a market reaction to any particular news. It was instead due to underlying concerns about the company and doubts about whether a potential merger with Lions Gate Entertainment (NYSE:LGF-A) would happen.

Lions Gate has long been rumored as a potential merger partner for Starz, because LGE brings certain tax benefits because it's a Canadian company. But with LGF's stock falling 18% in January, the likelihood of that deal has lessened.

"With the (Lions Gate) stock having gone down, it makes it harder for them to do a deal," Cowen & Co. analyst Doug Creutz told the Associated Press. "That's why you're seeing Starz down in sympathy."

So what: Starz is a small fish in an increasingly big pond. With the major pay television services and streaming networks spending huge sums on original content, the company is in danger of being pushed into irrelevance. Starz faces increased competition for licensed content and higher prices for original programming as the market for top-tier project grows tighter.

As a standalone company, Starz faces a very tough road, and if Lions Gate is no longer an option, Starz probably needs another partner.

Now what: While Starz offers a good service, it's not the best at anything. Throughout its existence, that has led to questions as to why it needs to exist. Is there really a place in the market for the fourth or fifth best premium cable network? Will going OTT increase potential revenue or simply leave the company as the 10th (or so) best streaming choice?

Starz needs a partner or it needs an identity. It's hard to see where the company as it currently stands fits into the ongoing cable/pay television/streaming service universe.