Please ensure Javascript is enabled for purposes of website accessibility
Log In Help Join The Motley Fool
Free Article Join Over 1 Million Premium Members And Get More In-Depth Stock Guidance and Research
By Sean Williams, Dan Caplinger, and Chuck Saletta – Feb 10, 2016 at 7:14AM

Income investors take note: these three tech stocks are yielding at least double what you'd get from the S&P 500 index fund.

Technology stocks are most often associated with high growth and big risks, but what you may not realize is that some tech stocks can also be the best sources of recurring income for dividend investors.

Right now the broad-based S&P 500 is yielding around 2%; so we, in turn, asked three of our income-hungry contributors to seek out and suggest one tech stock each with a yield of 4%, or higher that our readers should be following. Here's the companies they came up with.

Sean Williams
If you want a strong dividend in the tech sector, I'd suggest digging deeper into France's telecom giant Orange (ORAN -0.55%).

Orange has struggled mightily since the global recession. Consumer budgets in Europe were constrained for quite some time, and when it looked as if the consumer was finally getting healthier, Iliad entered the mobile mix in France and decided to engage in a pricing war with Orange. Considering that Orange today still draws more than half of its revenue from France, the effects of increased competition have been undeniable on its top- and bottom-line.

However, it appears the tide is finally turning. In October, Orange reported that revenue and profits for the company rose for the first since 2009, even if sales growth was only 0.5% year-over-year. Orange also lifted its full-year revenue forecast by almost 2%. Chief financial officer Ramon Fernandez concluded that 2015 would be the low point for the company, and that 2016 and beyond looked bright.

Why might Orange be able to stick to its turnaround? I see two reasons.

First, Orange has taken the high-road approach to fighting Iliad in its home market of France. Instead of cutting its prices, Orange has been making major investments in its wireless infrastructure for the past couple of years. Orange is of the belief that consumers will pay more for a higher quality and faster network. At first the move caused Orange's stock to get punished, but years later we're seeing the fruits of those investments paying off with smartphones dominating the mobile landscape and consumers hungrier than ever for data.

There's also a huge untapped opportunity in Africa and the Middle East for Orange, where it currently has 111 million subscribers. This may sound like a lot, but a vast majority of Africa remains underdeveloped. As one of the larger carriers in the region, Orange stands to benefit from continued expansion. I'd also contend that, because so many African countries are still in the early stages of economic and industrial development, global recessions are less likely to halt growth, boding well for Orange.

Orange only pays a dividend twice annually, and it'll differ regularly based on its profitability, but based on the prior 12-month period it's yielding about 4.1%. This is a tech stock very much worth monitoring.

Chuck Saletta
Seagate Technology (STX) operates in the rough business of making disk drives for storing computer files. It's a rough business for several reasons, including:

Because of this harsh reality, Seagate's shares trade as though its business is in a secular decline. Its shares command a mere 6.5 price to earnings ratio, and its dividend yield is an eye-popping 8.6%.

Still, Seagate is an intriguing company to follow from an investing perspective, in large part because the company does a great job of rewarding shareholders despite that business reality. Even with that high dividend yield, it only pays out about half its earnings as a dividend. In addition, it has been steadily buying back stock for several years, giving its owners an increasing share of the business. In July 2010, Seagate had 514 million diluted shares outstanding; by October 2015, it only had 308 million.

It's because of that buyback program and reasonable payout ratio that Seagate has been able to consistently increase its per share dividend for the past several years. Its most recent hike took place last October for its November dividend, when it raised the payment from $0.54 per share per quarter to $0.63 per share per quarter.

Over the long run, it's hard to tell whether Seagate's business will grow due to ever-increasing demands for storage, or whether it will shrink due to the tough business landscape it faces. Still, its shares have a lot of bad news already priced into them. Between that low valuation, its large and rising dividend, and its declining share count, it's certainly worth at least following Seagate. 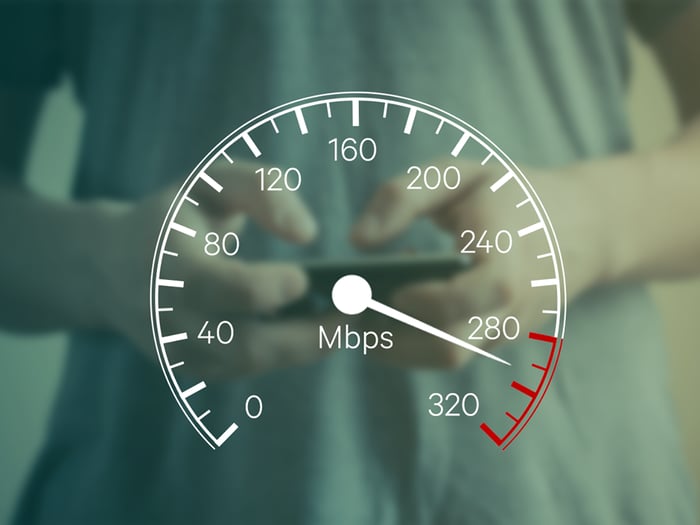 Dan Caplinger
The mobile revolution sent Qualcomm (QCOM -1.62%) to the top of the heap in the semiconductor world, as the tech giant was faster off the draw to take advantage of the new opportunities to provide chips for smartphones, tablets, and other mobile devices. In addition to coming up with chip designs of its own, Qualcomm put together an impressive arsenal of intellectual property that it uses to generate licensing fees, and which has kept money flowing in as emerging markets catch up with more advanced economies by introducing 2G, 3G, and 4G wireless networks of their own.

Recently, Qualcomm has struggled from a couple of key issues. Customers in China haven't always paid the appropriate amounts for licensed technology, and Qualcomm is still fighting to get fair compensation. In addition, quality concerns have led some suppliers to look elsewhere for mobile chips, and that has put Qualcomm in a position in which it has to cater to its remaining customers with terms that aren't as favorable as it would like.

The resulting downturn in Qualcomm's stock price has sent its yield to 4.3%. Yet Qualcomm's payout ratio remains relatively healthy, and with a modest valuation, the company is worth keeping on your radar as a turnaround candidate once the global economy starts to fire on all cylinders again.

Chuck Saletta owns shares of Seagate Technology. Dan Caplinger and Sean Williams have no position in any stocks mentioned in this article.

The Motley Fool owns shares of and recommends Qualcomm. It also recommends Orange (ADR). Try any of our Foolish newsletter services free for 30 days. We Fools may not all hold the same opinions, but we all believe that considering a diverse range of insights makes us better investors. The Motley Fool has a disclosure policy.