The natural gas for transportation leader has been an awful investment, but has shown steady growth in fuel sales, led by renewable natural gas.

Clean Energy Fuels Corp. (CLNE -2.20%) has dealt with the collapse in oil and gas prices much better than anyone could have expected, but one look at the stock price would have you believe that the company is on the ropes: 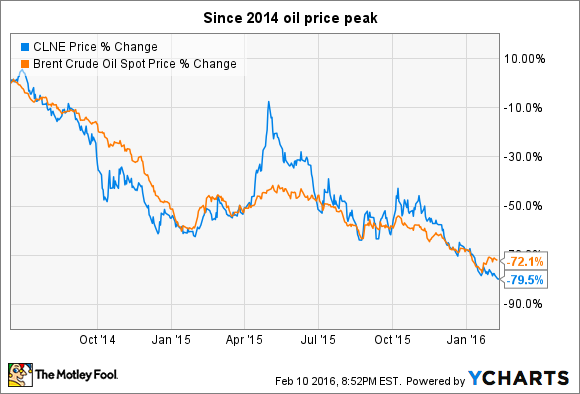 But while its stock has been more like a roller coaster over the past 20 months, the company has actually produced steady growth, at least based on key measures of profitability, and selling more gallons of fuel. But Clean Energy is still short of profitability, and the threat of low gas and diesel prices slowing growth has created uncertainty in the investor community.

Can the company's renewable natural gas, which it sells under the brand name Redeem, continue to drive growth even in the current environment? I think it can, but there's  more to like than just Redeem. Let's talk about why.

The company partnered with Pilot/Flying J, the largest diesel seller and truck stop operator in the U.S. and has built around 100 natural gas stations at that company's truck stops along major shipping corridors.

The late engine arrival put natural gas truck deployments way behind schedule, and falling diesel prices has been a key factor in keeping heavy-duty truck operators from making the switch to natural gas en masse, even though it remains a cheaper and cleaner-burning fuel.

This has weighed on the company's operating and free cash metrics since 2011: 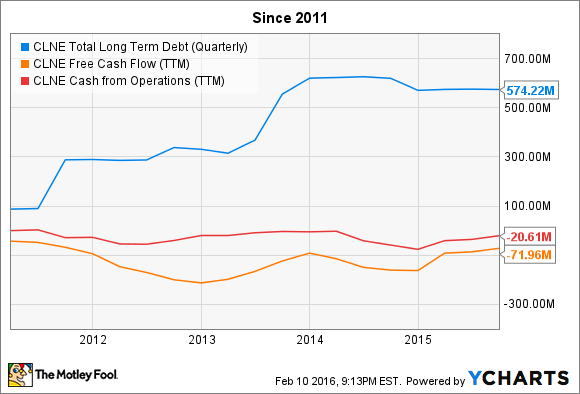 In short, the company's aggressive plans added a lot of expense, but have been slower to bear fruit.

But that doesn't mean Clean Energy isn't growing
To the contrary, the company has steadily grown by one very important measure: gallon equivalents of fuel delivered.

Go back just a bit further to 2009, and Clean Energy is on track to have tripled overall fuel sales, even as growth from trucking has been slow to materialize.

Can Redeem keep growth alive?
According to a recent press release, Redeem is a big part of the recent growth. In 2015, the company sold 50 million gallons of Redeem, up 150% from the 20 million gallons sold in 2014.

Even in Texas, which has some of the cheapest diesel prices in the country, renewable natural gas is attractive. In the press release, Clean Energy said that UPS (NYSE: UPS) was taking delivery of Redeem to fuel part of its delivery vehicle fleet in that state. This is on top of the nearly 400 vehicles that UPS is running on Redeem in California already.

Clean Energy's renewable natural gas has also proven popular with transit fleets, including the City of Santa Monica and University of California San Diego, both of which use Redeem to fuel their bus fleets. Clean Energy has worked over the past several years to increase its supply of renewable natural gas, working with landfill operators and other biowaste producers including farms to bring new sources online to meet the exploding growth the company is seeing.

Cutting costs, driving profitable growth
Clean Energy isn't just depending on Redeem to turn the losses around and get profitable. Over the past year, the company has cut costs and refocused on reaching positive cash flows even as fuel sales growth slowly drives more profitable revenue: 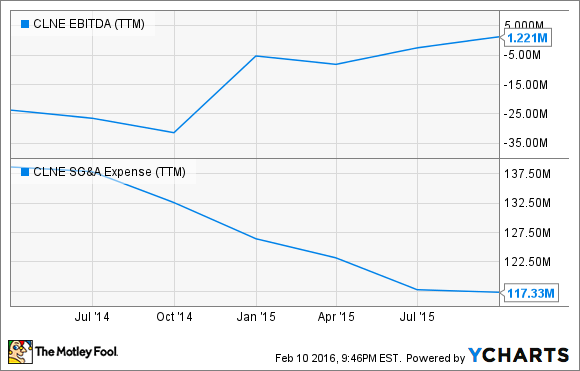 Looking ahead
The company has a lot on its plate in 2016. Clean Energy is still burning cash, though its lower rate of capital expenditures, and a planned $150 million in debt reduction in the third quarter will help bridge the gap. But at the same time, profitable fuel growth is the key, because cuts alone won't be enough.

With that said, investors shouldn't ignore the 19% growth the company delivered through the first nine months of 2015, and the likelihood that it will break 300 million gallons for the full year, while also lowering key costs and holding steady per-gallon profit margins even as diesel prices have gotten more competitive.

Put it all together, and 2016 could very well be a year of redemption for Clean Energy Fuels, and for more reasons than just the emergence of Redeem.