What: It's been a pretty rough start to the new year for The Boeing Co. (NYSE:BA) as its stock has given up all of its gains from the past two years in less than two months. Today, shares were down as much as 12% during trading after an announcement from the Securities and Exchange Commission. 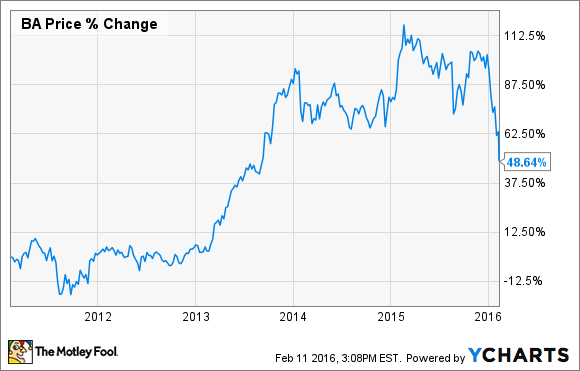 So what: The SEC disclosed that it would investigate whether Boeing properly accounted for the costs and expected sales of its 787 Dreamliner and 747 aircraft, and that has made plenty of investors skittish today.

The issue is with Boeing's program accounting, which is GAAP-compliant and has been in use for decades. The accounting enables Boeing to average out the costs and anticipated profits over the length of a specific program, such as the 787 Dreamliner.

Now, it's possible that Boeing could have intentionally or accidentally underreported expected costs or exaggerated potential sales to make the program results look better. That's just an example of what the SEC will be trying to determine, among others.

Now what: Some investors and analysts have opined that Boeing won't be able to improve its margins on the 787 enough to outweigh the massive capital it has invested into the Dreamliner program, which has consistently been delayed and over budget. Also, Boeing recently announced it would halve its production of 747-8 jets, which rely on selling 35 more jets, to be profitable by its current accounting.

Because of those two factors, one could understand the pressure Boeing faces with those programs becoming profitable for investors. Ultimately, I hate to speculate on developments like this, and the SEC will get to the bottom of it. But with the sell-off today, it's clear some investors aren't willing to stick around despite Boeing's being well poised to take advantage of a global commercial aircraft business that's projected to grow extensively over the next two decades.