Please ensure Javascript is enabled for purposes of website accessibility
Log In Help Join The Motley Fool
Free Article Join Over 1 Million Premium Members And Get More In-Depth Stock Guidance and Research
By Joe Tenebruso - Feb 15, 2016 at 9:19AM

The market giveth, and the market taketh away.

What: Shares of Weight Watchers International (WW -9.38%) dove 44.3% last month, according to data provided by S&P Global Market Intelligence, as the excitement around Oprah Winfrey's involvement with the company faded. 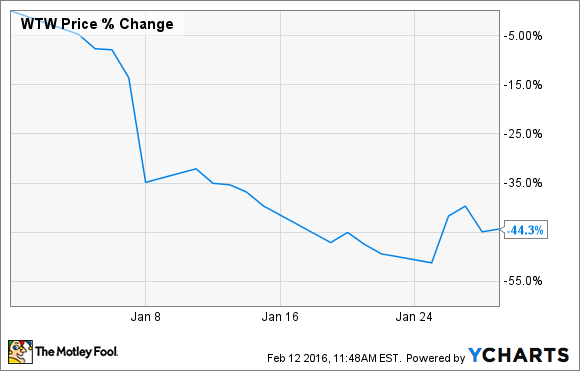 So what: Weight Watchers' stock price more than doubled the day Oprah announced that she had acquired a 10% stake in the company back in October. The stock would go on a massive run and nearly quadruple in value from its price on the day prior to Oprah disclosing her stake. 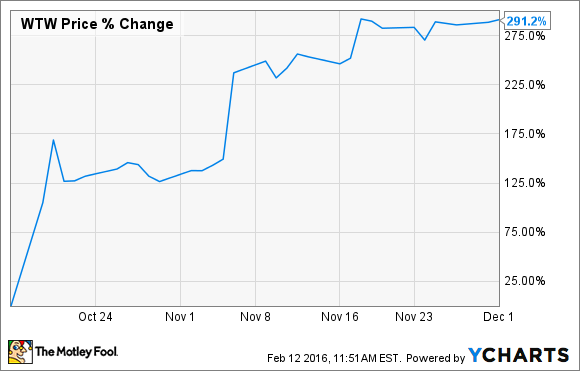 In December, however, the stock entered into a vicious decline, in which it would lose nearly 60% of its value in the subsequent two-and-a-half months. 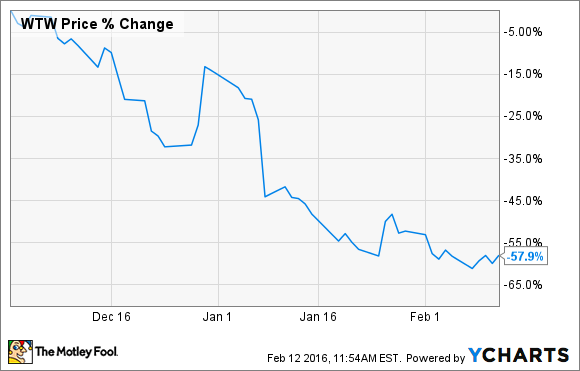 Now what: Investors' excitement for the stock reached a fevered pitch in late 2015 amid speculation that the popular celebrity would make a move to take over the company entirely.  As those rumors have subsided, so too has Weight Watchers' share price. Still, Weight Watchers' results will no doubt benefit from having Oprah as a major shareholder and endorser of the company's products. It just may not move the needle enough to justify a 290% jump in share price, as many investors have come to realize in recent weeks.