Following its recently reported fourth-quarter results, here are the five most important quotes to emerge from Pfizer's conference call regarding its future.

Earlier this month, pharmaceutical giant Pfizer (PFE -0.12%) reported its fourth-quarter results, delivering its first year of operational growth over the past five years.

For the quarter, Pfizer's top-line rose 7% to $14 billion from the prior-year quarter, but on an operating basis, excluding currency fluctuations, revenue rose a robust 14%, driven by growth in its pneumococcal vaccine Prevnar 13, metastatic breast cancer drug Ibrance, and anti-inflammatory Xeljanz.

Profits for Pfizer also edged past estimates. Despite a slight decline in adjusted EPS to $0.53, Pfizer surpassed the Street's consensus estimate by $0.01 per share.

What management wants you to know
Although investors can get a good feel for how Pfizer performed from its headline numbers, they need to be able to dig deeper to get a truer feel for where the company is headed next. That's where listening to a conference call can come in handy. After perusing Pfizer's Q4 conference call, these five critical quotes from management stand head and shoulders above the rest as the most important. 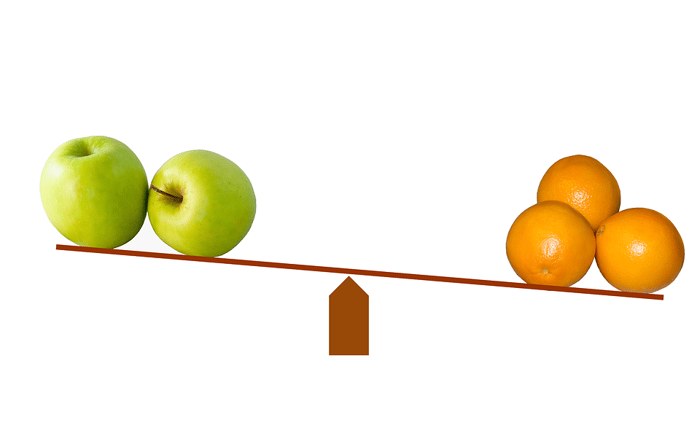 The first keynote quote comes courtesy of Pfizer CFO Frank D'Amelio. The message: if you're willing to do your homework and dig beneath the surface, you'll see that Pfizer is set to grow its sales and profits by 7% and 10%, respectively, in full-year 2016. This may come as a bit of a surprise to investors who took the company's $49 billion to $51 billion full-year 2016 sales guidance to heart.

Why such a difference? Firstly, Pfizer is dealing with sizable currency fluctuations in overseas markets, such as Venezuela. Pfizer has no control over these fluctuations, and in recent quarters they've been adversely impacting its results. Although currency moves do affect Pfizer's final results, they don't accurately represent the operational performance of the company.

Another point emphasized during the conference call is that a good chunk of Pfizer's projected 2016 growth is set to come from its Hospira acquisition. Hospira's line of generic injectables should add some stability to Pfizer's shrinking global established pharma (GEP) portfolio.

In sum, Pfizer's numbers look a lot better on an apples-to-apples basis than they do when one-time costs and benefits are included.

"As a result of our partnership with Merck KGaA, as of the end of 2015, we had 28 ongoing Clinical Development programs for avelumab, with seven of them being pivotal, registrational studies. We anticipate some of these studies will give us potential registrations in areas like Merkel Cell, ovarian, bladder, gastric, and lung cancer. Of these seven studies, we expect to present data in Merkel Cell this year and to see data from the other tumor types in the following two years." -- Ian Read, CEO

Just in case you'd forgotten, Pfizer's management wants to remind investors just how important it views its immuno-oncology product avelumab. As noted by Pfizer's CEO, the experimental therapy is being studied in 28 programs, with seven of them moving into mid-and-late-stage pivotal studies (including one read out later this year in Merkel cell carcinoma).

Considering that Pfizer entered the immunotherapy field a bit late, it wound up paying nothing short of a king's ransom to Merck KGaA (NASDAQOTH: MKGAY) to become the co-developer for avelumab. Pfizer paid Merck KGaA a cool $850 million upfront, it dangled another $2 billion in possible development, regulatory, and sales-based milestones, and it agreed to a co-promotion agreement with Xalkori.

However, even at this seemingly steep price, avelumab could pay off in a big way. Pfizer's approach, which is to bypass the highly competitive metastatic melanoma market and go right after less competitive cancer types, such as bladder and gastric, along with lung cancer, could allow it to establish early market share dominance despite Opdivo and Keytruda beating it to market.

This is going to be a very intriguing drug to watch over the coming years.

"[O]f the 45 million adults eligible at the time of recommendation for vaccination [of Prevnar 13], we have already captured about a third of them. Now, while many adults remain, this cohort is more difficult to capture, as the low hanging fruit is gone... However, we expect this will be mitigated by Europe, which has a very different growth profile. Even with prices lower than U.S., the demographics are very favorable, with a much larger eligible population." -- Albert Bourla, Group President, Vaccines, Oncology & Consumer Healthcare

Prevnar 13 was a veritable monster for Pfizer in 2015. It became the top-selling vaccine in the world last year, with $6.25 billion in cumulative sales -- and based on its growth trajectory it could make a serious run at $7 billion-plus in total sales in 2016.

The secret? Prevnar 13 became a Centers for Disease Control and Prevention-recommended pneumococcal vaccine in September 2014 for adults ages 65 and up. Somewhere in the neighborhood of 30% of the 45 million adults that this message was aimed at were regularly getting a pneumococcal vaccine, so Pfizer found it relatively easy to land these so-called "low hanging fruit" customers.

The challenge moving forward, according to Albert Bourla, is that the remaining 70% of the market is going to be tougher to reach. Pfizer's warned that growth beyond 2015 would slow as spending ramps up to reach these holdouts. What was particularly interesting from Bourla's commentary during the call was his discussion of how European demand for Prevnar vaccines could be the primary growth driver in 2017 and 2018. Price points for Prevnar may be lower in the EU, but the sheer number of eligible patients looks to be even higher.

"So in total, when you look at the pipeline, we have nine distinct biosimilar molecules in different stages of development: infliximab outside of the EU, adalimumab, trastuzumab, bevacizumab, rituximab, pegfilgrastim, ranibizumab, denosumab, uztekumimab. So overall, we have a very strong pipeline." -- John Young, President, Global Established Pharma

One of the cornerstones of Pfizer's growth strategy over the next five-to-ten years involves the use of biosimilars, or drugs derived from living organisms.

Although a number of key blockbuster drugs have patents that could protect them for years to come, the legality of these patents is being tested in courts around the country because of the emergence of biosimilars. If biosimilars make it to market, consumers can likely expect this new class of drugs to price at a 10% to 50% discount to the innovator drugs they're competing against.

The biosimilar debate got even more interesting this past week when the Food and Drug Administration's panel voted 21-3 in favor of recommending approval for Celltrion's biosimilar of Johnson & Johnson's (JNJ 0.47%) anti-inflammatory drug Remicade. What makes the vote so unique was that Celltrion used the argument of extrapolation -- namely that if its biosimilar was successful in two of Remicade's seven indications, then it'd likely be successful in all seven -- to draw an overwhelmingly positive vote from the FDA's panel for all seven therapeutic indications.

As you can see from the above nine compounds, there are some heavy hitters here. A phase 3 trial of a biosimilar of Johnson & Johnson's Remicade, along with the development of biosimilars of Herceptin, Avastin, Humira, Rituxan, Neulasta, Lucentis, and Prolia could generate multi-billions in annual sales for Pfizer.

"I think first, why more than $2 billion, why not a higher number [related to Pfizer-Allergan cost synergies]? I think these are two companies that have done a lot on the cost reduction front -- significant reductions at both companies. I think efficiently run companies.

Two, not a lot of therapeutic area or overlap, which is always kind of a trigger for synergy opportunities.

Third, if you look at the Allergan cost of goods sold, 2/3 of that... from a synergy perspective was unaddressable. It's their ANDA business and royalties. So not a lot we could do there." -- Frank D'Amelio

Finally, the same question that's popped up about a dozen times since Pfizer and Allergan (AGN) announced they were merging reared its head once again. Namely, considering that Pfizer pulled massive cost-savings out of its merger with Wyeth, why is it only generating $2 billion in cost-savings from its merger with Allergan?

Frank D'Amelio took on the response, along with CEO Ian Read shortly after, in an effort to remind investors that this is about revenue growth and product diversification, and not about cost savings (although the redomiciling of Pfizer's headquarters overseas is going to result in huge tax savings).

D'Amelio reminds investors that the major component which will restrict cost-savings in this transaction is the minimal overlap between Pfizer's and Allergan's businesses. There are a handful of therapeutic indications where redundancies can be eliminated, which in combination with the tax savings could lead to the aforementioned $2 billion in total savings. But Allergan's and Pfizer's very different therapeutic focuses don't offer much in the way of overlap. For the time being, it's best to play things conservatively when it comes to cost-savings.