Please ensure Javascript is enabled for purposes of website accessibility
Log In Help Join The Motley Fool
Free Article Join Over 1 Million Premium Members And Get More In-Depth Stock Guidance and Research
By Dan Caplinger - Feb 17, 2016 at 11:19AM

The auto parts supplier did better than most investors had expected. 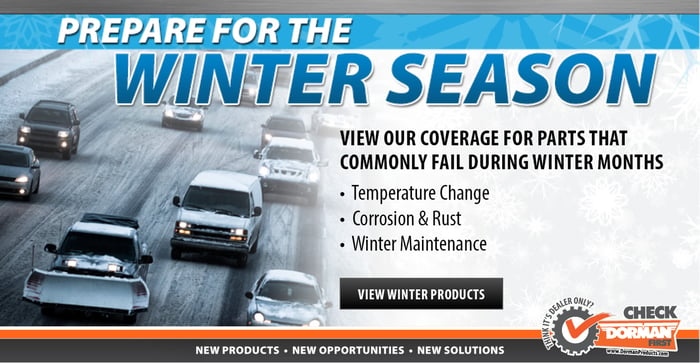 The auto industry goes through cyclical ups and downs, and as a supplier of auto parts to retailers and repair-shop professionals, Dorman Products (DORM 1.70%) is subject to the same changing conditions that affect the entire industry. Coming into Wednesday's fourth-quarter financial report, Dorman Products had seen its stock fall despite the industry's posting a record sales year in 2015.

Some worried that an economic slowdown would reverse the fortunes of the auto industry in 2016, and pull down both Dorman and peers like Genuine Parts Company (GPC 0.26%). Dorman's results put such fears to rest, as the company posted stronger growth than most had expected. Let's take a closer look at Dorman Products, and what its latest financials say about its future prospects.

Dorman goes into overdrive
Dorman Products' fourth-quarter results showed some acceleration in its growth. Revenue jumped 18%, to $204.8 million, dramatically outpacing the 11% growth rate that most of those following the stock were looking to see. Net income jumped 17%, to $21.8 million, and after accounting for a one-time loss, adjusted earnings came in at $0.67 per share, beating the consensus forecast by $0.03 per share.

A closer look at Dorman's numbers provides some color on the headline results. The company reminded investors that about $10 million of the company's rise in sales came from the fact that revenue in the year-ago quarter was artificially low because of changes to its enterprise resource planning system. In addition, gross margins fell slightly during the quarter, and Dorman said that excess and obsolete inventory provisions were responsible for most of the decline.

Dorman did a good job of controlling cost increases in an effort to boost its bottom line. Overhead expenses climbed 14%, but despite labor cost increases and greater expenses in handling accounts receivable, Dorman's ability to keep expenses rising at a slower pace than revenues helped contribute to a boost of nearly half a percentage point in operating margins for the quarter.

CEO Matt Barton celebrated the close of a successful year for Dorman Products. "As expected, our fourth quarter sales growth rate returned to historical double-digit levels," Barton said. He further explained that, in addition to the ERP system impact, Dorman's sales "increase was due to higher sales of new products and strong product sell-through rates at most customers."

What's driving Dorman's growth?
Dorman has continued to look for new ways to grow. The company boosted its total parts introduced during the 2015 year by 30% to more than 4,850, and almost 1,500 of those were part of Dorman's "Formerly Dealer Only" initiative. Dorman has sought to concentrate on the high-end of the auto parts market by offering proprietary products that most customers would visit a dealer -- like a Ford Motor outlet -- to obtain. Total revenue from products introduced within the past 24 months fell slightly, to 19%, reflecting Dorman's strategy of releasing products earlier in their lifecycles to extend their sale-generating capacities.

Dorman continued to show its confidence in its stock, continuing its stock repurchases during the fourth quarter. All told, spending on share buybacks in 2015 amounted to $35.7 million, and Dorman bought back almost 750,000 shares at a price of just less than $48 per share. Under its current authorization, the parts maker still has $73.9 million left to spend if it chooses.

The results were even better in light of what Genuine Parts told investors the previous day. The peer parts maker reported flat earnings from the previous year's fourth quarter, and sales for Genuine Parts' automotive group, fell 2.5% due primarily to currency-based impacts. The fact that Genuine Parts managed to overcome anticipated trouble made it all the more important for Dorman to show solid growth, and Dorman's success was quite welcome.

Dorman Products shareholders celebrated the news, sending the stock up 9% in the first hour of trading following the announcement. If Dorman can keep ahead of Genuine Parts, and demonstrate the value of its high-end products, then the payoff could be even larger for investors over the long run.