It's worth learning more about Medicare and perhaps even consulting a professional for guidance about it, as some savvy strategizing can save you money, get you better coverage, or both.

Medicare is a very big deal, offering health coverage for tens of millions of Americans aged 65 and older, as well as many younger ones with certain disabilities or end-stage kidney disease. Indeed, as of November 2015, 37.8 million Americans were enrolled in the original Medicare program and 18.1 million had signed up for Medicare Advantage and other plans, for a total of almost 56 million Americans in the system.

Despite the fact that most of us either are or will be enrollees, there are plenty of misconceptions about Medicare going around. Let's debunk some of the bigger ones so you understand this crucial assistance program.

Misconception 1: You can sign up for Medicare any time after you turn 65.
Fact: There is a limited period during which you can enroll in Medicare without incurring extra costs. Being late can mean paying higher premiums for the rest of your life. So when is the right time to apply? You're eligible for Medicare at age 65, and you can sign up anytime within the three months leading up to your 65th birthday, during the month of your birthday, or within the three months that follow. If you fail to enroll during this seven-month period, you can always enroll during the "general enrollment period," which is from Jan. 1 through March 31 of each year -- but your part B premiums (which cover medical services but not hospital services) can rise by 10% for each year in which you were eligible for Medicare but didn't enroll.

If you're still working and have employer-provided healthcare coverage at age 65, or if you're serving as a volunteer abroad, then you can delay enrolling in Medicare without penalty. You'll get a special enrollment period based on when you return, when you stop working, or when your employer-provided coverage ends.

And here's a bit of good news: If you're already receiving Social Security benefits, you'll likely automatically be enrolled in Medicare. You'll know this has happened because you'll receive your Medicare card in the mail three months before your 65th birthday. Many people don't start collecting Social Security that early, though, so this loophole may not save you from enrolling too late. 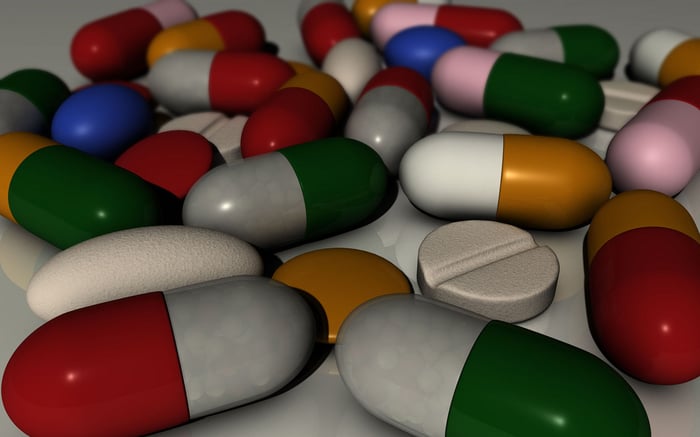 Misconception 2: Medicare is simple -- choose it or don't.
Fact: There's no single Medicare plan. There are a variety of plans you can choose from and a bunch of different strategies to employ. For example, the "original" Medicare plan has several parts, and you don't have to get them all. Part A covers inpatient hospital care (such as surgery), some lab tests, doctor visits, and some care provided by skilled nursing facilities, hospice, and home healthcare providers. Part B covers certain doctors' services, outpatient care, and medical supplies -- those deemed "medically necessary" to diagnose or treat you -- as well as preventive and early-detection services such as certain vaccines and screenings. It also covers durable medical equipment (such as blood sugar monitors and home oxygen equipment), mental-health care, and limited prescription drugs.

Part C features Medicare Advantage plans, which are an alternate way to receive Part A and Part B coverage. Whereas Parts A and B are traditionally provided by Medicare, Medicare Advantage plans are offered by private insurance companies, such as UnitedHealth Group or various Blue Cross Blue Shield organizations that have contracted with Medicare to do so. Their plans are still regulated by the federal government and must offer at least as much coverage as original Medicare does. Part D offers prescription drug coverage.

It's worth reading up on Medicare and perhaps even consulting a professional for guidance about it, as some savvy strategizing can save you money and/or get you better coverage.

Misconception 3: Medicare is free.
Fact: While some of Medicare is free for most of us, much of it costs something, and prices change from year to year. Here are some 2016 costs:

There's more to learn about Medicare, and you can start at www.Medicare.gov. By learning as much as possible and seeing through the common Medicare myths, you'll empower yourself to pick the best plan for you at the best possible time.