Shares of independent power producer NRG Energy (NYSE:NRG) are down more than 60% over the past 12 months. A steep earnings decline and uncertainty in the management ranks are pressuring shares in one of the largest and most diversified wholesale power producers in the United States. But despite a leveraged balance sheet and a bout of selling after the departure of visionary leader David Crane, the company is still repurchasing shares, paying dividends and is projected to generate $1 billion to $1.2 billion in free cash this year. Despite the recent uncertainty surrounding the stock and new management, here are three reasons you should consider NRG today.

Its facilities can generate around 50,000 megawatts from solar, wind, fossil, and nuclear power, enough to support one-third of the U.S. population. 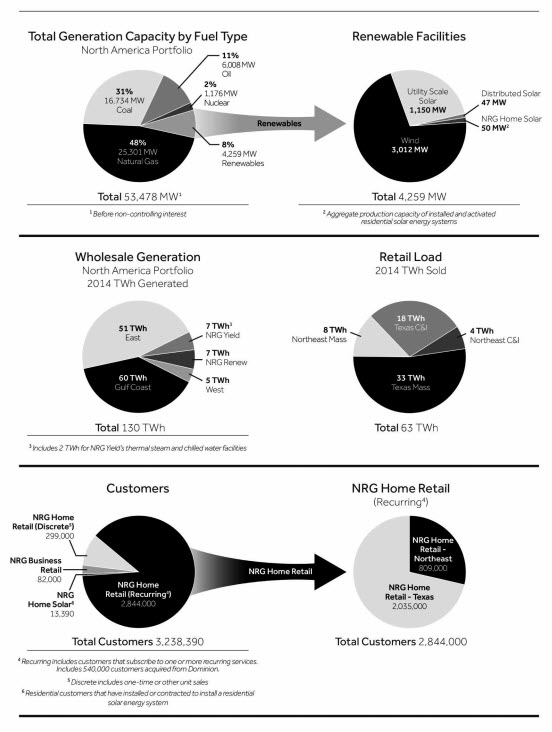 NRG's facilities consist of baseload, intermediate, intermittent, and peaking power, and most of its cash flow is derived from the sale of capacity and power from the baseload and intermediate facilities. Its operations through various energy segments give NRG a very diversified base that will allow it to withstand various commodity cycles. 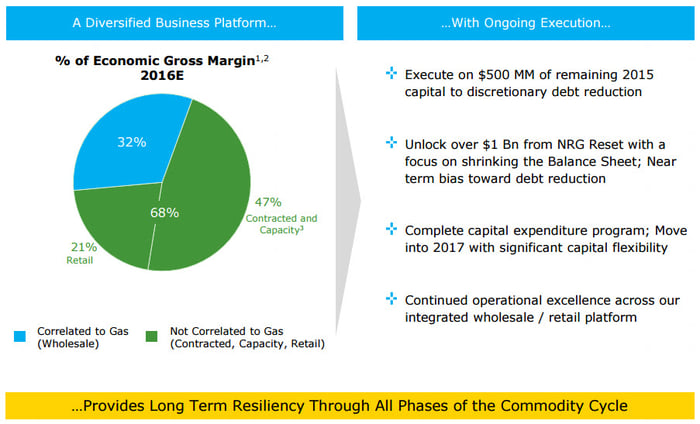 Management is focused on shrinking the balance sheet through 2016 and 2017, and the company is well hedged into 2017. However, current debt levels are a bit of a concern and created a great deal of uncertainty in the market in terms of how the company would be able to finance many of its new, ambitious projects. The market didn't like what former CEO Crane was doing with his big investments in renewable energy, which came at a time when anything energy-related was cratering.

Shareholders didn't want growth and innovation, they wanted predictable cash flows and reliable dividends. Share prices cratered as a result. Crane attempted to stem the uncertainty of his strategy and uneasiness of the shareholder base by splitting the renewable-energy business from the primary energy operations. Unfortunately, it didn't help that his moves coincided with the drop in electricity demand and overcapacity in the market that strained the company's balance sheet.

The company has responded to the decline in share prices by announcing cost-cutting initiatives and the sale of non-core assets, specifically coal-fired facilities. Some criticized a sale on Dec. 3, which amounted to $138 million in proceeds, as a fire sale, and the company indeed has a long way to go to take down its debt. Regardless, the $1 billion to $1.2 billion in projected cash flow should make the $19.60 billion in long-term debt manageable, especially since the bulk of the long-term debt coming due is after 2019.

Shares are undervalued
Management projects free cash flow of $1 billion to $1.2 billion in 2016. At an enterprise value of $23.09 billion, the company would be trading at 23 times free cash flow. On a market-cap basis, it currently trades at 3.14 times free cash, an incredibly small multiple given the stability and free cash flow capability of the business. 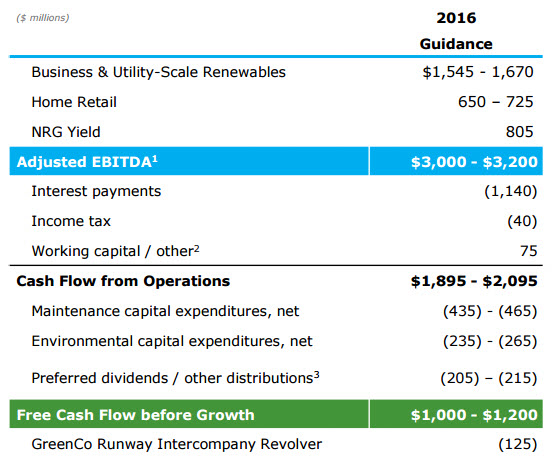 Additionally, the company is trading at 70% of tangible book value. There appears to be a divergence between perception and reality as the market tries to understand the intentions of new management and the future of the company.

Investor takeaway
This leading wholesale power generator has grown incredibly over the past 10 years, increasing revenue nearly five-fold during that time. The balance sheet obligations are somewhat worrisome, but the company's free cash flow capability should help make the debt levels manageable. The recent uncertainty from Crane's resignation and the reorganization of the company will probably result in a bumpy ride in the short term. However, shares look attractive at current levels, and the dividend appears safe and should be of interest to investors at a 5.81% yield. I believe the market is giving long-term investors a gift, and I intend on taking advantage of the opportunity.