Kids will leave you scrambling to save, but all is not lost.

There's a reason more and more people these days are waiting until they're older to have children. College debt, a lackluster economy, and crippling child-care costs have prompted an increasing number of families to hold off on bringing babies into the mix. In fact, the CDC reports that over the past 40 years, the average age of women at the time they deliver their first child has risen substantially, with the percentage of women who wait until age 40 or older to have their first baby rising rapidly.

Of course, there are benefits to having kids later on in life, such as getting to build a stable career and save money before children come along to wreak havoc on your finances. Whether you're in the diapers stage, the soccer camp stage, or the college stage, kids have a way of making a healthy salary magically disappear. In fact, it will cost most parents today close to $250,000 to raise a child from birth through age 18, and that frightening figure doesn't even include paying for higher education.

But there are drawbacks to waiting to have children as well. Having kids later in life means you're more likely to start paying their college tuition within a decade of entering retirement (assuming you plan to foot the bill for their degrees). Let's say you have your first child at 38 and your second at 40. Assuming your kids start college at age 18 and attend for four years, you'll be 56 when your first enters as a freshman and 62 when your second graduates. If your goal is to retire at age 67, which the Social Security Administration considers the full retirement age for anyone born in 1960 or later, then you'll only have five post-college years to sock away money for retirement. 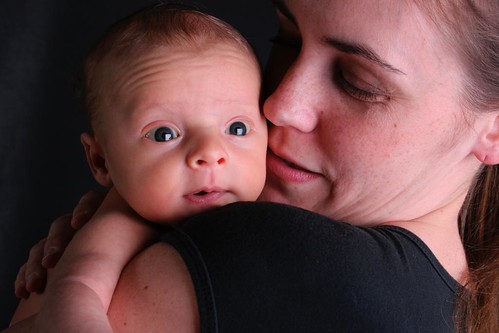 And here's another thing to consider: If you expect or feel obligated to pay for your children's weddings, there's a good chance you'll be doing so by the time you've already left the workforce, which could prove difficult on a fixed income. These days, 26 is the average age for women to get married for the first time, while 29 is the average for men. If you have a child at 38 and another at 40, and they get married around the current average age, then you could be looking at back-to-back wedding bills when you're in your late 60s.

Put retirement before their college degrees
It's natural to want the very best for your child, including a top-notch college education. And you may be inclined to stretch yourself financially to pay for that education, even if it means forgoing retirement savings for a number of years. The problem with that approach, however, is that while you have the option to borrow money for college, you can't take out loans to fund your retirement, which means putting money into a 401(k) or IRA should take priority over saving to pay for your kids' tuition.

Stock up on cash before the kids come
Some people have children later on because they don't meet their life partners until they're older. Others put off family building for financial or career-related reasons, despite already being married. If you fall into the latter category, then be sure to take advantage of the child-free years of dual income. Save as much as you can, while you can, so that if you're unable to contribute heavily to a retirement account later in life, you'll still have a nice cushion. Besides, the sooner you start saving for retirement, the longer your money has to grow.

Say you start saving $5,500 a year -- the current maximum IRA contribution and about 10% of the typical American's salary -- at age 26 and continue to do so until age 38, at which point you have your first child and can no longer contribute at all. If your investments bring in an 8% return -- a reasonable assumption, given that the average annual return for the S&P 500 since its inception through 2014 is roughly 10% -- then by 38, you'll have amassed a balance of roughly $113,000. Even if you don't contribute another penny and just let that balance grow until you reach 67, you'll be sitting on over $1 million come retirement, which is far from shabby.

Save equally for milestones and the unexpected
Sure, you may be able to calculate how much money you'll need to pay for a child's wedding down the line, but major expenses tend to catch retirees off guard. When you calculate how much money you'll need in retirement to meet your goals, factor in unexpected medical bills, home repairs, and other potentially monumental expenses. If your life goes unbelievably smoothly and you never wind up needing those reserves in retirement, then you can always gift that money to your grandkids (or travel the world, upgrade your nursing-home room, or whatever makes you happiest).

Delay retirement when all else fails
If having kids later in life puts you in a situation where your retirement savings balance isn't where it should be, then your best bet may be to delay retirement for a few years and bank your salary in order to get back on track. Though spending a few extra years in the workforce may not be ideal, it's a more smarter choice than entering retirement on shaky ground.

No matter what age you are when you have your first child, remember this: Although kids are expensive, they're not born with an automatic dibs on your every last dime. While you can't skimp on diapers and the like, you can cut corners to maximize your savings and raise happy, well-adjusted children at the same time. Besides, if there's one advantage to having kids later on, it's the fact that you're approaching your new role as a parent with a clearer, more mature head on your shoulders, which means you're old enough to know that a little extra money in the bank can go a long way.