Please ensure Javascript is enabled for purposes of website accessibility
Log In Help Join The Motley Fool
Free Article Join Over 1 Million Premium Members And Get More In-Depth Stock Guidance and Research
By Dan Caplinger - Feb 22, 2016 at 11:31AM

One of these tobacco giants has done better than the other, but which looks more promising right now? 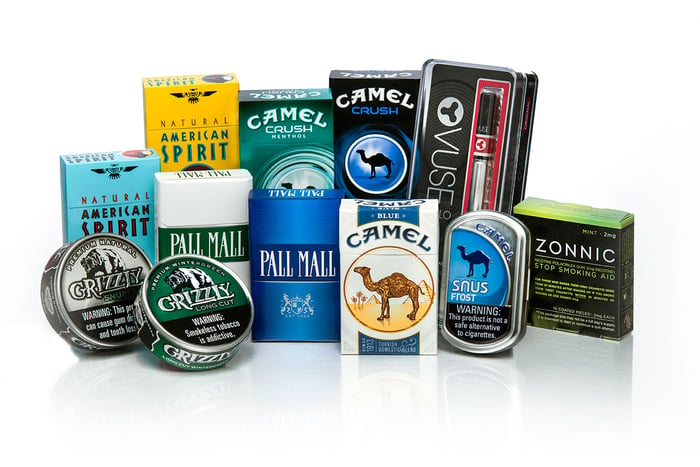 Investors have made huge money in the tobacco industry over the years, and Altria Group (MO 2.09%) and Reynolds American (RAI) have emerged as the surviving giants in the U.S. cigarette market. Yet the two stocks haven't produced equal returns lately, and many investors want to know which one is a better buy right now. Let's compare Altria Group and Reynolds American on a number of metrics to see which one looks more attractive under current conditions.

Valuation
In terms of stock returns, Reynolds American has done far better than Altria Group over the past year. Reynolds American's total return has amounted to almost 39%, tripling the 13% return for Altria.

At first glance, Altria appears to carry a higher valuation than Reynolds despite the weaker return. On a trailing basis, Altria's earnings multiple is almost 23, compared to just 19 for Reynolds. However, when you factor in expectations for near-term growth, the two companies' valuations converge, with Altria's forward multiple dropping to 18 while Reynolds American's stays at 19. At least based on current valuations, both companies appear to be relatively similar.

Dividends
Both Reynolds American and Altria Group have treated investors well over the years. Altria has the edge with current yield, paying 3.7% compared to Reynolds American's 3.4% dividend yield.

In terms of dividend philosophy, the two companies have maintained similar discipline. In its most recent quarterly report, at which it announced a 17% dividend increase, Reynolds American said that it intends to target a dividend payout ratio of 75%. That's reasonably consistent with the 80% payout ratio that Altria currently maintains, but the slight difference also explains the small disparity in yields between the two companies.

For those seeking dividend growth, Altria has established a stronger track record. Were it not for Altria's spinoff of Philip Morris International (PM 1.80%), it would qualify as a Dividend Aristocrat, with decades of annual dividend growth. Reynolds American's streak of annual dividend increases only goes back about a decade, although since then, it has more than tripled its payout. Both stocks have similar current and future dividend prospects.

Growth
Top-line growth has always been a challenge for the tobacco industry, and both Altria and Reynolds American rely on pricing power to counter the long-term trend toward falling volumes. Unlike Philip Morris International, which has access to foreign markets in which tobacco use is on the rise, Reynolds and Altria's exposure to the U.S. market leave it with limited growth prospects.

In Altria's most recent quarterly report, the company reported a 2.5% rise in revenue net of excise tax and net income rose just 1%. The smokeable products division did well, and guidance pointed toward solid earnings growth of 7% to 9% in 2016. Altria hopes that its cooperative partnership with Philip Morris International on development and marketing of cigarette alternatives like Philip Morris' iQOS heat-not-burn technology will produce good results in the U.S., and it also sees a potential transformation because of the buyout of beer maker SABMiller, in which Altria holds a substantial minority stake.

Reynolds American's numbers looked much better, but most of that stemmed from the Lorillard acquisition. Revenue soared 43% and adjusted net income climbed by almost 50%, but the company actually missed earnings expectations. Nevertheless, successes from its Vuse vapor products and its Natural American Spirit ultra-premium brand showed some key growth potential, and the integration of Lorillard's Newport brand point toward further gains in the future.

In the end, deciding between Altria Group and Reynolds American depends on whether you want to bet on a current leader or a scrappy No. 2 player in the industry. Both companies are looking up and are in good positions to climb further in the years to come, and numerically, they look similar enough that either one would make a reasonable addition to your portfolio.

Why Altria's Kingly Yield Is as Good as It Looks