The largest Dreamliner variant is the key to recouping Boeing's early losses on the 787 program.

Shares of Boeing (BA 0.28%) have slumped more than 20% since late December. The primary culprits have been investor concerns around aircraft demand and -- more recently -- reports of a possible SEC investigation into Boeing's accounting for the 747 and 787 widebody jet programs. 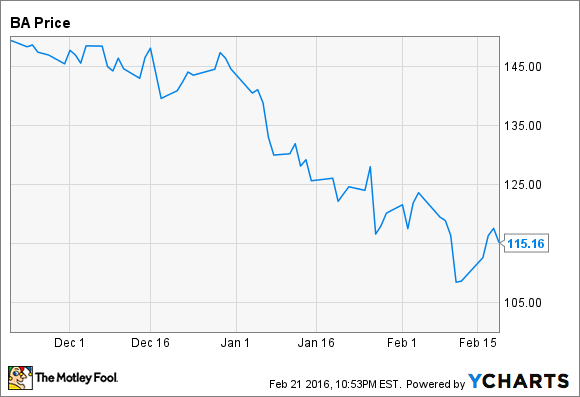 At an investor conference last week, Boeing CEO Dennis Muilenberg offered a spirited defense of the company's profit and cash flow trajectory. He was particularly adamant that Boeing would earn enough profit on future Dreamliner production to offset the tens of billions of dollars in losses it incurred from building the first few hundred 787s.

To turn this promise into a reality, Muilenberg is counting on a big improvement in the product mix within the Dreamliner family. Higher production of the larger and more profitable models, particularly the 787-10, will drive strong improvements in the program's profitability.

More revenue, not much more cost
It's generally true within any aircraft program that the larger variants are more profitable than smaller ones. Airlines usually like the larger variants because they have lower unit costs. This allows aircraft manufacturers like Boeing to get significantly higher prices even though production costs aren't that much greater.

Boeing has lost more than $20 billion on 787-8 production. Photo: Boeing

On the other hand, once the production program matures, the incremental cost to build a 787-9 rather than a 787-8 or a 787-10 instead of a 787-9 should be less than $10 million. Muilenberg noted during his remarks last week that the 787-9 is actually easier to build than the 787-8, driving better cost performance. The 787-10 has 95% commonality with the 787-9, so Muilenberg expects similarly good results there.

Moving the mix
Nearly 80% of the Dreamliners delivered up until the end of 2015 were the 787-8. That's one of the reasons why Boeing has lost so much money on the program so far.

Shifting most production toward the 787-9 rather than the 787-8 has driven big improvements in Dreamliner profitability. However, there's a significant opportunity remaining if Boeing can sell more 787-10s. Deutsche Bank analyst Myles Walton estimated last year that by 2020, Boeing's average profit on the 787-10 could be $15 million higher than for the 787-9.

The 787-10 will generate the highest per-plane profit of any Dreamliner variant. Photo: Boeing

The 787-10 could also pick up orders from airlines looking to replace the smaller 767 or the larger 747 with the most fuel-efficient plane available. Most importantly, the 787-10 could be an ideal airplane to cater to growth on dense, medium-haul routes.

Boeing plans to deliver the first 787-10 in 2018. As the largest and most profitable Dreamliner variant becomes a bigger portion of the sales mix in the years thereafter, Boeing should be able to start cranking out large profits from its 787 Dreamliner product line.