Despite good performance to finish 2015, shares of the Chinese online gaming company fell after its report. 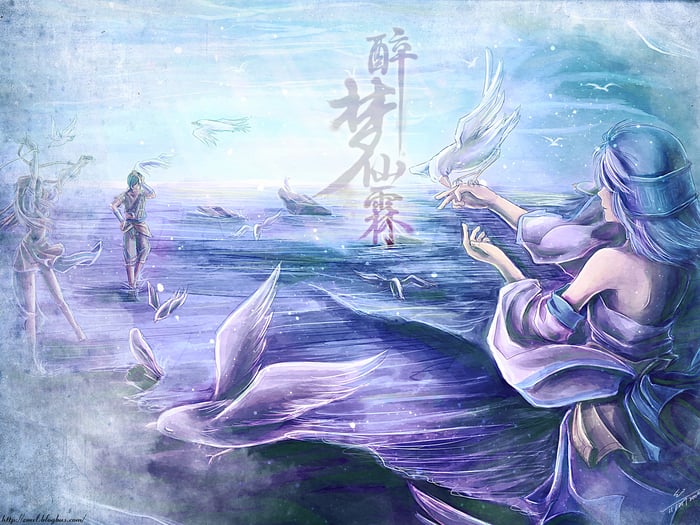 The video-gaming industry has a worldwide presence, and nowhere does it have more influence than in China. NetEase (NTES -1.77%) has produced huge growth over the years from its presence in China, and it has leveraged its position to create lucrative partnerships including one with Activision Blizzard's (ATVI -2.70%) Blizzard Entertainment division to distribute World of Warcraft in China. Coming into Wednesday's fourth-quarter financial report, NetEase investors wanted to see continued growth in revenue and earnings. NetEase did well on both counts, but the stock still fell after the release. Let's take a closer look at the latest from NetEase to see why there was a disconnect in shareholders' response to the report.

NetEase keeps on winning
NetEase's fourth-quarter results looked just as solid as they have in past quarters. Sales jumped 128% in local currency, working out to $1.22 billion and producing even better growth than the 122% that most investors had expected. Net income jumped 70% in yuan terms, working out to $334.1 million, and earnings of $2.52 per share were more than a quarter per share higher than the consensus forecast among those following the stock.

Taking a closer look at NetEase's results, the video game company picked up considerable sales gains in all of its segments. Online gaming-related services saw revenue more than double, and sales from the email and e-commerce business more than quadrupled from year-earlier figures. Even the relatively slow-growth advertising services unit managed gains of more than two-thirds, grew at an even faster pace of 162%. Unfortunately, margins continued to fall, and overall, NetEase's gross margins were down more than 18 percentage points from year-ago levels. The main culprit was the near-tripling in costs of revenue for online game services, although the email and e-commerce division also saw big expenses gains as well that nearly wiped out gross profit margins entirely.

NetEase keeps coming up with games on its own as well as through partnerships. The company highlighted offerings such as Revelation and Hegemon-King of Western Chu, but it also pointed to the Activision Blizzard game Hearthstone: Heroes of Warcraft game in driving traffic. Expansion packs for PC-related games like Kung Fu Master II act as a reminder that traditional computer games have also taken on a new life of their own.

CEO William Ding expressed his excitement about NetEase's prospects. "2015 marked a year of tremendous growth fueled by all-around achievement for our company," Ding said, and the CEO pointed to its efforts to broaden game offerings both for PC-clients and on mobile platforms.

Can NetEase keep on winning?
As we've seen in past quarters, a rise in NetEase's income will translate to a higher dividend. Investors will get a fourth-quarter payout of $0.64 per share, up by 14% from last quarter's $0.56 per share dividend. That brings the total increase since the first quarter of 2015 to 64%, once again proving the potential benefits of using a strategy based on percentage of income to decide dividend amounts.

Much of NetEase's future prospects will rely on the strength of the Chinese gaming economy, but so far, the company has proven resistant to the strains that have hit other Chinese stocks. The Activision Blizzard partnership likely plays a role in that, as Blizzard has plenty of experience in working with gamers across the globe and figuring out ways to weather tough economic conditions in certain areas.

Despite the impressive results, NetEase shareholders weren't immediately pleased with the results, sending the stock down more than 5% in the first hour of after-market trading following the announcement. Nevertheless, by using its relationship with Activision Blizzard and continuing to develop its own games, NetEase seems to be doing everything it can to stay on top of the video-gaming industry in China.

Dan Caplinger has no position in any stocks mentioned. The Motley Fool owns shares of and recommends Activision Blizzard. The Motley Fool recommends NetEase.com. Try any of our Foolish newsletter services free for 30 days. We Fools may not all hold the same opinions, but we all believe that considering a diverse range of insights makes us better investors. The Motley Fool has a disclosure policy.