Buffett bagged a couple of elephants on Berkshire Hathaway's behalf in 2015. Those deals matter more than the stock's recent under-performance.

As the week comes to an end, equity traders are struggling to find any sort of momentum, with U.S. stocks crossing over from gains into losses and vice versa. The S&P 500 (^GSPC -1.72%) and the Dow Jones Industrial Average (^DJI -1.62%) are are up 0.17% and 0.09%, respectively, at 1:21 p.m. ET. Thankfully, tomorrow morning will produce a powerful antidote to trying to follow the market's gyrations on a minute-by-minute basis with the publication of Warren Buffett's annual letter to Berkshire Hathaway shareholders. 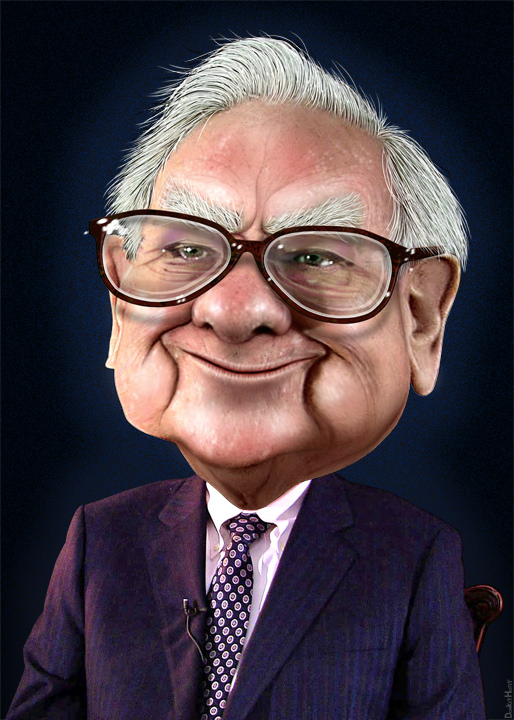 Author: DonkeyHotey. Republished under CC BY 2.0.

When it comes to compounding Berkshire Hathaway's value, Buffett is more concerned with the next quarter-century -- even if he won't necessarily be around to see it out -- than the next quarter of an hour. In 2015, bagged a couple of elephants (large acquisitions) that will contribute to Berkshire's bottom line for years to come.

Big deal!
In March, 50% Berkshire-owned H. J. Heinz undertook to merge with Kraft Foods to form Kraft Heinz, the fifth-largest food and beverage group in the world. The deal was consummated at the beginning of July.

Driven by deal-making juggernaut and Heinz co-owner 3G Capital, the terms of the transaction demonstrated just how successful the Brazilian investment firm's stewardship of H.J. Heinz had already been.

(3G Capital went on to merge the two largest brewers in the world -- Anheuser Busch Inbev SA and SABMiller -- a deal that Berkshire was not involved in. I would guess that Buffett regrets this.)

Then, in August, Berkshire Hathaway initiated its largest-ever acquisition, that of precision component manufacturer Precision Castparts, in a deal valued at $35.66 billion, inclusive of net debt. The deal closed this month.

Good people, good deals
Both deals show the enormous value that accrues to Berkshire as a result of Buffett surrounding himself with talented businesspeople and investors.

3G Capital is a consumer brand-oriented investment firm led by three Brazilian billionaires, who have transformed the global beer market through a combination of acumen, drive and vision.

Meanwhile, Buffett gives credit to Todd Combs for the Precision Castparts acquisition. Combs, an investment manager hired by Buffett to manage part of Berkshire's equity portfolio, purchased the stock in 2012. Buffett admitted that he "really never heard of the company before that."

Buffett has already been effusive in his praise of 3G Capital and Combs in previous shareholder letters, but these recently minted (on Berkshire's timescale) business relationships continue to flourish and create value for Berkshire's shareholders.

Buffett-watchers will be looking for clues for new directions and opportunities for both relationships (without forgetting Berkshire's other investment manager, Ted Weschler).

Stock price vs. intrinsic value
Much of the commentary concerning Buffett and Berkshire Hathaway relates to the stock's recent underperformance, but that is mainly because it is easier to look at a stock chart than it is to think about the company's intrinsic value, which isn't observable.

However, you can be sure that tomorrow's letter will focus on the latter -- which is what really matters to Berkshire's unusually patient and disciplined shareholder base.

Alex Dumortier, CFA has no position in any stocks mentioned. The Motley Fool owns shares of and recommends Berkshire Hathaway. Try any of our Foolish newsletter services free for 30 days. We Fools may not all hold the same opinions, but we all believe that considering a diverse range of insights makes us better investors. The Motley Fool has a disclosure policy.