It was a mixed bag of results for McGrath RentCorp in the fourth quarter, but improvement may be on the horizon. 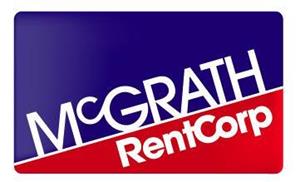 McGrath RentCorp (MGRC -1.65%) reported fourth-quarter results after the market closed on Thursday, ending a rough year for the company. Revenue and earnings both declined, but the worst may be over and there may finally be some light at the end of the tunnel.

Energy demand can't fall much further, and a new investment cycle for communications companies is on the horizon. Before we get to the future, let's go through the fourth-quarter numbers.

What happened with McGrath RentCorp this quarter?
The figures above show a company in broad decline, but a closer look at the numbers shows McGrath RentCorp has areas of strength and weakness. Broadly, weak demand in energy and communications markets hurt results and portable storage continues to gain traction.

What management had to say
In prepared remarks, management said that we're seeing some of the benefits of a more diversified business at McGrath RentCorp. Modular demand is offsetting weakness in electronics and tanks.

While the electronics business is in a lull it may recover from, the tanks business may not be in the same situation. Management said we're in a "new normal" of crude oil pricing that's affecting the liquid and solid containment rental business. That may mean a recovery will be years in the making.

Management was quick to say that 2016 would be a very uncertain year for the company. Low energy prices and economic uncertainty makes it difficult to predict what customers would be demanding this year. But they did say that rental revenue will be flat to up 3%, sales revenue will be flat, and sales and administrative costs will be up slightly to $106 million-$108 million from $100.0 million in 2015. So it may be another slow but steadily profitable year ahead.

Looking forward
2016 certainly won't be a blowout growth year, but we should see some stability in demand and another solidly profitable year. The increased dividend also leaves the stock with about a 4% yield. That's a great payout, and by the look of it, operations will be solid as well until energy and electronics markets recover.

Travis Hoium has no position in any stocks mentioned. The Motley Fool recommends McGrath RentCorp. Try any of our Foolish newsletter services free for 30 days. We Fools may not all hold the same opinions, but we all believe that considering a diverse range of insights makes us better investors. The Motley Fool has a disclosure policy.