Please ensure Javascript is enabled for purposes of website accessibility
Log In Help Join The Motley Fool
Free Article Join Over 1 Million Premium Members And Get More In-Depth Stock Guidance and Research
By Asit Sharma – Feb 29, 2016 at 10:01AM

The payments processor appears to be holding its own in the increasingly crowded payments space. We look at five pertinent observations made recently by the company's management team that provide a business context for the rest of the year. 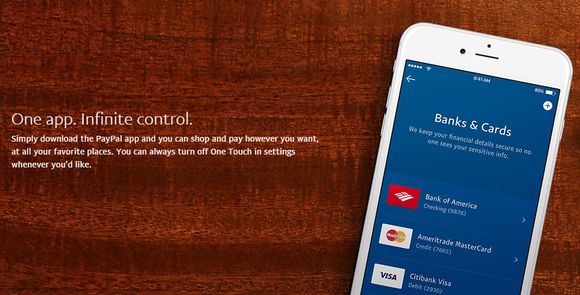 It's early yet, but in the seven months since PayPal Holdings (PYPL -0.79%) completed its spin-off from parent eBay Inc., the payments processor appears to be justifying its separation. Despite numerous challenges from competitors, PayPal's metrics keep improving. In the company's most recently reported quarter (Q4 2015), revenue growth reached 17%.

More significantly, PayPal's TPV, or total processing volume, a measure of the total amount of transactions the company facilitates, grew 45% on a currency-neutral basis during the fourth quarter, to $82 billion. As management pointed out in PayPal's earnings release, this rate exceeds the total growth rate of the e-commerce market, indicating that PayPal is gaining market share from competitors.

PayPal's executive team detailed the company's current competitive situation during its earnings conference call last month. Below, I've listed five key observations management made during the call, which I believe provide an excellent context from which to evaluate PayPal's performance in the remaining quarters of 2016.

1. Customer acquisition has yet to slow down

Excluding the acquisition of Xoom, we added over 5 million new accounts in the quarter, which was a high-water mark for the year. At the end of the quarter, 56% of the total active accounts were outside of the US, demonstrating our global reach.

Data source for this and following quotes from Thomson Reuters StreetEvents edited transcript.

The acquisition of international remittances provider Xoom last year added 1.6 million new customers to PayPal's total customer base. As Rainey did above, let's exclude these for a moment and look at those 5 million new user accounts picked up in the normal course of business. From Q2 2015 to Q3 2015, PayPal tallied 4 million new accounts, so on a sequential basis, we can see that the organic rate of customer acquisition is accelerating -- it added 25% more new customers organically in Q4 than it did in Q3.

One metric shareholders should always seek to understand when evaluating new and total customers is the activity of these users over a given time frame. PayPal reported that it ended the year at an average of 27 annual transactions per active account. This is an improvement over the rate of 24 annual average transactions the company recorded in Q2 2015, just before it debuted on the public markets in July. So PayPal is presently enjoying two desirable trends that, taken together, invigorate revenue growth: faster customer acquisition and higher customer activity.

2. PayPal continues to attract merchants through a self-reinforcing cycle

Our continually expanding customer base strengthens our competitive position and makes our platform deeply relevant to merchants and partners around the world.

Just as analysts and investors keep an eye on PayPal's growth rate and customer acquisition, merchants of all sizes take note of its ability to add millions of customers each quarter. Let's return to customer acquisition and now include users gained in the Xoom purchase. PayPal's 6.6 million new customers in Q4 2015 alone brought the number of active customer accounts at year-end to 179 million.

Statistics like these are perhaps the most effective marketing tools PayPal can use when reaching out to prospective merchants. And each new merchant it adds to its system gives the processor access to potential new user accounts. This is especially true of international merchants, who will provide many global visitors with their first glimpse of PayPal's checkout options and payment platform.

3. Competition is a threat, but, ironically, it's also a driver of PayPal's business

Most of us can sympathize with the consumer predicament Schulman describes above. It seems that large companies across a wide spectrum of the retail industry see payment processing as a natural and potentially lucrative extension of existing business. From Wal-Mart, to Chase, to Samsung, consumers are confronted with a new payment system introduction every few weeks.

Schulman is correct to imply that this plethora of choices is nearing a point of counterproductivity for the average person. For example, most mobile payment-enabled consumers still have traditional bank cards and credit cards in their wallets that can be used in both online and physical transactions.

PayPal's strategy has been to develop "platform and technology-agnostic" payment options, which allows it in many cases to partner with or become part of competitors' platforms. For instance, PayPal's versatile digital wallet, which several competitors have copied, allows users of its mobile app to select their payment method of choice in a transaction, be it PayPal, bank checking account, or credit card, as shown in the image at the top of this article.

The company's credibility as a platform for mobile payments is rising due to the feature known as "One Touch." One Touch enables a PayPal account holder to purchase goods from PayPal merchants with a single click, by securely storing login and billing information on the user's computer or mobile device. The company announced this week that in the 10 months since One Touch was launched, it's garnered 18 million users across 143 global markets, with 20% of total registrations completed in the last month alone.

Faced with a confusing array of choices for making digital payments, customers are apt to choose products that are proven, universally accepted, and offer the greatest ease of use. Through a determination to evolve as a relatively open platform, and through features like One Touch, PayPal is positioning itself to benefit from increased competition, rather than be swallowed by it.

4. Venmo is still a fraction of our revenue, but it's seeing rapid adoption

The growth of Venmo clearly conveys our ability of our platform to connect people to each other by offering simple and engaging ways to move money. This past year Venmo processed $7.5 billion in payments, up 213%, with $2.5 billion of this volume being processed in the fourth quarter alone.

In the quote above, Schulman describes the explosive growth of Venmo, a social payments app that PayPal acquired when it bought mobile payments specialist Braintree for $800 million in 2013. Venmo, among other features, allows for split payments of restaurant checks among friends, and is, according to Schulman, "the most beloved way to pay for Millennials." Venmo announced on its blog this month that its TPV in January crossed $1 billion -- a new monthly milestone.

Acquisitions like Xoom and Braintree (and by extension, Venmo) answer the question of how PayPal will sustain its revenue growth moving forward. PayPal's model proves that the right acquisitions can support top-line expansion when sales might be expected to flag. Thus, we can expect that the company will continue to make small, "tuck-in" acquisitions in the coming years as it fulfills goals such as providing merchants with tools for in-store interaction with customers at, and even before, the point of sale.

5. We're generating enormous cash flow and will return some of it to shareholders

With CapEx coming in at 6% of revenue, free cash flow in the quarter was $564 million, representing $0.22 of free cash for every $1 of revenue.

To move beyond its early incarnation as simply a payment button on merchant sites, PayPal has made investments that have temporarily decreased its "take rate" -- that is, the amount the company nets on each transaction it facilitates. Management points to volume discounts offered to the larger merchants it wants to sign up, as well as increased activity at Braintree, which has a higher transaction expense, as factors behind a total transaction margin that declined 250 basis points during the quarter, to 61.1%.

Nonetheless, the decline in take rate is somewhat offset by PayPal's continued aggressive transaction volume growth. Also, the company is quite profitable -- in the fourth quarter, PayPal booked a net profit margin of over 14%. It generates extremely healthy cash flow, and hasn't wasted any time post spin-off from eBay in deciding what to do with excess cash. Management announced a significant $2 billion share repurchase program when it released results last month.

If you extrapolate the single quarter free cash flow generation of $564 million mentioned in Rainey's quote above, the repurchase authorization could theoretically be completed within a year, with no need to dip into existing cash balances or tap into credit facilities. Of course, PayPal may choose to buy back its shares at a much slower clip. Still, for investors who supported PayPal's independence last year, the repurchase represents a welcome reward, coming so soon after 2015's midyear spin-off.

Asit Sharma has no position in any stocks mentioned. The Motley Fool owns shares of and recommends eBay and PayPal Holdings. Try any of our Foolish newsletter services free for 30 days. We Fools may not all hold the same opinions, but we all believe that considering a diverse range of insights makes us better investors. The Motley Fool has a disclosure policy.