Please ensure Javascript is enabled for purposes of website accessibility
Log In Help Join The Motley Fool
Free Article Join Over 1 Million Premium Members And Get More In-Depth Stock Guidance and Research
By Daniel B. Kline - Mar 1, 2016 at 7:00AM

The company sells a lot more than its signature soda, and it's well prepared for a changing market.

As sugary beverages have fallen out of vogue, the company has moved into pretty much every product that can be packaged in a bottle or can. It also has multiple snack lines, including Lay's, Cheetos, and Doritos, as part of a product portfolio that boasts 22 brands that generate at least $1 billion in annual sales.

This diversity helped the company grow organic revenue by 4% in the most recent quarter and 5% for full-year 2015. Pepsi was also able to deliver "core" earnings per share of $1.06 for the quarter and $4.57 for the year, according to its earnings release.

"We are happy to report that we met or exceeded every financial goal we set for 2015, demonstrating consistent performance in the face of volatile macros," said CEO Indra Nooyi. 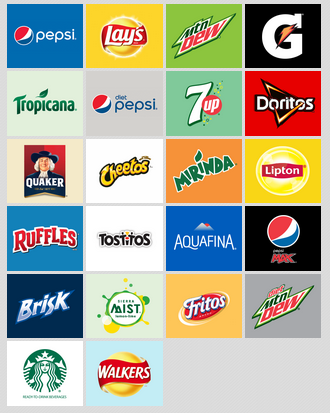 These are the 22 billion-dollar brands Pepsi sells. Source: Pepsi

As you will learn, there are convincing reasons to believe Pepsi stock could rise going forward.

Built for diversity
While soda, even diet brands, have seen sales fall over health concerns, Pepsi has its bases well covered. In addition to its signature soft drinks, it has healthier products such as the Tropicana juice line, Lipton teas, Quaker, and even Aquafina water.

The company has also been working to spread out its product line, not just to deal with changing tastes but also to better operate in various parts of the world.

"Our portfolio has been strategically designed to weather the current macroeconomic challenges. Our results reflect the balance of our brand portfolio, geographic footprint, consistent marketplace execution, and a relentless focus on productivity," Nooyi said. "By making investments in our brands, product innovation, and supply chain, we have fortified our business for sustained growth. Notably, we increased advertising and marketing expense as a percentage of sales by 40 basis points for the full year and 85 basis points in the fourth quarter."

The company keeps paying out
Pepsi has paid a consistent dividend that has supported its share price -- the stock currently yields an attractive 2.8%. Going forward, the company plans to continue that practice while also continuing its share buyback program.

"Our financial performance translated into strong cash generation, enabling us to continue to provide attractive cash returns to our shareholders," Nooyi said.

She explained that the company returned more than $9 billion to shareholders in the form of dividends and share repurchases in 2015, bringing its cumulative 10-year shareholder cash returns to more than $65 billion. And in 2016, returning cash remains a priority.

"We are increasing our dividend per share for the 44th consecutive year, beginning with our June 2016 payment, and we expect to return approximately $7 billion to shareholders through a combination of dividends and share repurchases," she said.

New sodas are slowly (maybe) taking hold
While the American public says it wants healthy food and drinks, it can often be won over with products that appear to be healthy. Both Coke and Pepsi have been trying to increase soda sales by going after that audience. In Coke's case, the company is offering Coke Life, a lower-calorie beverage sweetened with stevia and cane sugar -- so-called healthier, natural sugars. Pepsi has followed with a line of beverages featuring real sugar rather than high-fructose corn syrup.

Pepsi is growing its "Made with Real Sugar" line

These drinks have been on shelves since the middle of 2014, and they have not yet resonated with consumers even as the media portrays corn syrup as some sort of health villain. But just because real sugar offerings have yet to become blockbuster products for either of the major soda brands doesn't mean they won't.

In a piece I wrote when Pepsi first created its real sugar line in 2014, I cited a 2008 survey from NPD, which said high-fructose corn syrup was a top food safety concern for 58% of Americans. Only Salmonella, E. Coli, trans fatty acids, mercury in fish, and mad cow disease scared more people.

I said it then, and I believe it now, that ultimately Pepsi and Coke should be able to spin those fears into big-selling drinks. Pepsi doesn't break out sales by beverage in its quarterly reports, but you can imagine the company would be crowing if the real sugar line had joined the billion-dollar club. Still, Americans haven't let up on their campaign against high-fructose corn syrup or their desire to do things that at least seem healthy.

It hasn't clicked quite yet, but real-sugar sodas might be the kind of slow-building hit that happens right under our noses. If it does, then Pepsi will be well positioned to profit from the boom.