Consumers think smartwatches are too expensive for what they do. 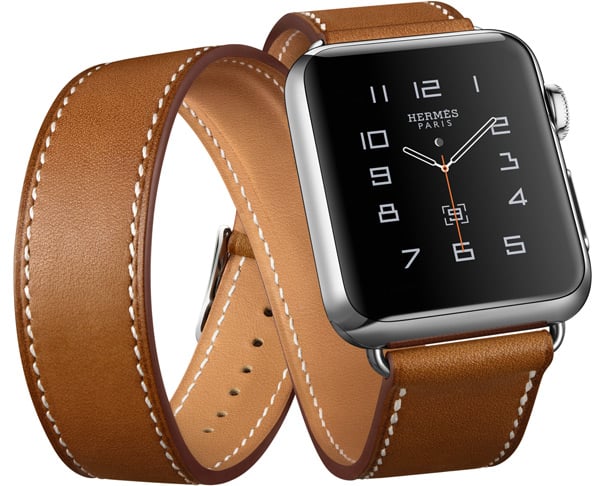 Sales of the Apple (AAPL 2.45%) Watch are off to a good start, but it's not exactly the game changer many investors were hoping for. Many consumers still hesitate to buy a smartwatch, whether it's an Apple Watch, an Android Wear device using software from Alphabet's (GOOG 5.20%) (GOOGL 5.11%) Google, or a Fitbit (FIT) Blaze.

Apple's not going to lower the price
It's highly unlikely Apple will lower the price on its smartwatch. Apple creates premium hardware products that command premium pricing. It competes by providing better value. That's why the iPhone has been the same price for seven years despite lower priced competition taking market share.

Still, other manufacturers making Android Wear devices might drive down the average cost of a smartwatch. But in the long run, cheaper smartwatches may be good for the Apple Watch.

With 38% of consumers saying they don't have enough reason to use a smartwatch, manufacturers face a chicken-and-egg situation. In order to attract more developers to the platform and discover more uses for smartwatches, consumers have to buy them. Proliferating inexpensive hardware will create more smartwatch software developers.

Apple and Fitbit have both gone after the fitness niche with their smartwatches. But the number of people that will buy an expensive fitness tracker is limited even though Apple's brand has taken it further than most. Apple had pent up demand for a smartwatch from its fans and customers leading up to the release of the Apple Watch.

But a strong brand, such as Apple's, isn't always enough. When Fitbit, one of the strongest brands in wearables, launched a rival device to the Apple Watch, the Fitbit Blaze, investors punished the stock because its price point was incongruent with its functionality compared to the rest of Fitbit's lineup. Now, Fitbit's management is saying the Blaze is in part to blame for its poor outlook for the first quarter.

The iPhone as an example
The original iPhone wasn't an immediate hit, either. Starting at $500 (4 GB model), its functionality was limited: no app store, available exclusively on AT&T's network, and only 2G data speeds. In its first full year of sales (fiscal 2008), Apple sold 11.6 million iPhones. Apple isn't releasing numbers for the Apple Watch, but estimates put it at around 12 million units in 2015 since its launch in last April.

Apple iterated quickly with the iPhone and added a lot more functionality thanks to third-party developers. Apple did lower the price of the original iPhone (8 GB model) to $400 shortly after launch to help spur sales. And when the next version came out in June 2008, Apple capitalized on AT&T's willingness to subsidize the phone, bringing the price down to $200 (even though the actual hardware price went up $50 to $650). These price cuts helped proliferate the iPhone and smartphones in general, which ultimately led to innovative mobile apps. As a result, sales of iPhones grew substantially over the next eight years, and now account for about two-thirds of Apple's revenue.

While the Apple Watch may not grow to be as popular as the iPhone (its market is more limited), the latter shows that it can take years before a device gains mainstream appeal. Apple successfully accelerated that timeline in the past with the iPhone, and used what it learned to grow sales of the iPad even faster. The Apple Watch also appears to be selling faster than the iPhone thanks to the built-in ecosystem of Apple users, but it will still take time to gain mass appeal and improve functionality.

Apple should be able to overcome consumers' biggest objections to smartwatches, but not by lowering its price. Just as it ultimately increased the price of the iPhone while adding more functionality, investors could expect something similar from Apple Watch.